Rocking its way onto Steam as an Early Access product at the end of last month was Metal Heads. This thumping party game is the result of tireless work from solo developer Nathan Francis and a game release we’ve been looking forward to ever since we got to play it at PAX Aus 2019.

The Checkpoint crew were lucky enough to jump into a session of Metal Heads alongside the game’s developer so we could check it out, see how it has evolved since last we played, and get some insight into the future of this product.

Filling out an 8-person online lobby, we threw ourselves into the “Continuous” minigame mode of Metal Heads where we were able to check out all 18 minigames on offer for the game’s Early Access launch. Metal Heads at its core is a party game that offers a selection of minigames for you to compete in alongside your friends. Accompanying each minigame is a tutorial/practice screen as well as an absolute banging soundtrack by musician Andy Gillion.

We discovered that Metal Heads is a rather generous and ambitious offering. Every minigame is unique and compelling and offers a battlefield for you to compete for supremacy over your friends. There are minigames clearly inspired by classics like Bomberman, Tron or even Pac-Man and a whole bunch that felt fresh as well. The minigames that worked best for me were those that were simple and efficient. “Oh Balls!” had you competing on an ever-shrinking stage as you tussled to keep your ball in the middle whilst knocking others off the edge. “Deadly Disco” had us competing on a multicoloured disco floor where you’d have to find and occupy certain coloured tiles all whilst tiles fell around you. Perhaps my favourite, “Melting Memory”, had us memorising a string of sequences unique to our character as the playspace around us spun confusingly and those unable to keep up were engulfed in flame.

We then jumped into the game’s boardgame mode that had us moving around a board strategically with minigames played in between rounds. The Mario Party comparison is a pretty obvious one but Metal Heads finds a way to make things feel new with its own ideas and perspectives. For instance, your character doesn’t move around the board automatically, you have to take control yourself and try to get to where you need to be all whilst dodging hazards and feeling the pressure of a time limit. It’s also great to see a new competitor to Mario Party because I think it’s pretty safe to say that we need more of these types of party games anyway. 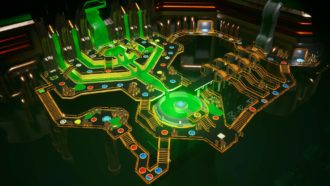 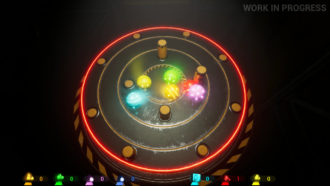 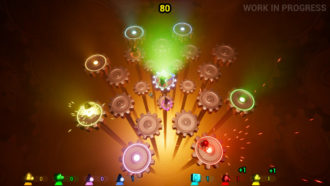 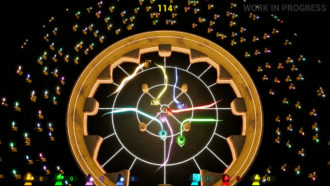 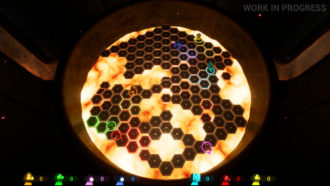 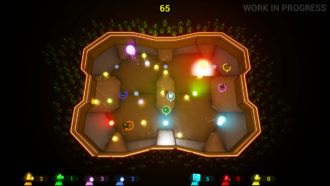 In our time with the game we got to see a lot of what was on offer, but we also got to hear a lot of what’s planned in the future too straight from the developer’s mouth. Importantly, the first key area of development for Metal Heads is bug-fixing. This is standard fare for an Early Access release but it’s important for consumers to be aware that the game isn’t in a perfect state right now. In our time with the game, we did experience quite a few bugs. Nothing that ruined the experience for us but it was certainly buggy enough to make an impact. Luckily the game’s developer is an absolute workhorse and already in the week between playing the game and writing this article he’s already found and squashed a significant amount of the bugs we encountered.

What will be a bit more challenging (I assume) is optimising the game for online play. We discovered the game’s host had a bit of an advantage in some minigames as the lag could impact other players negatively. This was especially true in minigames with a lot of moving parts. It’s one of those areas we fully expect will continue to be worked on and improved, but once again it’s worth noting that online play isn’t in a perfect state. Thankfully the game openly signposts these issues, helping players find the minigames and modes that currently work best.

At the moment, Metal Heads is in its best playable state when playing locally rather than online, and when playing continuous or specific minigames rather than the boardgame mode. With this in mind, the Checkpoint crew absolutely played the game in the least optimal way, and even then we still had a heap of fun. It’ll be great to continue checking in on the game as it develops through Early Access because we can see just how much awesome potential is there. 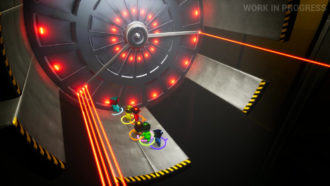 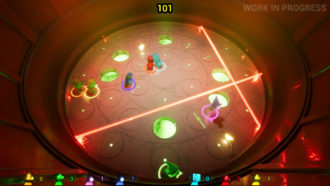 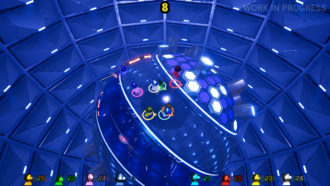 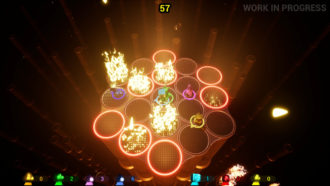 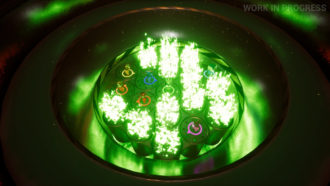 Undeniably, Metal Heads has a fantastic soundtrack. Music has such a power to imbue life and energy into a game and I couldn’t help but feel invigorated by the thumping soundtrack in Metal Heads. This is a game that understands its identity and it’s all the better for it. The metal music, the industrial grime of the levels, even the adorable metallic characters who headband along to the tracks. It’s not too often we see such a love lever to metal music in video game form and even as somebody who isn’t typically into metal music, I can promise there’s a lot to like here.

The game’s minigames, when they work at their full potential, are genuinely fantastic. There’s no filler minigames here or any of the really basic, single-button minigames you’d find in a Mario Party. Every minigame is fun and different and as a whole it makes for a really enticing product. Yes there’s absolutely some more work that needs to be done to expand, fix and optimise the experience that’s currently on offer. But I have faith that once that’s done we’re going to have an absolute banger of an Australian party game on our hands. We can’t wait to see more of Metal Heads.

You can find Metal Heads on Steam.