When we talk about game development over the past year during a global pandemic, there is a tendency to lament all the delays for big titles still yet to drop. But this is only half of the conversation. It ignores the mental health of the workers. But what if there is no boss to push you to work? What if you realise game development is impacting your mental health? Well according to Deconstructeam’s Jordi de Paco, you reframe how you work, to serve your own needs.

Jordi de Paco is a game designer, writer, programmer, and one-third of Deconstructeam, an indie studio based in Valencia, Spain. Deconstructeam has been making games for about 10 years at this point, with most of the highlights available on their itch.io page. However, as de Paco says, itch.io is a rather niche platform. Most gamers will be more familiar with Gods will be Watching and The Red Strings Club, their two Devolver Digital published Steam titles. Both of these are classic examples of taking ideas hashed out in game jams, and fully decking them out for a full release. With their next project, however, they chose a different format.

Essays on Empathy describes itself as a “curated compilation of Deconstructeam’s best efforts in seeking new narrative experiences in games”. Although it’s also more than just a collection of great games. This is a chronicle of the life of an indie studio. The 10 games are curated from the team’s last decade of work. From Underground Hangovers for Ludum Dare 32 in April 2015 through to De Tres al Cuarto made specifically for the upcoming collection. Each of these games chronicles another evolution in studio Deconstructeam, and in their approach to developing games. The collection will also have a lot of additional content including sketches, concept art, music, and an hour-long documentary delving into how things were changing behind the scenes.

Of course, the first hurdle in posting games from across your developer history is reacquainting yourself with older titles. Underground Hangovers is notable in how it is different from what is now Deconstructeam’s established style of game. Rather than focussing on narrative, the first game in this collection is more focused on Metroidvania-style gameplay. However, despite his reservations, Jordi was actually really pleased with it upon revisiting.

“We weren’t that bad… there were nice ideas here… We decided to include it [in the collection] because it feels like an end of an era for Deconstructeam. It’s like this is the last game we did just for fun.”

One notable thing about a lot of these games is that they’re the products of game jams. It’s pretty awe-inspiring, I must say. Six of these titles come from Ludum Dare, a game jam that’s only 72 hours long. Even more impressive is the fact that these games are the same versions submitted for their original jams; no touch-ups, no amendments.

“Beware these are underground pieces of software, they don’t have save states, they don’t have pause menu or audio… you just click on them and play them, some of them don’t even have a close button.”

Releasing these games in their original form is a bold move that showcases a great deal of confidence in the original creation. Small exceptions do apply. For instance, each game now comes with its own little blurb. Crucially, this also includes some content warnings that are very much needed, as these games can touch on some dark subject matters.

Getting a game done in 72 hours is an absolute feat. However, Jordi notes that another advantage to this creation method is that a short deadline can make it easier to delve into certain topics.

“Maybe some of these themes wouldn’t have been tackled if we had more time… in a longer project you get to second guess yourself a lot.”

It was only in a game jam environment that certain games in this collection could ever be made. Within a collection of games involving blood rituals, hitmen, and body horror, Behind Every Great One is arguably the darkest. It’s a game that seems to take a sober perspective on abusive relationship dynamics in a realistic setting. The constraints of a game jam helped ease the process of talking about a theme that was very personal and difficult to tackle.

“Writing what I saw through my parents and my grandparents and what I replicated later when I was in a couple of relationships. Some of these heavy things you wouldn’t dare to talk about throughout a year, you need to just dive into them for 72 hours or maybe a week and you get out and get some self-care and hug the people that you love because it’s tough to go through.” 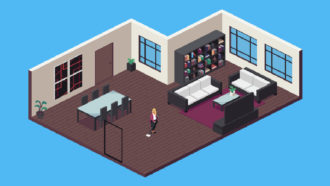 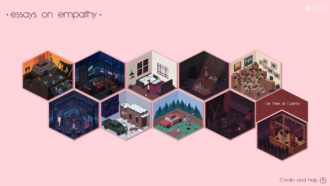 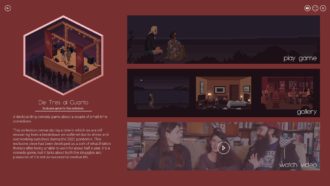 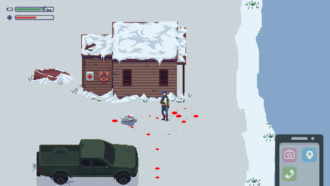 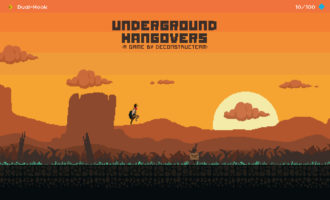 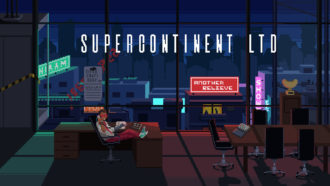 The real heart of Deconstructeam’s issues over the years is one that is common to a lot of creative industries: the idea of the “starving artist”. Pride in one’s work is a good thing, but prioritising one’s work over one’s health is not a good way to live. In creative work, this is a real issue. There’s a mythology about artists that can sustain themselves on creating good art, ignoring that artists need resources to survive like everyone else. In the game development industry, AAA CEOs have invoked this idea to justify crunch and similarly harmful practices. What we sometimes ignore though is that this mentality can be a cage that artists also construct for themselves. We’ve been thinking for so long that any kind of sacrifice, any kind of work you put into a project is worth it for the sake of the end-product.

Things came to a head for Deconstructeam during the COVID-19 pandemic. As workforces left the crowded office, atomised among their individual homes, some studios found themselves in a bit of a rut. However, some smaller studios had no issues. With a smaller group, all that it takes is places to share information to keep the ball rolling on a game’s development. So, like so many others, Deconstructeam resolved to use their time in lockdown to make something cool, but it came with some unintended consequences.

“We had the happy idea of, since we’re confined and we cannot get out, let’s work a lot. And when this is all over we can get out and play with all the work already done. But it happened to be a really bad idea because around September last year we broke down. Like pretty badly, super burnt out. And we got like anxiety attacks and needed to stop working on the project altogether. Had to take a long break and we all three went to therapy and all because we overdid it way too much.”

Deconstructeam’s journey all leads back around to today, to Essays on Empathy as a project. This project is as de Paco describes it, “a means of falling back in love with making games and getting back into making games again… a therapy game”. It also lets the team refine their perspective on a “creative life”, and their philosophy moving forward. It’s an inspiring philosophy that more people, myself included, need to subscribe to: to not create exclusively as a service for other people, but also as a service to oneself.

“Now we know that the most important part is that you enjoy the process… it doesn’t make any sense if throughout two years you haven’t been happy doing it… We are going to focus on designing games that are not only nice to play when they’re done but produce happiness for the people who are involved in the development of making the game.” 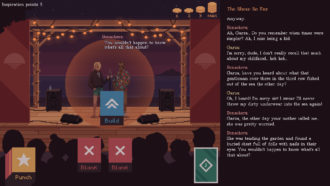 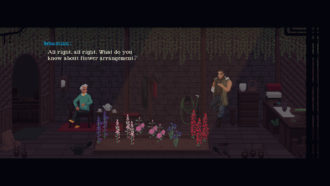 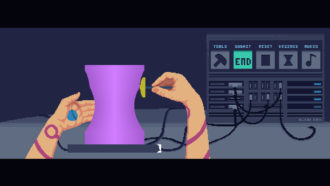 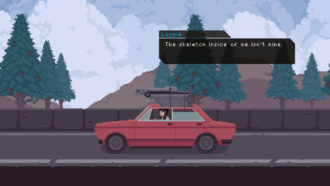 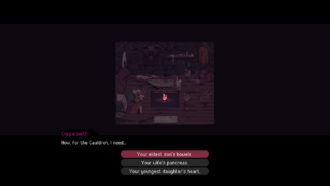 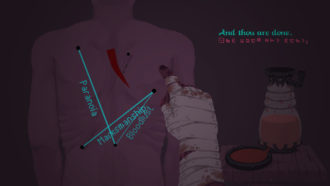 Essays on Empathy is set to release onto PC via Steam on May 18th. We can’t thank Deconstructeam and Jordi de Paco enough for sharing their story of development with us here at Checkpoint.