The Magnificent Trufflepigs is a stage-play in disguise

Snuffle for treasures and bask in the quaint English countryside in The Magnificent Trufflepigs, a walking simulator from developer Thunkd and publisher AMC Games that touts itself as a “first-person, romantic, metal-detecting game”. Discover scraps of ancient history in idyllic, peaceful fields, and uncover the depths of protagonists Beth and Adam’s mysterious and controversial friendship in a narrative experience that can be completed in a single evening.

Beth, an incredibly busy executive, is devastated to find that a farm in the village of Stanning that she used to visit as a child is being sold in a week’s time. She decides to spend the week reliving her most precious memories, searching the farm’s fields for treasure with her trusty metal detector and her friends (the titular Trufflepigs – no, not actual pigs, much to my disappointment). Since her childhood gang are all busy living adult lives (and her fiance Jake is spending the week drinking with his mates before their wedding), Beth invites her old friend Adam to join her. The two have not spoken in years, and what follows is a week of uncovering the past: both physically through finding metal scraps on the farm, and emotionally within Beth and Adam’s friendship. Most of all, Beth wants Adam’s help to find something special: as a child, her happiest moment was discovering an expensive earring in the fields, and she’s desperate to return to find its pair before the farm is sold.

The extent of “gameplay” in The Magnificent Trufflepigs is limited to slowly scouring fields in first-person with your metal detector, digging up any scraps of metallic treasures from decades past. You are given a map of each field, and Adam marks the map wherever you find something so that you don’t mistakenly re-tread explored ground. When you detect an object, Adam will send a photo of it to Beth, and the pair will usually text back and forth about the object or chat on their walkie-talkies in response. Occasionally, you might spot something interesting in the countryside nearby, such as a helicopter or a hang-glider overhead: focusing the cursor on these events will prompt Adam to send a snap to Beth, prompting more dialogue (and unlocking achievements). As far as in-game activities to do, that’s about it. All of this facilitates, prompts, and provides breathing room for conversations between Beth and Adam.

Since the crux of The Magnificent Trufflepigs relies on the voiced dialogue between the two characters, it’s relieving that the voice-acting is well produced. The regional accents of Beth and Adam add to the English-ness of the entire endeavour, their banter punctuating the quaint countryside views. The writing is mostly solid, with a real sense of theatre. Some of the interactions felt like listening in on a scene study class at drama school (which is not a criticism, more of an aesthetic vibe). Visually, the environments are beautiful in a sort of quaint, nostalgic way. The lighting in particular evokes a feeling of a childhood spent in the country, with bright morning hues and patches of shade from wandering clouds. 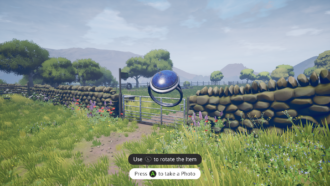 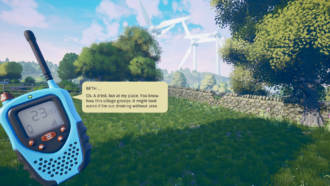 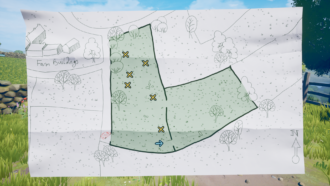 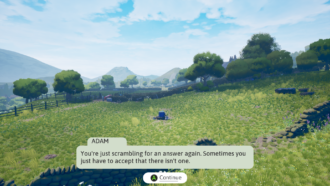 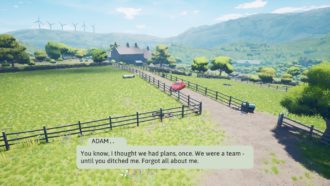 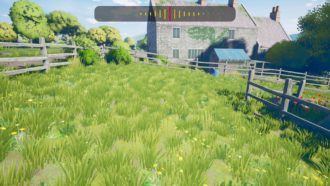 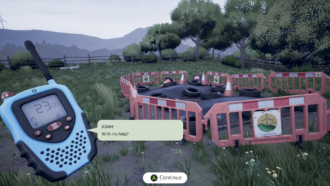 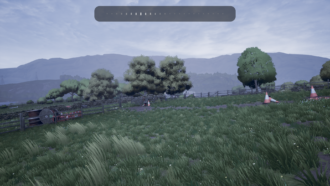 I’m loathe to spoil a story that only takes around three hours to complete, so I won’t comment on the particulars of the narrative – however, much of your enjoyment with the game will depend on how you receive the characterisation of Beth, and how you feel about her relationship with Adam. I’d advise against checking Steam reviews in this case (which devolve pretty quickly into “Girl Bad”) and making up your own mind. Initially, it does feel as though Beth is using Adam’s friendship to escape from her misgivings about her upcoming marriage, but as the story progresses, you discover a few twists that reframe the entire narrative. It’s neat, and most of the moments of character development happen after you’re already invested in the pair, which makes the finale feel like a genuine payoff. While lacking the depth of something like Firewatch, there’s enough of an arc here to get stuck into.

Despite being a little disappointed by the lack of actual pigs in-game, I’m going to remember my time with The Magnificent Trufflepigs fondly. It provides a relaxing, idyllic English countryside to wander in for a few hours, led by the slow-paced reflective dialogue that echoes a decent play-reading at a fringe festival. Not something you’ll always be in the mood for, but comforting and undemanding. If you’re missing theatres in lockdown or you’re just looking for a mildly interactive story to take your time with, you could do worse than spending a night hunting for treasures with Beth and Adam.