The Ace Attorney series is an illustrious one, and is a beloved favourite among handheld gamers. The Great Ace Attorney: Adventures and its sequel The Great Ace Attorney 2: Resolve were tragically lost to us for many years, being some of the few games in the series that did not receive a release in the West. Although attempts to create fan translations were made, Capcom ended up cracking down on them; and this is perhaps why.

While the original trilogy always was set in Japan, the English versions of the games relocated the story to take place in America, re-naming every character and changing small aspects to make the dialogue more in-line for Western characters. It worked quite well for the most part, though the illusion would often stretch to breaking point whenever the story focused more on inescapably Japanese characters, like a family of Yakuza or a mountain village full of spirit mediums. That such stories are supposedly taking place somewhere in America is a well-known joke among Ace Attorney fans.

That just wouldn’t fly for the Great Ace Attorney and its sequel, though. The two games are set just after the turn of the 20th century, when a cultural revolution in Japan was taking place due to an influx of Western influence, with The Great Ace Attorney’s plot surrounding the changes this brought to Japan’s legal system. There’s just no way to pretend it’s taking place in America, which may have been why it’s taken so long to get these two games localised in the West in the first place.

“… it all feels familiar in the best possible way.”

Playing through the content we were given, though, I can’t imagine why they thought we in the West would like this any less. Everything seems to be here –  the soundtrack, the look and feel, and the amusing back-and-forth between defence and prosecution – it all feels familiar in the best possible way.

Protagonist Ryunosuke Naruhodo is still described on Capcom’s website as Pheonix Wright’s ancestor, so it follows that Pheonix is canonically Japanese-American in the English games. It changes nothing, but it’s a pretty cool way to tie the original Japanese games to the English versions of its characters which have become so iconic.

It takes precisely no time at all to become enamoured with Ryunosuke and his anxiety-riddled ways. Everything about his design to his animations in the courtroom oozes nervous energy compared to his cool, composed, and majestic katana-wielding best friend, Kazuma. The two are best friends, with Kazuma tagging in as assistant for the first trial when Ryunosuke is forced to defend himself in court against a charge of murder.

You’d never know this game originally appeared on the 3DS’ tiny screen. They must have done some major touch-ups to make The Great Ace Attorney look this good. Ace Attorney has always featured a beautifully detailed art style, and has been limited only by the tiny screens that displayed them. But Ace Attorney will finally be available not only on Nintendo Switch but on PC and PS4, and Chronicles poised to make the most of the TV screen.

Returning from Pheonix Wright Vs. Professor Layton is the ability to cross-examining multiple witnesses at once, where you can ask co-witnesses for their opinion about the testimony at hand. What’s new is the inclusion of the Jury – a collection of 6 British citizens that must be convinced of the defendant’s innocence. In a dramatic last-ditch effort showdown, Ryunosuke can face the Jury head-on and prove that their understanding of the case is flawed.

Another new dynamic is the team-up with Herlock Sholmes, an overbearingly obvious play on Sherlock Holmes. In an amusing play on the character, although his powers of observation are impressive, his powers of deduction leave much to be desired. In segments starring Herlock, Ryunosuke must redirect Herlock’s attention from the wrong things to help him come to the right conclusion. 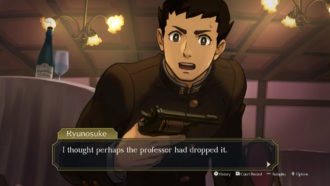 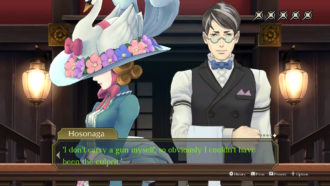 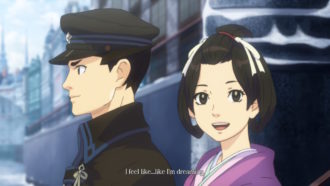 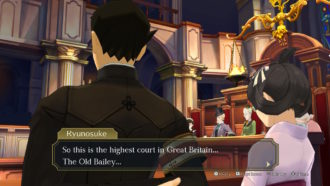 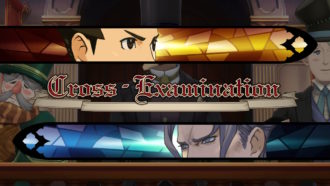 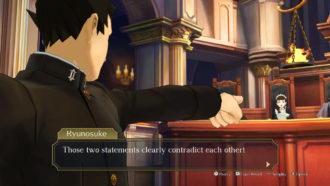 I’d love to reveal more about the mysteries, but I’ve been told to keep my lip zipped. All I’ll say for now is that the overarching story seems very promising, and I’m excited to see more.

This early look at The Great Ace Attorney Chronicles has made me more excited than ever to see the full release. Everything I saw impressed me, and if it delivers on its promises, it will be an instant hit with any Ace Attorney fan. We only have one more month left to wait before the game finally comes to the West after all these years, as its launch date is set to July 27 on Nintendo Switch, PS4, and PC. Keep your eyes peeled for our review closer to launch date!