Sonic Colours: Ultimate Preview – The rainbow is coming back

This year’s offering for Sonic’s anniversary is Sonic Colours: Ultimate. Sonic Colours, which originally released on the Nintendo Wii in 2010, is generally considered by Sonic fans to be ‘one of the better modern Sonics’, which is about as good as you can expect from Sonic games of that era. Sonic tragics may have been hoping for something more exciting during Sonic’s 30th-anniversary announcement, but while we wait for Sonic Rangers, at least we’ll have a remastered Sonic game that, according to a preview we were given access to this week, seems well worth playing.

I got to play the first world of Sonic Colours, Tropical Park. Although playing without a Wii controller felt strange, it wasn’t long before everything felt natural in my hands. Since this is a remaster and not a remake, it isn’t surprising to see that it doesn’t play any differently. The game boasts a few quality of life upgrades, though I admit I didn’t notice any in the brief time period I had. That being said, it’s been over 10 years since the original. The fact that nothing felt outdated or janky is a sign that the upgrades are working as intended.

I didn’t expect to be wowed by the upgraded graphics. After all, Sonic Colours already looked great even on the Wii. Playing the demo, I took note that it definitely looked better, but I chalked this up mostly to the increased resolution. It wasn’t until I went away and compared what I’d seen to the original that I realised just what a touch-up it is. Sonic Colours: Ultimate is looking great, and the upgraded graphics enhance an already beautiful game.

Check out the comparison below:

Beyond some background textures that are still a little flat-looking, it looks as good as a brand new Sonic game might. The UI is crisp and clear, and everything’s been adjusted to fit the widescreen. Sonic himself has had a makeover too, from the looks of it – his proportions are more in line to match modern Sonic, which more or less just means that he’s a little slimmer.

The brand new Wisp is the Jade Wisp, which is a ghostly little fellow that will allow you to pass through solid objects to access areas you normally couldn’t. It’s a slower-moving ability that is meant for exploring the level, and I can already see how it will be used in combination with other Wisps – although I much prefer the Wisps that allow Sonic to keep his momentum going.

Since the preview only covered the first world, we don’t yet have a good indication of just how much the levels have changed to adapt to this new Wisp. So whether or not the Jade Wisp will be a memorable edition to Sonic Colours Ultimate is still to be seen.

As much as I wanted to learn more about the extra features that Ultimate comes with, that wasn’t part of the preview. We were given some images that show what kind of customisable options we can expect, however, and they do seem pretty cool. There are even a few achievements, which might add yet more replay value to the game. The new Rival Rush Mode, in which you can face off against Metal Sonic, was unfortunately also missing from the preview.

Sonic Colours already had an extra gameplay mode called ‘Sonic Simulator’, but it was generally considered to be not very fun. If you ask me, that’d be because Sonic Simulator focused more on platforming than speed. Rival Rush Mode at least promises something on the fast side, so it may do a little better in the minds of Sonic fans. It will be interesting to see if this new Rival Rush Mode replaces Sonic Simulator, since the latter is required to unlock Super Sonic. Whatever the case, a new mode will be more than welcome. 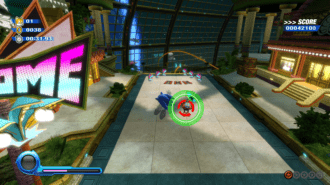 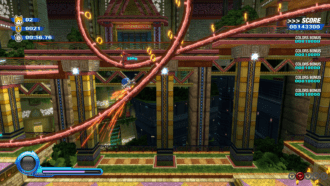 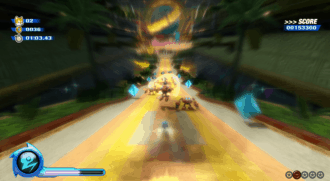 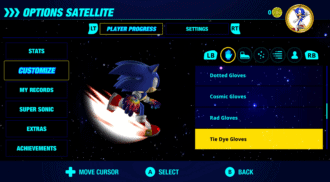 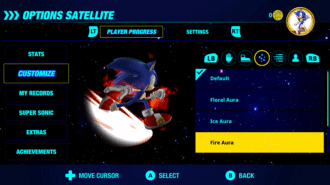 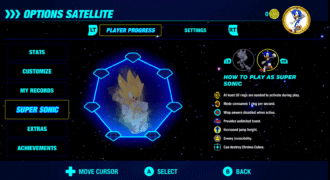 If the preview is to believed, Sonic Colours Ultimate will be a fine way to bring one of the better 3D Sonic games to modern consoles. I will be keenly awaiting more information regarding the extra offered by the game, but no matter what it is looking to be a keen opportunity for anyone who has not yet played the game.