In Sound Mind is full of vivid, imaginative horrors

The smaller, more indie leaning side of horror games has always been intriguing to me. With a big budget, horror games can be encapsulating, cinematic and enthralling. It’s when you have a little less budget that creating horrors can prove more challenging and beg for more creative solutions. When these succeed, they’re a great feat and a wonder to behold. In Sound Mind, an atmospheric experience that’ll likely go under many’s radars, is just this. It’s a solid horror game with some good ideas, just shy of greatness.

In Sound Mind’s ethereal worlds aren’t perfect, but they are tantalising

In Sound Mind has players controlling a washed-up therapist, offering constant delving into other worlds that are vivid and imaginative. Where these worlds come from are realities based on patients our hero has previously failed. Travelling into these worlds is visually striking and at times share vibes with Silent Hill. Doors (serving as portals) to these other areas are revealed by listening to tapes with a given ex-patient. At the end of any given level, you’ll have completed your task of calming the spirit of the patient down and helping them pass on. It’s a loop that works quite well in a horror setting.

These locations you visit are largely the scene of the crime where your past patients have tragically died. A large shopping superstore, a beachside area with a lighthouse and an abandoned trainyard are just some of these places. These environments are intriguing in the sense that while they look of this world, taking a further glimpse at the surrounding areas reminds you of the nightmarish dreamscape you’re in. Skies are purple and dark clouds roll in. Domineering architecture and dark corners await. Here, the atmosphere is aptly set.

Where In Sound Mind will win some and lose others is that it isn’t as terrifying as trailers may suggest. Environments are thrilling and do have some deep horrors around each corner, but they all remain at a slow atmospheric pace. What this allowed me to do is take the world in. There’s a haunting figure in a coat that will periodically appear in-person or through phone calls that come from the payphones spread around maps. He’s a fun character, and working out his story was interesting, though the same can’t be said for all the other reveals in-game.

My favourite area to explore had to be the first, the supermarket superstore. This abandoned store is home to a ghostly girl that died tragically due to suicide after experiencing a series of mental health issues (thankfully, these themes err in the inoffensive territory). Her story here is that she can’t bear the sight of herself, which comes into play in the gameplay. As you’re making your way through the maze-like channel of aisles and backrooms, you’re tasked with guiding the ghost to mirrors to damage them.

At a certain point in the supermarket level, you’re provided with a magical shard of glass, used to look behind you. It’s a great means of both defending yourself against the spirit and also using the shard as a looking glass to see items not normally visible to the naked eye. As you’re making your way through the superstore, you’ll have a mannequin following you around when you don’t look at it. At first, they seem like a villain, but pay more attention and it becomes clear this figure (cutely labelled with a name tag titled ‘Dave,’) is your ally, guiding you where to go. A delightful, weird, creepy and fun level indeed.

“…environments are intriguing in the sense that while they look of this world, taking a further glimpse at the surrounding areas reminds you of the nightmarish dreamscape you’re in.”

This shard of glass isn’t the only item you’ll obtain throughout your time with In Sound Mind. A flare gun that helps fight off some areas of darkness (akin to Alan Wake), a mask that helps you pass through gas, and a shotgun and pistol used to give you a fighting chance against smaller foes, are just some of the devices and items you’ll nab. In light Metroid fashion, they’ll help you reach previously inaccessible areas, both in levels and outside, around the abandoned apartment complex our hero has found themself in.

Looking at all these pieces In Sound Mind has crafted for itself, it serves as a promising recipe. The game mostly holds with all of that. In Sound Mind clearly has a lot of inspiration from horror games past, not too dissimilar to Tormented Souls, another heavily inspired experience I played earlier in the year. Neither pass that level of quality of the classics, but In Sound Mind does edge closer and does so more creatively. 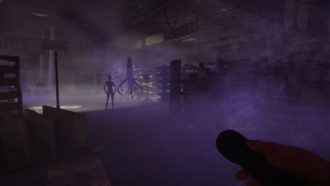 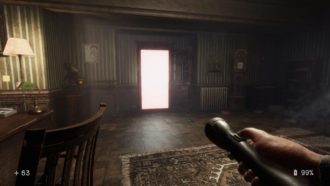 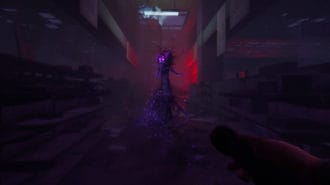 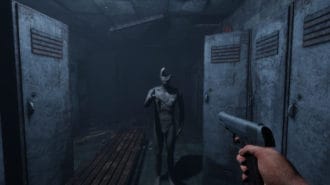 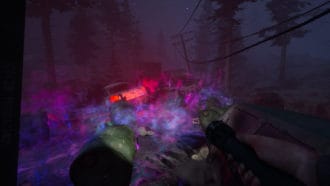 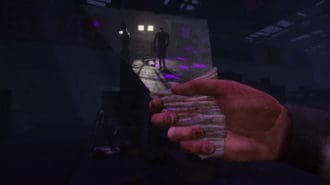 The other struggle that In Sound Mind has is that it began to chug a little more the further I got into the game. It’s not something entirely un-patchable, but it’s still not quite the experience I wanted as my first ever horror game played on my PS5. Hopefully, it’s something resolved sooner rather than later.

In Sound Mind has a lot of moving parts for something between indie and AA. Not all of them work, but there’s plenty of interesting ideas to at least gauge interest and appreciate the ideas it has going for it. The visuals on offer are striking and interesting. The option to use new abilities in your revisitation of levels is engaging and something seen scarcely in horror.

If you’re a horror fan and looking for more of a slow burn atmospheric experience rather than something truly horrific, In Sound Mind will satisfy that itch. It’s currently available on PlayStation 4 and 5, Xbox One and the Xbox Series X|S, Nintendo Switch and PC. Check it out.