Riftbound is a Melbourne-made lane defence game that’s just marched its way onto the PC platform. Developed by Barrel Smash Studios, this husband (BarrelSmasher) and wife (BarrelCat) duo are the talents behind the project, leaving their life of modding games to create their first original project. The title takes inspiration from both Plants vs Zombies as well as Pokémon to create an experience that looks to ‘evolve’ the lane defence genre in a new direction.

Playing through Riftbound’s many chapters, it’s easy to see the Plants vs Zombies DNA. Waves of foes will meander toward you from right to left, ready to attack. Placing lines of defences down is how you stop the aggressive march as you manage an energy-based resource system and juggle the cooldowns on your many units. Basic units include the Waterling who attacks, the Earthling who soaks up damage, and the Aetherling who generates energy. 5 lanes split your attention, often making the early stages of a new battle more challenging than the later stages, as you need to spend your limited resources wisely to keep your foes at bay.

Riftbound takes on a fantasy aesthetic with skeletons, necromancers, reapers and more acting as your adversaries. You defend with elementals and it’s here where the Pokémon inspiration begins to appear. Elementals may interact with one another in unique ways, adding to the depth of strategy. A Waterling elemental may make an enemy unit wet, making electricity more effective. You can also evolve your elementals, improving their attacks or stats.

The evolution mechanic is actually just one small tool in the player’s belt. You’ll also be granted access to a bunch of different units and spells that are chosen just prior to a new battle. With a limit on the number of spells and units you can take with you, you’ll have to pick and choose the most effective tools for the task at hand. You’ll certainly want to have a good balance of attacking spells and units, defensive spells and units, and those that accumulate your energy resource.

The sheer number of spells, units, evolutions, encounters, and more is actually pretty impressive. I’ve spent a good amount of time with the game now and am still yet to see the end of it. New content is drip-fed to you, with a new tool made available after each new encounter. This helps to keep the learning curve gradual and remove the potential for getting overwhelmed, whilst still providing a huge amount of opportunity to build your perfect defences and adjust to your own playstyle.

Riftbound proves to be a good time-killer that can be consumed in bite-sized chunks. I personally found myself playing alongside a podcast or with a video playing on a second monitor. The game doesn’t often command your entire attention, so multitasking media becomes an enjoyable possibility. A story is still present, but it’s pretty unobtrusive and unlikely to be the reason you’ll want to come back to play.

Riftbound allows you to move time at standard speed, fast-forward, or a third option that’s even faster still. I’m glad the options exist because at times the game can move at a snail’s pace if you leave it on the default setting. It’s the kind of game you’ll likely want to speed up at opportune moments and then slow down when every second counts. I still find the experience a little slow overall, but that piece of fast-forward functionality certainly helps a lot. 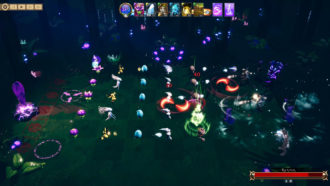 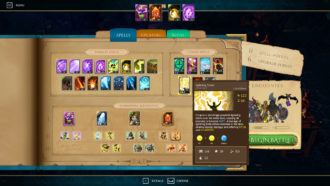 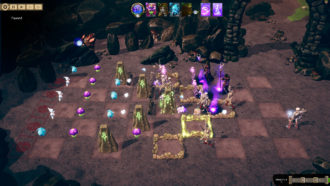 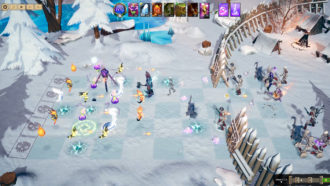 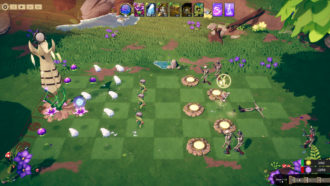 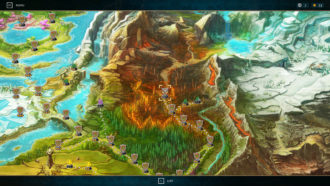 As a fan of tower defence games, I was happy to spend some time within Riftbound’s enchanting world. However, one rather looming observation is apparent. I fear Riftbound will suffer for being PC exclusive. The game, and I mean this in the most polite way possible, feels as though it’d be more at home on a mobile device. The genre fits portable gaming. It’s the kind of game you’d happily boot up on a commute to work, laying in bed, or when privately and discreetly passing waste. It’s less likely to be a game you sit down for specifically and dedicate a gaming session to. The limited interactivity would suit mobile controls, and the bite-sized chunks match a mobile gaming ethos. We’ve also already seen this style of game succeed on mobile, so the precedent has long been set. It’s a bit of a disappointment to not see Riftbound launch on iOS and Android and I fear it’ll get judged more harshly because of that. Regardless, the game is still perfectly apt for a lane defence experience. And so if that’s your jam, give this Aussie title a try and keep an eye out for the passion infused into the project by a clearly talented duo of Melbourne developers.

Riftbound is out now on PC as of March 12. You can find it on Steam or find out more information on the game’s official website.