The Dark Pictures Anthology: The Devil In Me Preview – No vacancies

We’re here again. As is tradition for the past few years, another game in the horror The Dark Pictures Anthology series is right around the corner. We got a hands-off preview of The Dark Pictures Anthology: The Devil in Me, and with the glimpse came plenty of new features to raise an eyebrow at and, if you’re like me and at a similar point with the series, plenty to be cautious on.

The Devil In Me serves as the season finale for the first season of The Dark Pictures Anthology. In a behind-closed-doors look at the game, we know more about its setting and inspiration. The horrific conclusion occurs today and follows a small TV production company known as Lonnit Entertainment. This team of five is creating a factual series all about American serial killers. They are planning their finale episode, limping across the finish line as they struggle to keep the lights on. Suddenly, a call from a mysterious figure points them towards a hotel, heavily resembling the historic and deadly World’s Fair Hotel in the 1800s.

This World’s Fair Hotel was run by H.H. Holmes (better known as Dr. Henry Howard Holmes), America’s very first, and grimly successful serial killer. The Hotel is said to have been filled with deadly games, traps and experiments that Holmes let loose upon visitors. Legend has it that those that entered never left. In his 1896 trial, Holmes uttered a line to the judge, which you’ll quickly realise is the inspiration for the latest entry’s title:

“I was born with the Devil in me. I could not help the fact that I was a murderer no more than the poet can help the inspiration to sing.”

Naturally, finding themselves in a near replica of this horrific landmark is bone-chilling but just what the crew needs to finish off that last episode. However, the hotel and whoever is working behind the scenes have different plans in mind. A deadly game of avoiding fatal traps and co-operating to survive the night will ensue from here.

I’m of course yet to see much of it in practice, but I really like that so much of the game’s inspiration looks to be taken from real moments in history, making the premise all that more haunting. It will please horror fans to know Director Tom Heaton also notes media influences in classic slashers like Psycho, Friday the 13th, Halloween and yes, the Saw series.

In premise alone, The Devil In Me is entirely promising. Furthermore, it’s a more involved entry too — the runtime is stated to be upwards of seven hours. That’s a serious step up from the four hours you’d get in the other titles of the series thus far.

Compared to any Supermassive game prior, players can use each character’s strengths and toolkits more than ever. As a film crew, each member has unique items that can help them escape alive. For instance, Charlie Lonnit, the owner of the Lonnit company is a hell of a businessman. That business card they always carry around with them can be used in prizing open desk drawers otherwise inaccessible. Cameraman Mark can also use their camera to record evidence while intern Erin can use a directional microphone to hear through walls and locate danger that lies ahead. This alone is a good way of not only distinguishing the cast but also adding more interactivity. Of course, these items can be swapped around between the cast, lost or destroyed. This is a horror affair after all. That house of cards will soon come tumbling all down.

The hotel will be vast and varied, featuring many dark channels, false floors and shifting walls. To work with this Supermassive also announced they have added more movement and exploration functions. This includes more climbing up and over objects, pushing and pulling boxes to free paths and auto-jumping over gaps in quieter moments. Puzzles are also present including untangling and rewiring complex fuse boxes (likely an opportunity to use technician and chief grip Jamie’s multimeter) and manoeuvring labyrinths. Something entirely new for the series.

I couldn’t think of a better entry to add these features. The Devil In Me looks to be an utterly claustrophobic experience. Tight hallways are plagued with peeling paint on the walls. Curiously dressed mannequins, perhaps resembling that of previous victims of the hotel, are hidden in corners. A gameplay excerpt revealed tight crawlspaces, toppled-over furniture and a building entirely in disarray. This environment lends itself even more to moments of chase and high tension. I’m glad Supermassive too have recognised this in their own work. 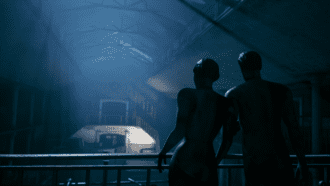 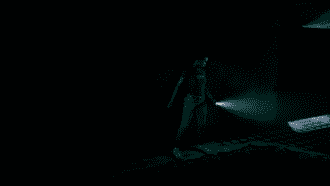 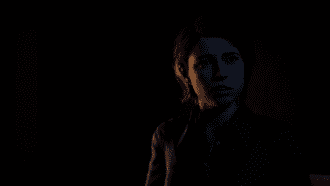 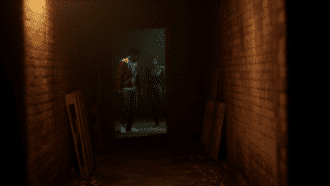 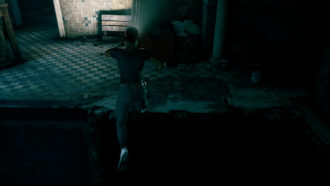 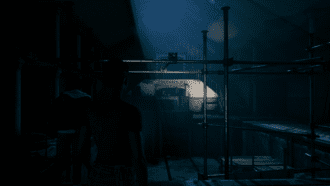 I can’t help but feel The Devil In Me choosing to follow a production crew struggling to keep the lights on is at least a little self-aware. The Dark Pictures Anthology as a series has certainly had a mixed reception, with me personally enjoying the titles less and less as the season progressed. The Quarry, a standalone affair away from the rest of the series was a welcome reprieve from that.

Everything about The Devil In Me fills me with hope, but I’ve also been burned by the franchise a few times now. I doubt I’m alone in that. Supermassive and publisher Bandai Namco has just announced that The Devil In Me releases on November 18 for PlayStation 4 & 5, Xbox One, Xbox Series X|S and PC. Here’s hoping it brings some delightfully dreadful goods.