Situated away in a corner of PAX Rising at PAX Aus 2022 was a unique game by the name of Conscript. It’s a survival horror foray that garnered quite a bit of attention at the event and for good reason; it has the entirely unique premise of being a slow, methodical and psychological haunt through the first World War.

Conscript takes an isometric perspective. Players control a solitary French soldier in the thick of the Battle of Verdun. Instead of being action-packed, you’ll traipse your way through trench networks that twist and tangle around each other. In my demo experience, I got my hands on three WW1 set weapons: A hunting rifle, shotgun and trusty shovel to swing around. Despite being relatively well-equipped, it’s not particularly smooth sailing for the protagonist. High tension comes from the methodical nature of slow reload animations, lining up a shot before finally being able to press the trigger and getting a swing of your shovel in.

Enemy German forces will get in your face, taking their own shots or attacking you with their own shovel or the butt of their gun. Some occasions had me swarmed in tight channels, having to use a well-timed but slow dodge-roll to escape past an assailant and into somewhere more open and advantageous.

What all of this results in is an actual horror survival experience. Locked by animations and a limit on resources and stamina, your journey through trenches as you ever so occasionally get the respite of a save point or powerful turret to take out waves… it’s all delightfully gruelling. 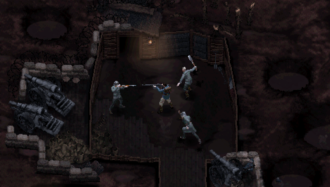 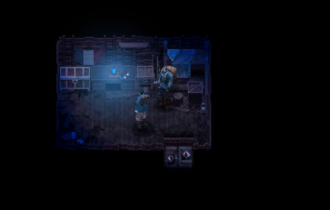 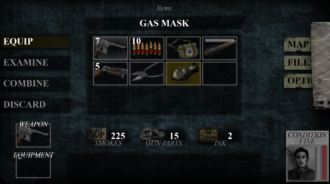 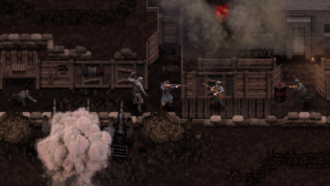 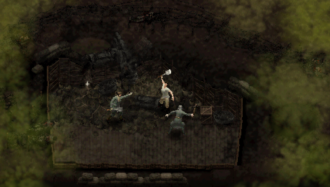 I spoke with Jordan Mochi, the solo developer and founder of Catchweight Studio at Conscript’s PAX booth, watching it draw in curious passersby. They explained how this game has been in the works since 2017, well prior to its initial 2020 reveal, even going as far as to mention the many publishing offers they’ve received in that time. It’s easy to see why when you take a glance at the experience’s eerie flavour text and attention to detail.

Conscript features a low poly art style. While being immensely detailed in highlighting shadows on the environment and characters, along with minute details, it leaves a bit of a grainy visual effect. It complements the setting entirely well. You’re the sole survivor. Fellow soldiers will be relatively no-named and die in front of you, being shot or blasted from above ground and falling by your side. Gas explosions will occur, and powerful German forces will steamroll towards you screaming almost animalistic in nature.

It’s not so much that games haven’t explored the effects and gruelling nature of war before (you need no look further than titles like Spec Ops: The Line). Though I’d certainly argue when you see visuals such as friendly combatants disappearing into the midst of No Man’s Land or those nearby with their legs blasted off, crawling in a bloody mess into the corner of a trench, that you’ll find much more harrowing than that.

Those that are familiar with survival horror classics like Resident Evil will also feel right at home with Conscript. It features a limited inventory you must maintain, a striking HUD detailing your health condition and more. Topping it all off is a must for the genre — dreadful and foreboding sound design. With aid of composer Sonny Igusti, Conscript already looks to be achieving just that. In the moments that follow high-intensity events, the eerie droning of the score takes a while to die down. War whistles, distant screams, explosions that erupt the ground near you, continuing on as the dust slowly settles… all of it didn’t let up my entire fifteen or so minutes with the game, keeping me on edge at all times.

Conscript is one of my favourite takeaways from PAX Aus 2022. Better yet, it’s made right here in Melbourne. It’s dreadful, unique, enticing and entirely promising. I’ll be keeping an eager eye on any future updates and a release date when they so happen to come. For those not at PAX Aus 2022 or if you missed out, you can check out a demo of the game on Steam here.

Be sure to follow us for our other PAX Aus 2022 highlights, including the aptly named horror game Sinister.