Street Fighter 6 came out of nowhere with a sprinkle of controversy. However, after getting hands-on with the game earlier this month, we are very excited to see the evolution of Street Fighter.

Create your own fighter

However, the stand-out for most players is the ridiculous character customisation. The upcoming sequel allows players to create their avatars in the game’s online, free-roam Battle Hub areas. Initially, you’d imagine personalisation to be standard for such a prominent franchise, and you’d be wrong.

Somebody at Capcom took a note from Elden Ring and let loose the goofs and gaffs. Changing clothing, facial features and hair is one thing; being able to modify the size and proportion of individual limbs and body parts allows for absolute monstrosities… and it’s hilariously fitting. Strolling around the Battle Hub and seeing everybody’s silly avatars is a sight to behold and certainly adds to the fun and flavour of Street Fighter 6. 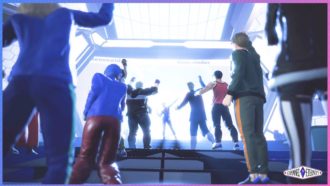 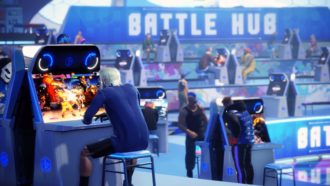 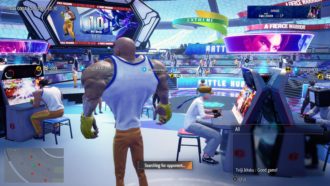 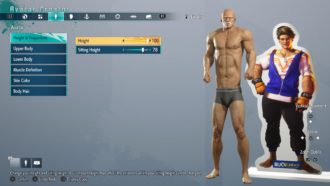 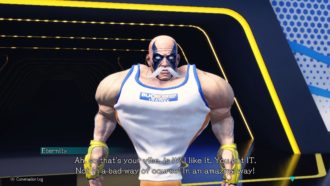 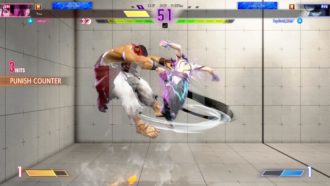 Capcom is eager to avoid the same criticisms this time, dividing the game into three major sections: the open world single player World Tour, the more traditional Fighting Ground, and the online-focused Battle Hub. The Battle Hub is an exciting experiment in developing a minor social platform in the upcoming game, and it really does work.

This bright esports arena where players from around the world are all sitting around at cabinets drives that ‘drop-in and fight’ feeling in an online space. Being able to join a lobby and see players standing in front of virtual cabinets resonates with the nostalgia of in-person arcades and adds charm to the fighting genre.

My one concern with this is anyone looking for a serious match will likely move to a private lobby and avoid the Battle Hub excitement. It’s fair enough and you never know who you might be playing in Battle Hub besides their career history and fight stats available. Hopefully, Capcom can find a way to incentivise players to join cabinet battles via timed events or XP bonuses.

Another great addition is commentators. Featuring on the official Capcom Pro Tour, players can select from various personalities to narrate their battles in real time. They’ll comment on everything happening in the fight, from devastating combos to the tactical space-opening positioning. Capcom clearly understands the audience around Street Fighter and this feature adds more liveliness to battles.

Fights in Street Fighter 6 are much slower and more methodical than in previous titles. There’s extra weight to moving around and stickiness to attacks that take time to get used to. Albeit, this makes the game much more approachable to newer players. The slower speed to basic combat enables first-timers to the series to get a handle on the mechanics and timing easier than before.

The modern control mode allows fresh-face players to forget about remembering specific combos and button timing to perform strong moves. The classic controls are still around for those who want exact timing and precision with their battles. Although, the addition of simple button presses to do bizarre combos will undoubtedly raise concerns about button-mashing.

The Drive Gauge replenishes automatically, but management is key because if the full metre is spent a fighter enters a burnout state with huge disadvantages. The addition adds another element of strategy to the Street Fighter. Understanding the system in-depth and knowing when to exploit Drive or when to be conservative will create incredible competitive moments.

The closed beta test aims for Capcom to monitor the play experience and identify any potential issues. A survey for feedback is being shared with the development and operation teams to refine the problems and advance the fighting genre.

Street Fighter 6 will release on PlayStation, Xbox and PC in 2023. Keep an eye on our channels for more.