Sidebar Games’ Sports Story, the much-anticipated follow-up to the 2017 sporting RPG Golf Story, was released suddenly a few days before Christmas. The high-profile, Australian-developed indie title hit Nintendo’s eShop with little fanfare, surprising and initially delighting fans who were keen to get stuck into this charming, quirky adventure over the holidays.

Unfortunately, the reason for such a low-key launch became obvious after spending only a few minutes with the game. Sports Story is a broken mess. Between busted collisions, jarring camera glitches, and frequent game-ending softlocks, it’s difficult to play this sports-themed adventure without noticing just how unfinished things seem. Seemingly, some of its developers felt similarly, adding an easter egg “dev room” to the game where they express their distaste with how the game’s production was handled.

The hidden room was discovered by speedrunner and Twitter user @tend0g, who had been glitch hunting since the game’s launch. After a series of tweets warning players of different actions that can cause the game to softlock, tend0g posted the following video:

reminds me of another game #NintendoSwitch pic.twitter.com/u1GwU5sGY2

Using a series of exploits discovered by tend0g, Sports Story players can access a secret area within the mall where stand-ins for its development team lament the game’s buggy state. One of the characters complains that “…somebody kept requesting new features and my original vision no longer exists“, while another declares “…we should have made the game work instead of adding features.”

Other characters in the secret room discuss specific features that are incomplete, untested, or otherwise non-functional. They also drop some pretty acerbic hints at interpersonal issues within the team at Sidebar Games, with one character biting back at another with “They didn’t bring me in at double your pay because you were getting a lot done!” and many of them having arguments about each others’ expectations and work ethic. You can view the dialogue in tend0g’s glitch tutorial video below.

No official statement has been made by the Sidebar Games development team. We have reached out for comment and will update this article should they respond. For now, we don’t have confirmation directly from the source that the conversations taking place within the secret room are a legitimate reflection of the game’s development, though it’s hard not to make that assumption.

It’s pretty damning stuff, particularly when Sports Story has been released in such an unfinished state. The day after its release, Sidebar Games tweeted that a patch is coming to fix some of the issues players have been experiencing.

We have a patch under way to fix some issues that have been reported. If you have any issues, please send to our email with Bug Report in the title. Should be ready soon, however the processing time for the patch could be a little longer with the holiday.

Unfortunately, with the current state of the title, a significant amount of work will be needed to fix its many technical issues – work that may be difficult given the supposed discord between members of its production team.

Even discounting bugs, there are a number of inconsistencies in its pacing and narrative structure that would require a hefty amount of rework in the core gameplay experience. As it stands, Sports Story feels more like a point-and-click adventure title with puzzle mini-games than an RPG or sports game. Its pixel art is colourful and vibrant, its soundtrack has the delightful whimsy of something like Steven Universe, and its writing is full of the cheeky humour that made gamers love Golf Story, but the sheer amount of technical flaws and design inconsistencies make it difficult to enjoy without experiencing major frustration. 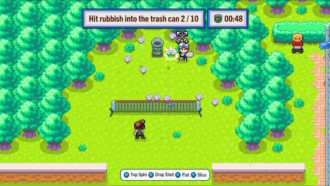 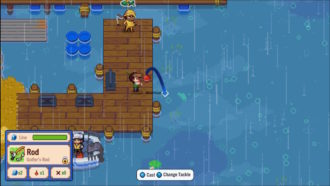 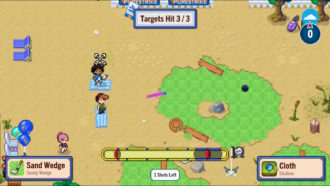 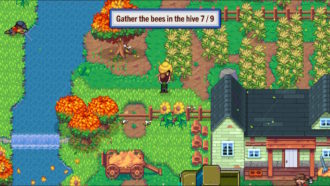 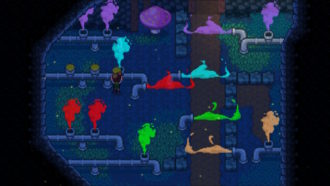 The golf-focused gameplay is enjoyable (when it works), but the extra sports added in this sequel feel underdeveloped. Particularly tennis. As the major sub-sport with its own narrative arc, it provides no consistent way of aiming when returning shots, making hits feel like random chance. Puzzles are quirky and make use of your sporting abilities in unique ways, but they’re often tedious to complete once you’ve realised what you need to do.

While Sports Story isn’t the first title in recent history to experience a bumpy launch, it’s disappointing to see an Australian indie studio struggling. Hopefully the team at Sidebar Games will be able to resolve their differences and work the game into something they can be proud of.