Get A Hat in Time, Conan Exiles, and The Escapists 2 in Humble Monthly August 2018

As per each month, the people at Humble Bundle gather together another group of incredible games for a decent ‘bang-for-your-buck’ in August 2018.

If you are unaware: The Humble Monthly Bundle is a simple $12 per month that buys you a large handful of quality titles to play on your PC. At the beginning of each period, between one and three games headline, available to any subscribers early. The remainder is an exciting mystery that reveals to buyers on the first Friday of the month, ready for download after you complete the other games (that’s optimistic thinking). When the next cycle begins, the drip feeding starts all over again. Alternatively, you can cancel to avoid paying for games you don’t want.

The initial July games are finally out, so we’re going to highlight the early August 2018 releases to help you make the tough decision.

A Hat in Time

In A Hat in Time you play as a tiny space-travelling girl with a big tophat. Her adventure is halted when all her fuel, the Time Pieces, is lost and scattered across a nearby planet. Hat Kid must now jump, fight and stitch new hats to make her way into every nook and cranny of this new world in order to restore her fuel and resume her journey.

The return to form ‘collect-a-thon‘ is arguably the best original modern 3D platformer available. A Hat in Time is a charming, imaginative, and joyful entry into a recently rejuvenated market of remasters and remakes. After an incredible release on PC last year and eventually a successful console port in December, Gears for Breakfast’s passion project now has quite the cult following. It continues to receive bug fixes and updates and is definitely an inspiration for similar upcoming games. As part of the monthly bundle, it’s almost worth just buying alone. 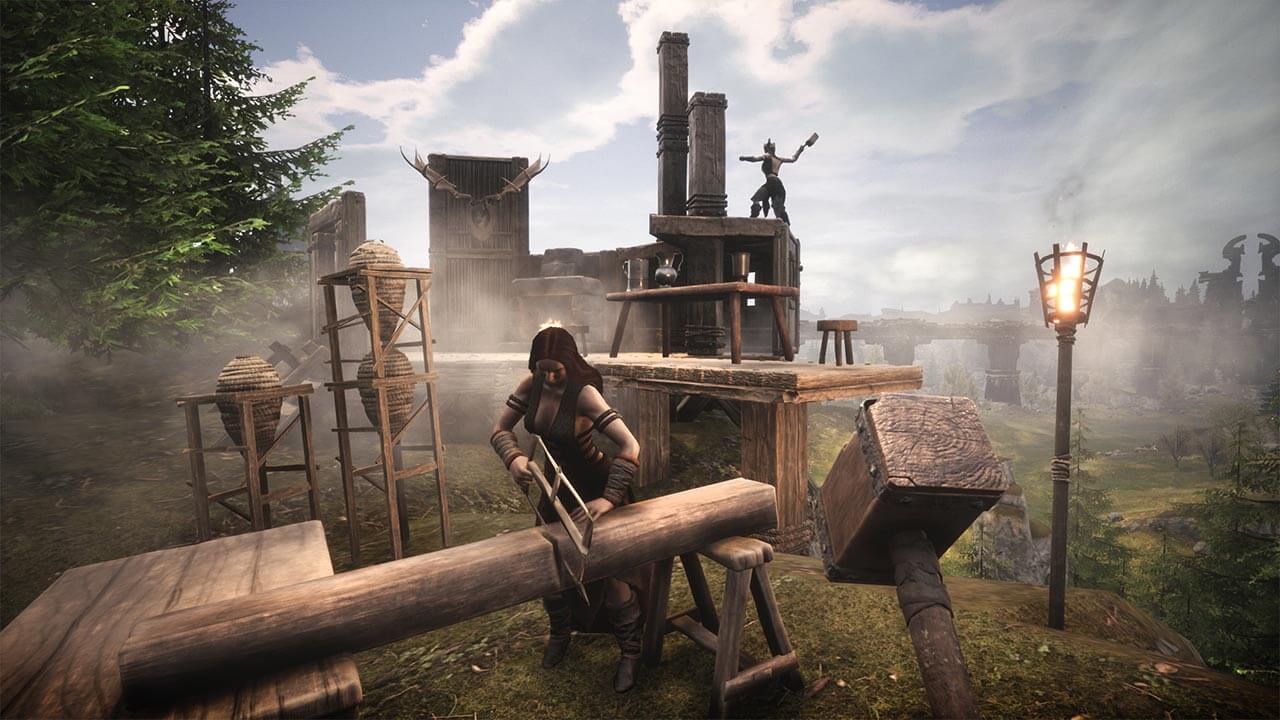 After Conan himself saves your life by cutting you down from the corpse tree, you must quickly learn to survive. Weather scouring sandstorms, shield yourself from intense temperatures, and hunt animals for food and resources.

The open-world survival wasteland set within the universe of Conan the Barbarian is brutal and savage. As with most survival titles, customise pretty much everything (and we mean everything) about your character’s appearance then build your way up from nothing but your bare hands and bravado. Hunt animals, slay monsters, loot treasure, and troll heaps of other players online. Developer Funcom revealed The Imperial East Pack DLC for Conan Exiles late last month, so the game is now flourishing with returning and new players.

Risk it all to breakout from the toughest prisons in the world. Explore the biggest prisons yet, with multiple floors, roofs, vents and underground tunnels.
You’ll have to live by the prison rules, attending roll call, doing prison jobs and following strict routines; all the while secretly engineering your bid for freedom!

James Witcomb’s successful The Escapists series is THE  prison jailbreak simulator. The sequel is more than simply a massive improvement on the first and consistent developer support continues to improve it. The latest DLC Dungeons and Duct Tape transforms the game into a medieval ‘dungeon-break’ strategy game. The commitment to the title is surprising as the development studio Team17 only recently announced they’re working on Overcooked 2. Can’t say they aren’t keeping things fresh with this title.

Buy in now and receive these three time-sucking and exciting games immediately, awaiting another plethora of secret games unlocked on 3 August 2018.