Everything we learned about Mario Maker 2 today!

The Super Mario Maker 2 Direct that no-one saw coming is now upon us, and with only 15 minutes to get us hyped, it definitely has it’s work cut out for it. Can the game that was announced to us on Valentine’s Day make us fall in love all over again?

Mario Maker 2 expands on a classic

We start off with a quick reminder of how the game’s construction mechanic works, which will be helpful for those of us who traded in our Wii U’s to afford a Switch in the first place and haven’t gotten to play Mario Maker since then. With that covered, we move on to the real meat of the Direct, which is the plethora of new features available, all set to some new music from Koji Kondo. 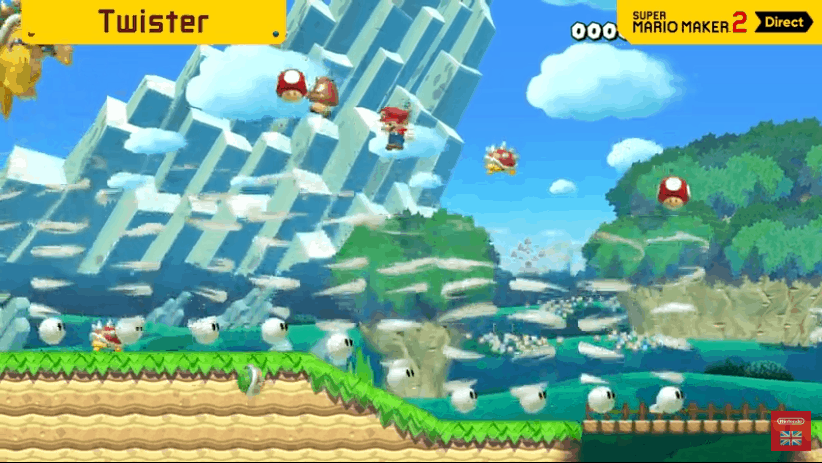 For starters, there are plenty of new items to use in construction, such as switches, snake blocks (which follow a set path) and tipping seesaws. These allow the creator to add some new levels of trickiness to their level, and can also play a part in how the level is actually cleared.

On top of that, the theming of a level is now much more customisable, with desert and snow areas being just a few of the new presentation styles. These themes can also have a significant effect on the gameplay, as the new Night mode will set special conditions onto levels, changing their feel and how they should be approached. A forest area with high water levels can become a toxic nightmare with just a tap! Mario Maker 2 is holding nothing back. 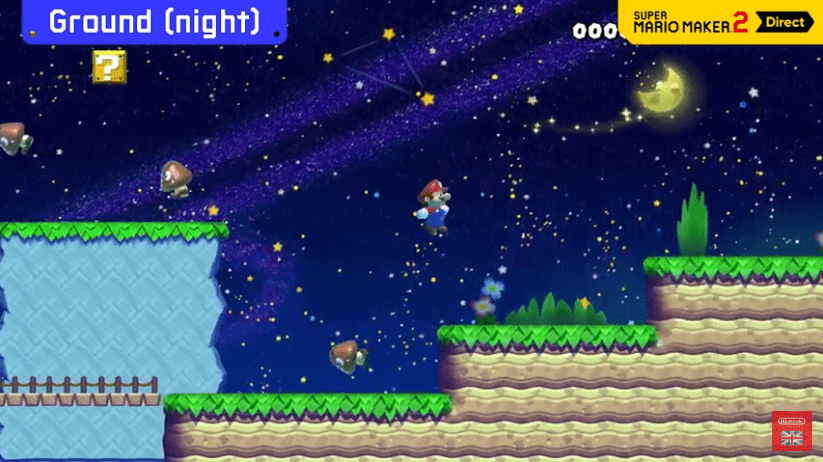 Paint your palette blue and grey…

And lastly, level creation can now be done in co-op! Just be sure to decide together on if your level is going to be fun or kaizo beforehand.

That brings us to Story mode! Players will get to explore the mushroom kingdom in order to raise money for the reconstruction of Peach’s castle, accepting quests from NPCs in order to earn coins. Playing all those levels will bring you closer and closer to a dream renovation! 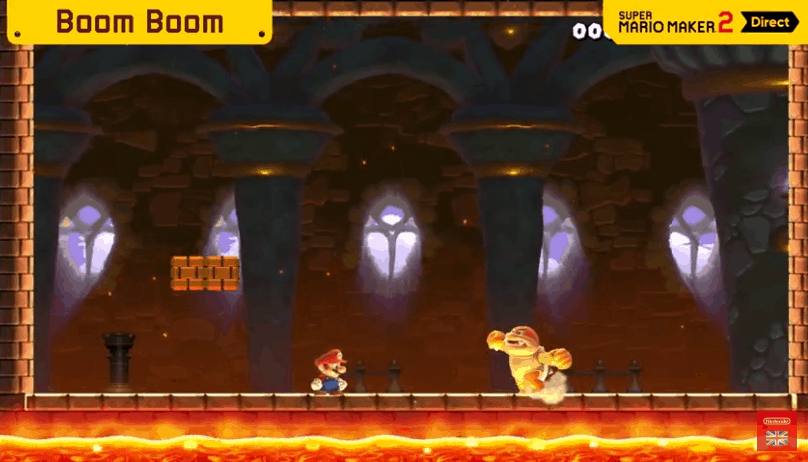 It’s more fun if you raise your arms!

Now on to the new game style for construction, which is inspired by Super Mario 3D World. This mode is unique in that in provides exclusive items, architecture and power-ups, meaning it isn’t compatible with previous game styles. This does however mean that levels created with it will provide plenty of unique ways to stand out, from the return of the glass pipes to even riding around in a kart! Watch out for Meowser!

Create together, play together

To finish off, we have the introduction of Course World online. This will be the hub in which plays can share levels, comment on them, and even create a profile that can be customised with accessories once you’ve earned points for your hard work.

In addition, levels can now be played in 4 player co-op, either competitively to see who can do the best, or collaboratively in order to reach the goal as a team. I can see the trolling already. 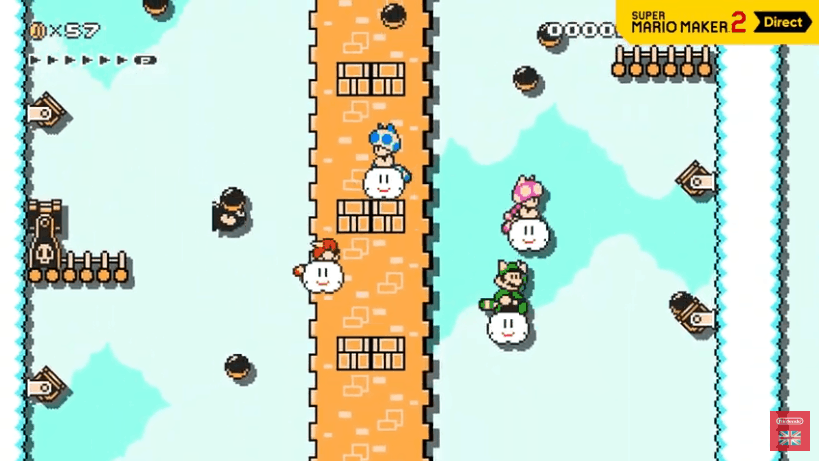 Not gonna lie, they look adorable

Finally,  the game will have a Limited Edition which includes a 12-month subscription to Nintendo Switch Online, and if pre-ordered, players can also receive a special stylus for use with the Switch. Not bad!

That’s about it for the Direct, but there is a bit more to cover. Namely, Nintendo Switch Online members will now be able to purchase Game Vouchers, will allow players to purchase a pair of games at a lower price from the e-shop. They last a year and allow for separate purchases, so they’re a good way to round out your collection if there’s a few arrivals you’re interested in.

And lastly, there’s going to be an Invitational for the game during E3, in which community members will tackle some levels created by the Nintendo Treehouse team. More info can be found on Nintendo’s E3 page.

And that about does it! In just 15 minutes, Nintendo really did bring the hype train in at full force, and I for one can say I’m super excited to try the game when it arrives on the 28th of June. Now to think of some good course ideas!

I'm a trans woman who's been gaming since they were little. I grew up on Mario, Sonic, and Mega Man X, and I still love to play all sorts of games to this day. I'm also learning to make my own sprites and figurines! I'm the whole nerd package!