Check out Detroit: 2034, the fanmade prequel to Detroit: Become Human

If you loved Quantic Dream’s Detroit: Become Human, you might want to check out this cool fan project! A team of Detroit fans calling themselves POYS  are creating a visual novel that explores the years leading up to the android revolution.

The fan-made prequel follows the backstory of the Detroit Police Department, featuring Hank Anderson and other fan favourite characters from Connor’s story. Detroit: 2034 will explore what happened to the characters before the deviant crisis began, their relationships with each other and their feelings about androids. 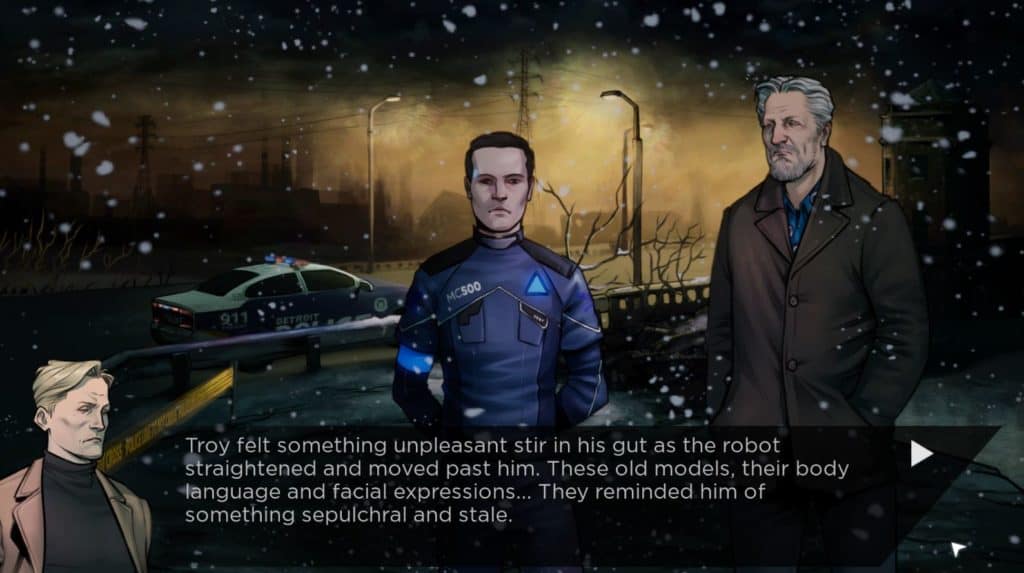 This project is particularly exciting for me, as I loved Detroit: Become Human, and I agreed wholeheartedly with Luke’s review of it. Detroit: 2034 is a visual novel with some interactive elements, such as choosing dialogue options and searching crime scenes. The extended demo, which released last month, sets up the plot with the same gritty dramatic tone that Connor’s story had in the real game. POYS is planning for the fan game to be seperated into 5 chapters, all of which will be completly free to download and play.

A member of the team spoke to me about their aim for the fan-made prequel, saying that their goal was “to show not the androids in the human world, but humans in the android world… We wanted to work on how different people perceived androids, how they built relationships with them, how androids became such an integral part of this new society.” 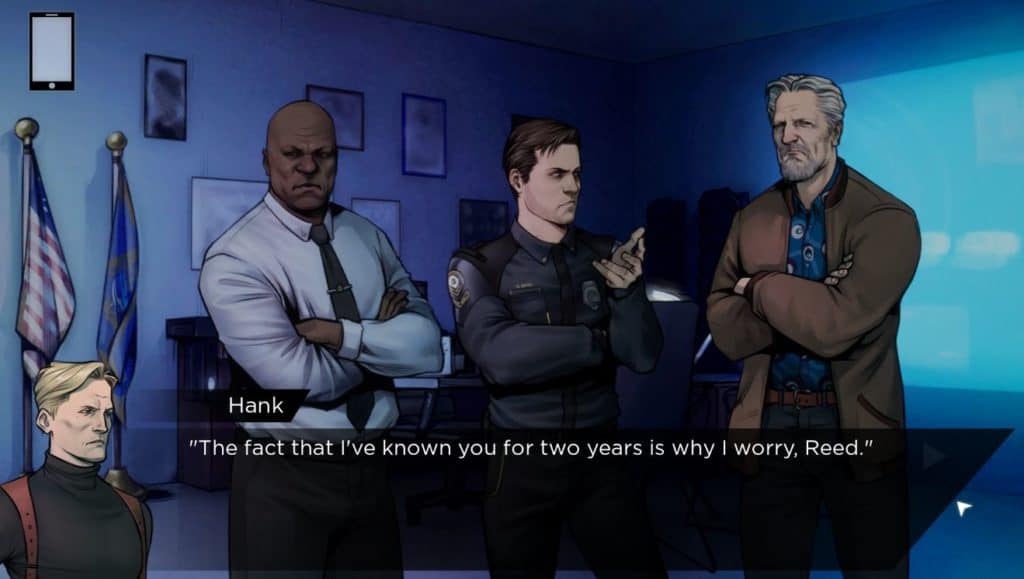 Fan games are often threatened with legal action, sometimes being taken down within a day of being released. Nintendo, for instance, is notorious for doing this. It’s understandable that parent companies want to protect their IP, but it’s still disappointing when fan games are taken down. Fans just want to express their love for a game creatively, and don’t make these games with the intention of infringing on copywrite. POYS has said that they’d like their game to be seen simply as an interactive fan fiction.

In the case of Detroit: 2034, at least, that doesn’t seem like it’ll be a problem. Quantic Dream director David Cage has seemingly given his blessing on the project, stating that he was “very curious to see what they’d come up with.”  Cage has been known to enjoy discussing his characters with fans, and has previously encouraged alternative interpretations of his characters even if it differs from his original intentions.

POYS are aiming for their first chapter to be released within the next month or two. If you’d like updates on the project, you can check out their Patreon – and maybe consider donating a couple of bucks their way? (I’m donating to them already, for full disclosure) But even if you don’t, you’ll still be welcome to download and play the first chapter of Detroit: 2034 when it drops in the coming months.