Detroit: Become Human Review – Choice is more than an illusion

Detroit: Become Human looked ambitious when it debuted its first proper gameplay trailer at E3 a couple of years ago. Several video games over the years have touted their choice-based mechanics, with actions playing out on screen based on hard decisions made. Telltale in particular has built their brand on this, and Quantic Dream has also made attempts in the past with their titles Heavy Rain and Beyond: Two Souls. I always question how much choice you really have when playing these adventures and how much of it is just the illusion of choice – but I’m glad to say that Detroit: Become Human is the first to exceed my expectations and provide a memorable experience that is absorbing and exciting with strong production values to boot.

Set in the year 2036, androids are common place, purchasable in stores to be used for domestic purposes such as cleaning your house or running errands. The game tackles themes around whether or not androids are able to have emotions of their own – or rather, whether or not they should. There is a clear divide between humans and androids from the very beginning. The first pivotal character and police robot, Connor, opens the experience with a hostage situation on a rooftop, with a deviant android threatening the life of a little girl.

This opening scene is one of the better crafted of the entire game, with numerous possible pathways and a lot of evidence to investigate in order to try and get the most successful outcome possible. If you check the photo that includes the android as part of the family, you can choose to use that as leverage during the hostage negotiation, for example. It sets up a lot of enticing possibilities, and the scenes with Connor prove to be the most interesting during the rest of the game, exploring crime-scenes, chasing down deviants, interrogating them and trying to form a relationship with his assigned human partner at the precinct.

The next playable character is Kara, a domestic young female android, repaired for use by a single father with a drug and alcohol problem. There are heavy implications that the previous version of Kara was recently destroyed through domestic violence. The domestic abuse that takes place initially might be triggering for some, but is important to set her story in motion as she goes on a journey with the young daughter of the household to find a safe place to live. Finally, Markus, who begins as a loyal carer for his sick owner, eventually carving his own path as the leader of a potential android revolution. He has the story that inevitably causes the biggest impact on Detroit as a city, and public opinion is influenced largely by the choices made during his timeline. 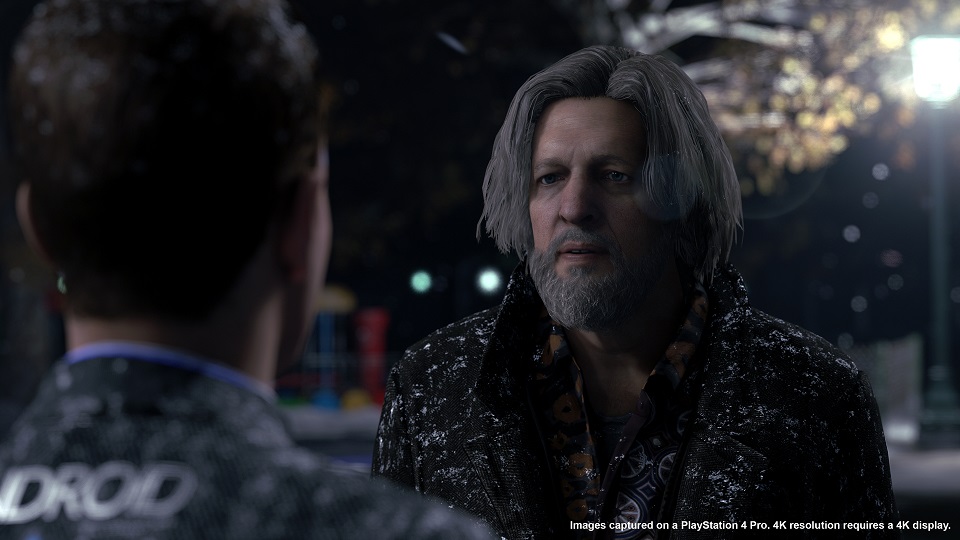 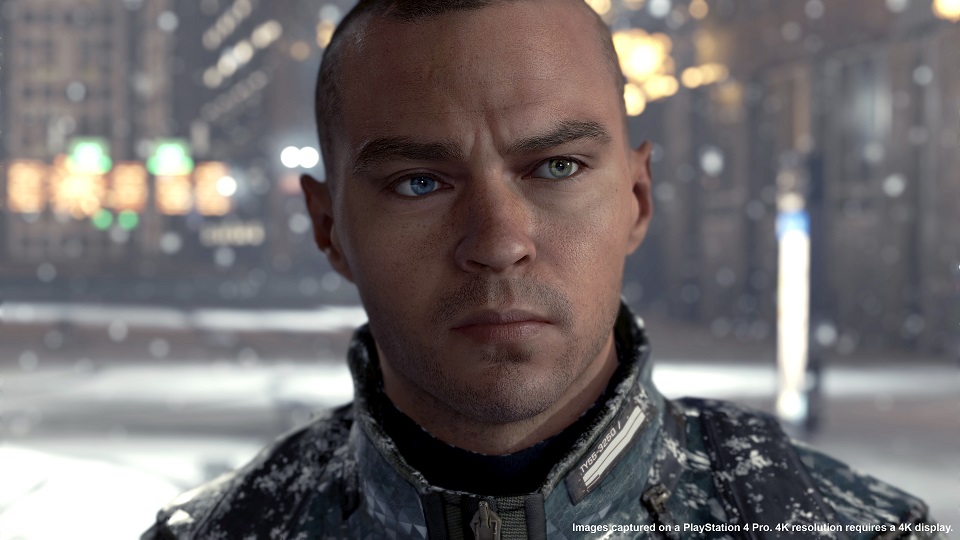 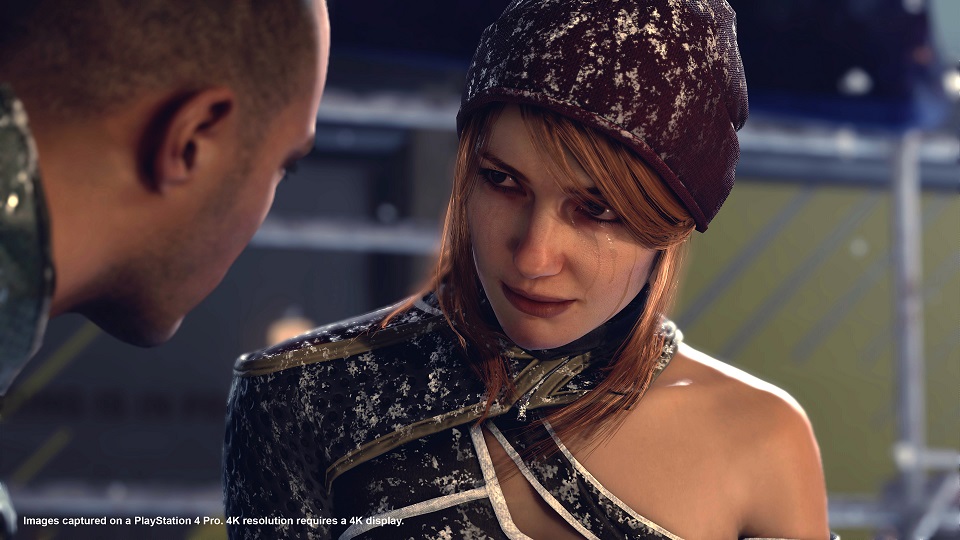 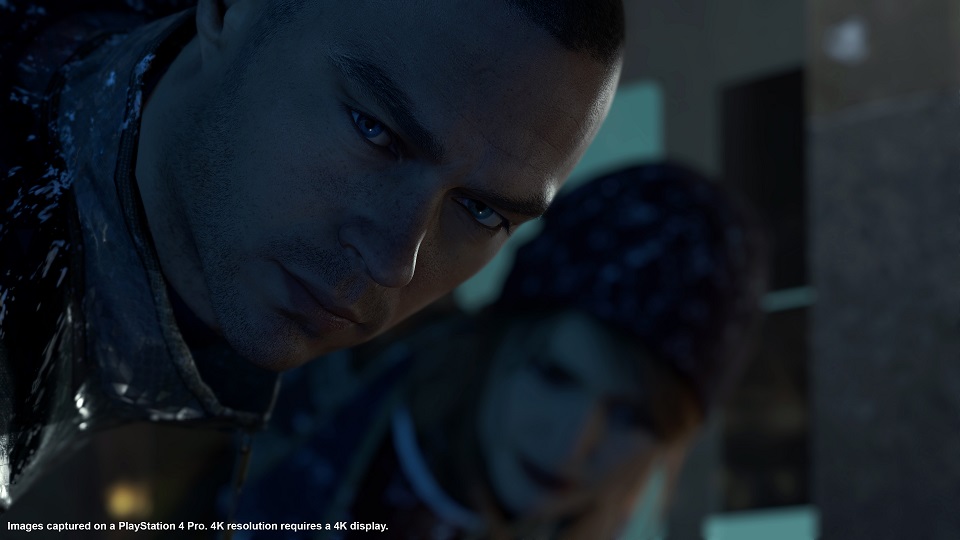 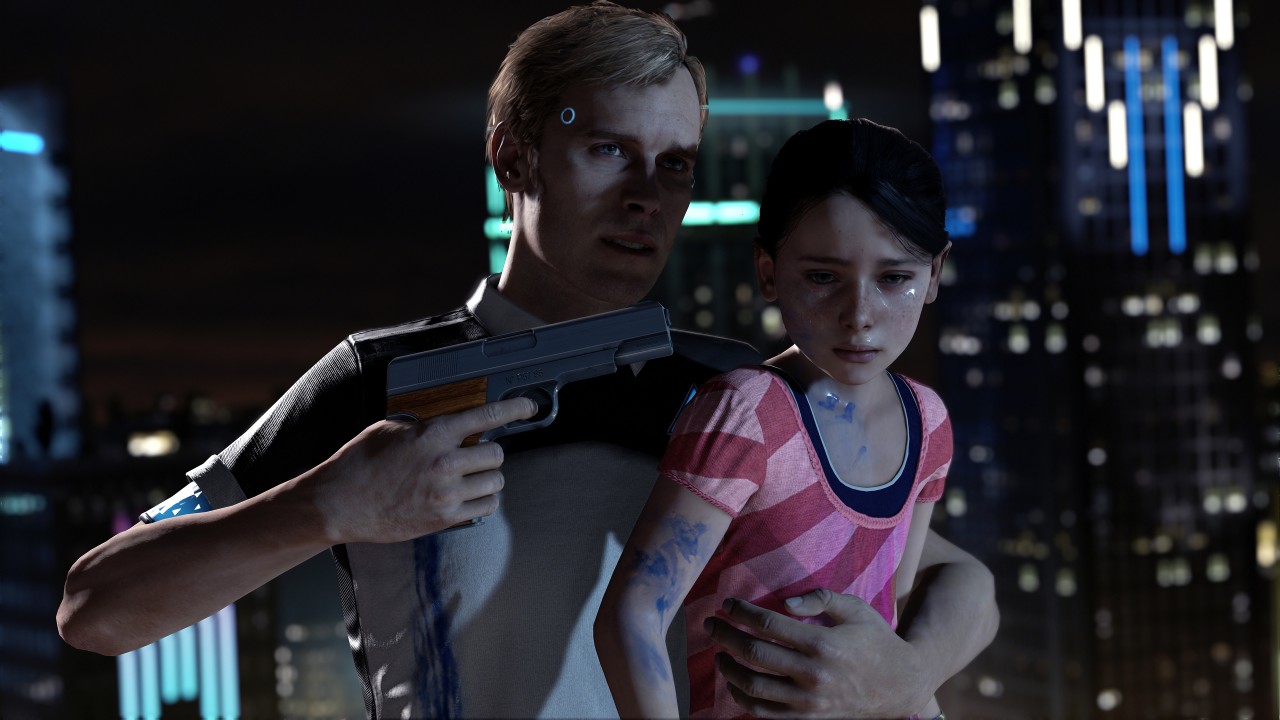 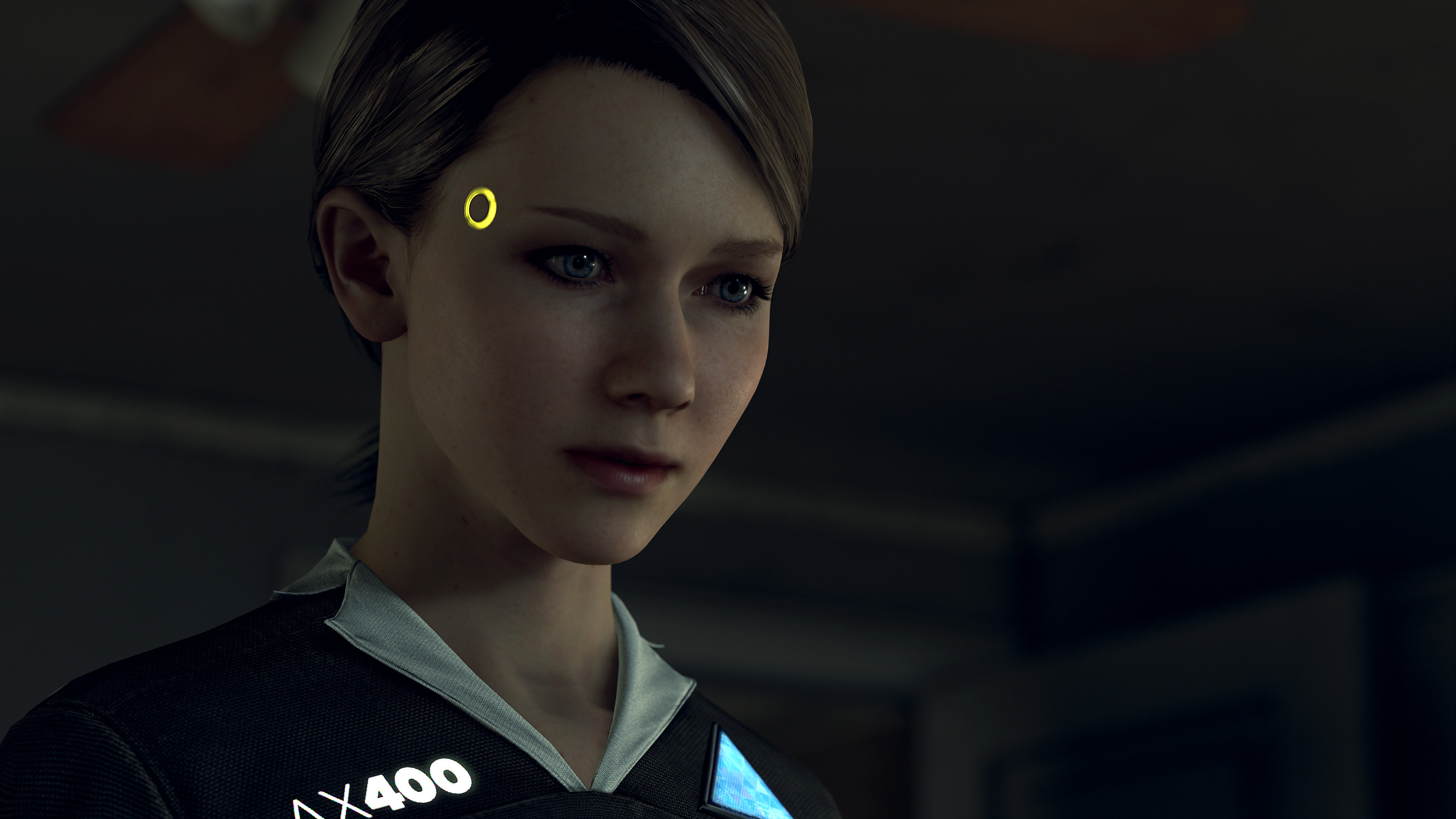 The not-subtle dialogue quickly establishes that most people are not really thrilled about the new world of robots, and the foundations are set up for an inevitable showdown. There are heavy handed questions about androids, their ability to potentially stray from their programming and form thoughts and feelings of their own. I personally enjoy a good story about the future of robotics and technology and the impacts that they could have on the world, so I had a fondness for the narrative here, but it’s not a particularly unique concept either.

“…makes for some touching moments, which had me genuinely invested in each character…”

That’s not to say that there isn’t emotional weight to be thrown around, and the three characters that you’ll move between show increasing amounts of depth as you play. Detroit: Become Human explores the idea that when an android experiences a traumatic event, that can trigger them to veer away from their programming. This makes for some touching moments, which had me genuinely invested in each character; Kara in particular forms a mother-like bond with the little girl she is trying to save, and I was really rooting for them to have a happy ending.

How to get to a happy ending is another question entirely. While early stages of the game don’t necessarily have many significant diverging pathways in order to set up the foundations of the plot, scenes begin to reveal that numerous outcomes are available, impacting the kind of story you’ll ultimately experience. Quite literally, after each scene, a map of all the pathways is shown to you so you can see what you missed. In some cases it might just be an optional item in the environment that you failed to notice or interact with – in others, entire trees of possible options can be entirely missed based on your decisions.

There were times that the map appeared and I felt a genuine pang of disappointment as I’d realised the organic choice that I’d made “in the moment” caused me to completely miss an alternate path, showing that the options aren’t ever a clear or basic instruction. There are no hidden paths or behind the scenes webs of narrative that we’re just supposed to assume exist – Quantic Dream are showing you the inner workings; the path you took and the plenty that you missed, which inspires multiple play-throughs to see what could have happened. 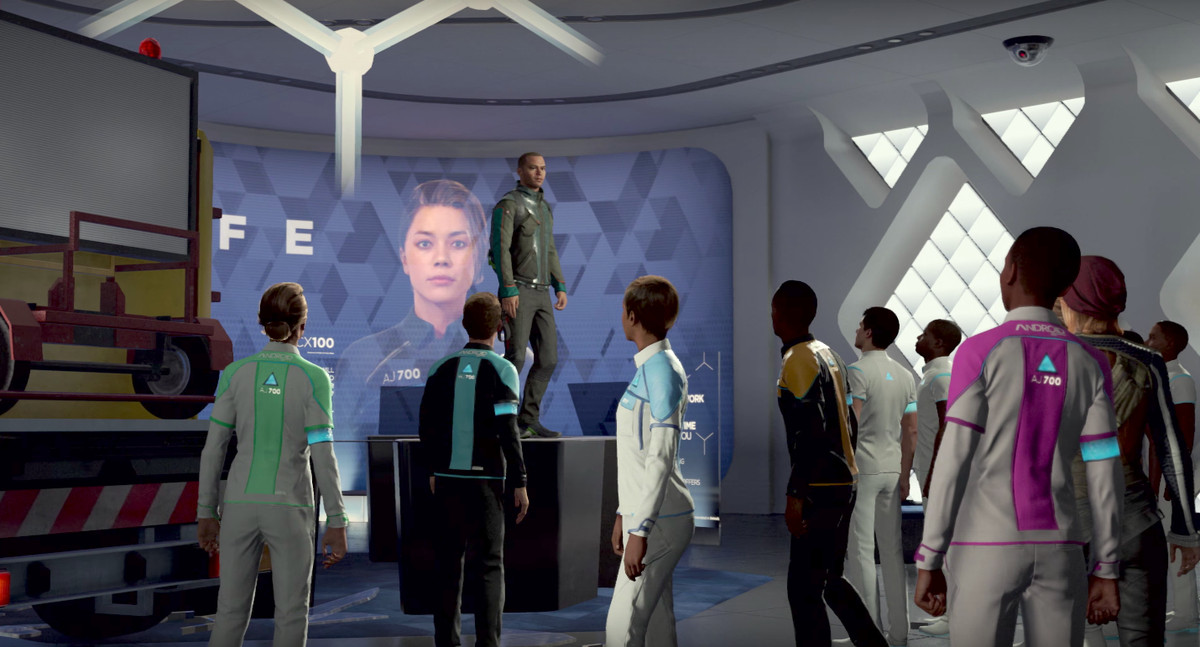 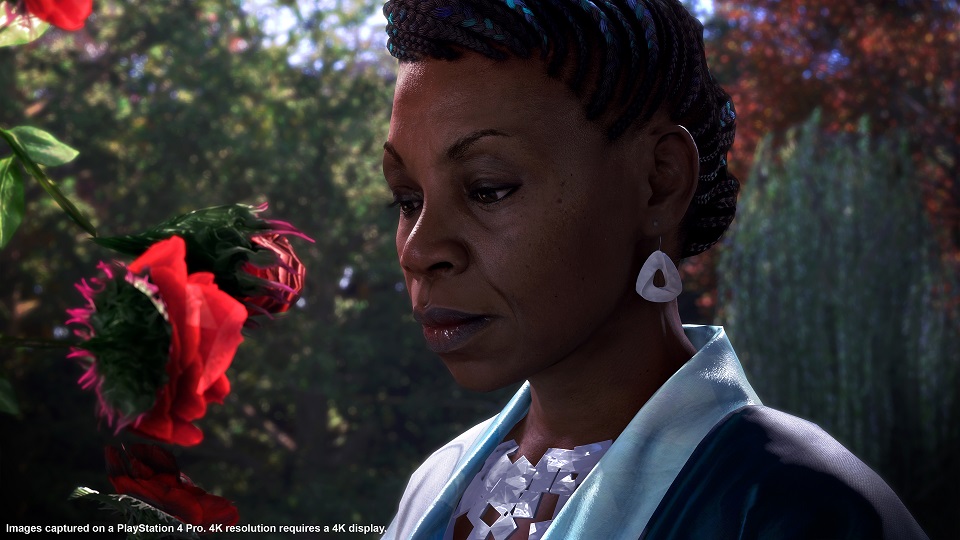 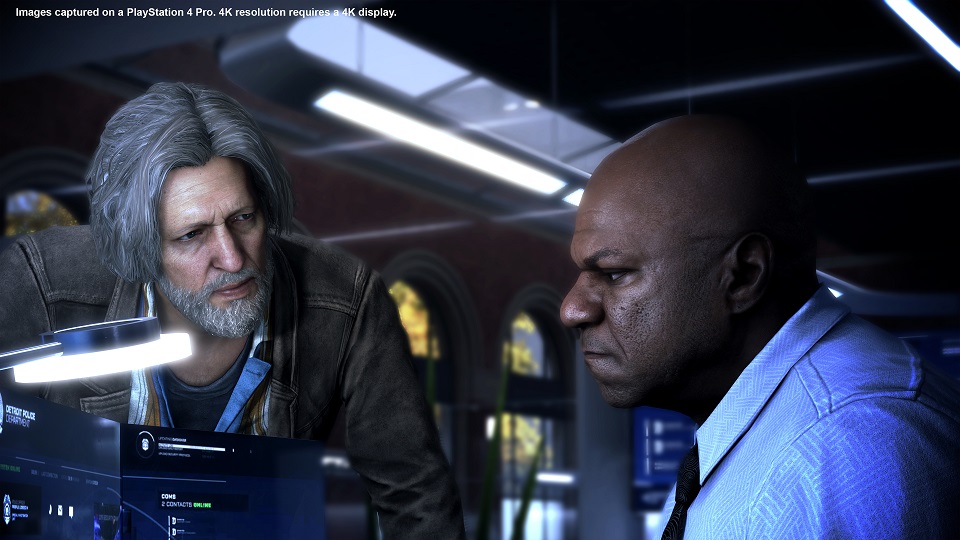 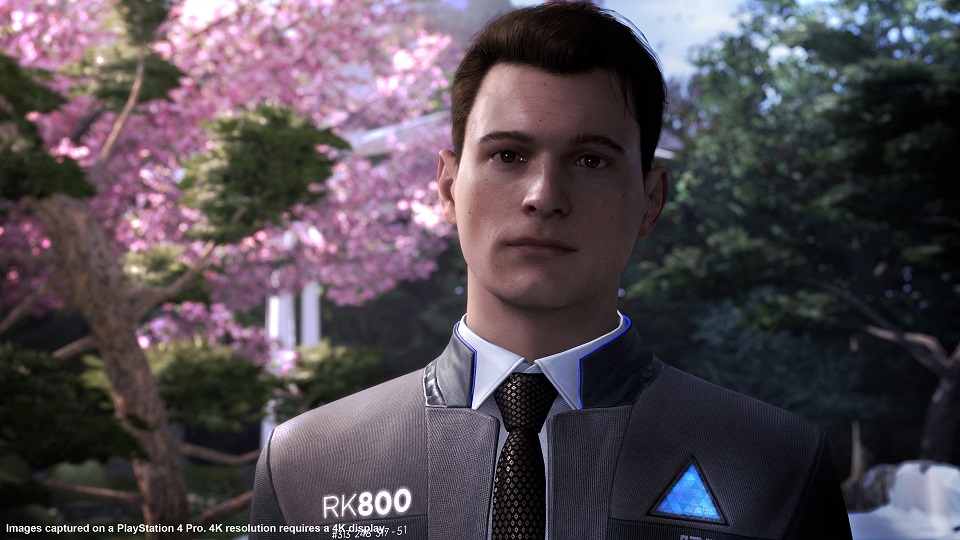 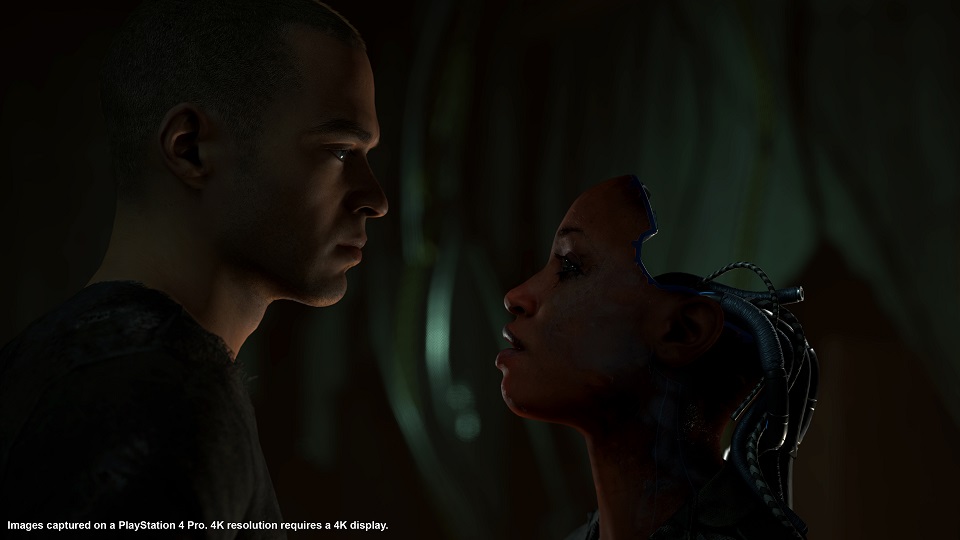 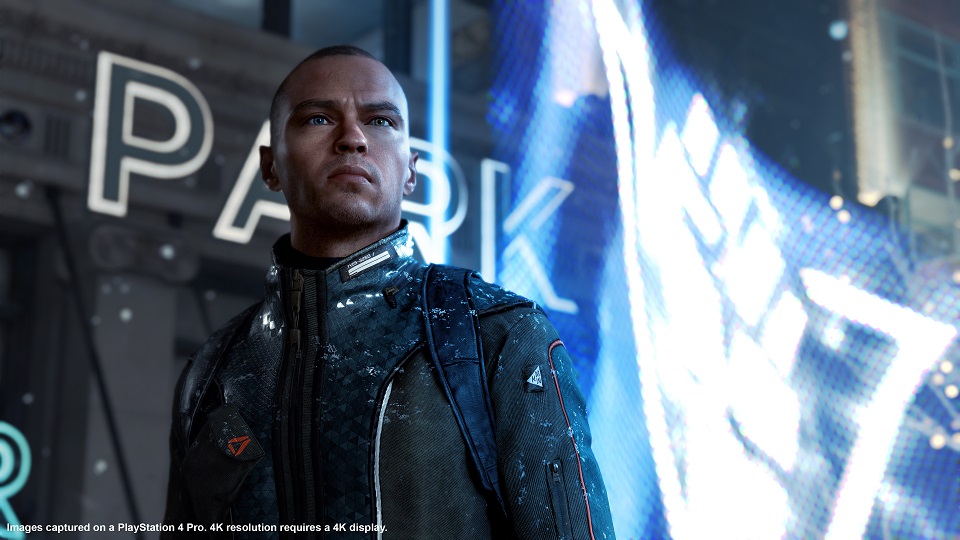 It’s recommended you play through Detroit: Become Human in its entirety at first, fully committing to your choices. After seeing what happened in my story (and feeling flat after one of my characters met an untimely demise), I went back to several scenes and replayed them over and over again, trying to unlock more options, explore more pathways and get more of the story. I appreciated that going back didn’t just give me a different outcome, but also some more insights into characters that I hadn’t seen previously, changing the way I felt about them.

More impressively, there were several hours of additional gameplay that you might not get to experience completely unless you got back and choose differently. It never feels like a chore replaying scenes when the timeline alters so drastically that it creates entirely new experiences for the player, and being able to go back and choose specific scenes at a whim is smart, not forcing you to necessarily start from scratch.

As a narrative adventure, the gameplay itself in Detroit: Become Human is limited, and will feel familiar for anyone who has played Quantic Dream’s previous outings. Walking around, interacting with the environment and choosing what dialogue to use is mixed in with some Quick Time Events where you’ll need to promptly match button presses with the on screen prompts, affecting the action that takes place (usually during some sort of fight). That being said, there are some wrinkles added to the formula that switch things up just enough to make this feel unique in some aspects.

Connor, as stated earlier, has opportunities to investigate crime scenes, gather evidence and form theories about what might have taken place. By analysing his environment (as only an android can), more options for dialogue open up, and his understanding of how androids operate allows for a perspective on crimes that his human counterparts are unable to provide. Being able to create artificial replays of scenes that then reveals more evidence is a solid idea and it’s done in a way here that feels futuristic and cool, with plenty of on-screen prompts and updates as data is collected. It’s really slick.

The other major wrinkle comes from Markus, who can break down probabilities in front of him to decide on the best course of action. For example, when attempting to climb to a higher area parkour-style, you can test out options without putting the character at risk. That jump is too wide to make? Perhaps you can climb a ladder to the left instead and get more distance. While these ultimately lead to only one solution, they are nice diversions to the rest of the formula. I wish Kara had some sort of talent, but she really does represent the pure “humanity” that androids can feel in the game, so it makes sense that her focus is on relationships rather than analysis and probability.

There’s an overall polish to Detroit: Become Human that makes it feel like a living and breathing world. It impresses technically as soon as it starts, with incredibly detailed motion capture, amazing visual effects and some of the most realistic scenes I’ve seen in a video game. I had to remind myself on several occasions that this was not a live action movie but rather a video game; it looks that good. The actors also all manage to elevate what can sometimes be hammy dialogue with their earnest delivery, which makes the obvious themes work more effectively than they should. The soundtrack is also intense when it needs to be and soft during the more touching moments. It helps to create an epic, almost blockbuster feel as you’re playing, which made every decision feel even more important.

While heavy-handed with some of its delivery, the overall visual style and slick presentation ensures that Detroit: Become Human is entertaining and fascinating to experience. My jaw dropped in shock during numerous points, as characters I cared about perished, decisions I made caused multiple interesting pathways to form and the webs of narrative shifted and jolted with every scene. The inclusion of the transparent timeline is a smart one, as it not only shows that there are indeed multiple paths, but it inspires you to complete as many of them as possible. You could argue that there isn’t much “gameplay” in a traditional sense, but I can’t argue with the emotional devastation and fragility I felt after experiencing some of the darker timelines. For a story about machines, it really did prove to strike a human, emotional chord.