Help the dead pass on in new game Oninaki

It’s been said that many of the stories we tell boil down to one of two things: love and death. We talk of the bonds that bring people together and the mortality that keeps us apart. In fact, we talk about death so much, we craft religions and mythologies around personifications of the process of death. Such is the case with the latest game by Tokyo RPG Factory: Oninaki.

Death is a part of life. When one dies they usually die at peace. But for some, their grief, their sadness keeps them tethered to the world of the living, leaving them trapped in limbo. The wandering souls, the Lost, need salvation in death. To sever the Lost’s ties to the living world, and help them pass on, that role falls to the Watchers. This a story of Kagachi, one such Watcher.

After the game was originally announced back in February the team have been hard at work bulking up heaps of the games lore. There are a bunch of additional characters, with some mighty fine flavour text. Early days, but it definitely feels like we might get a rich tapestry of a game when we get the full release. 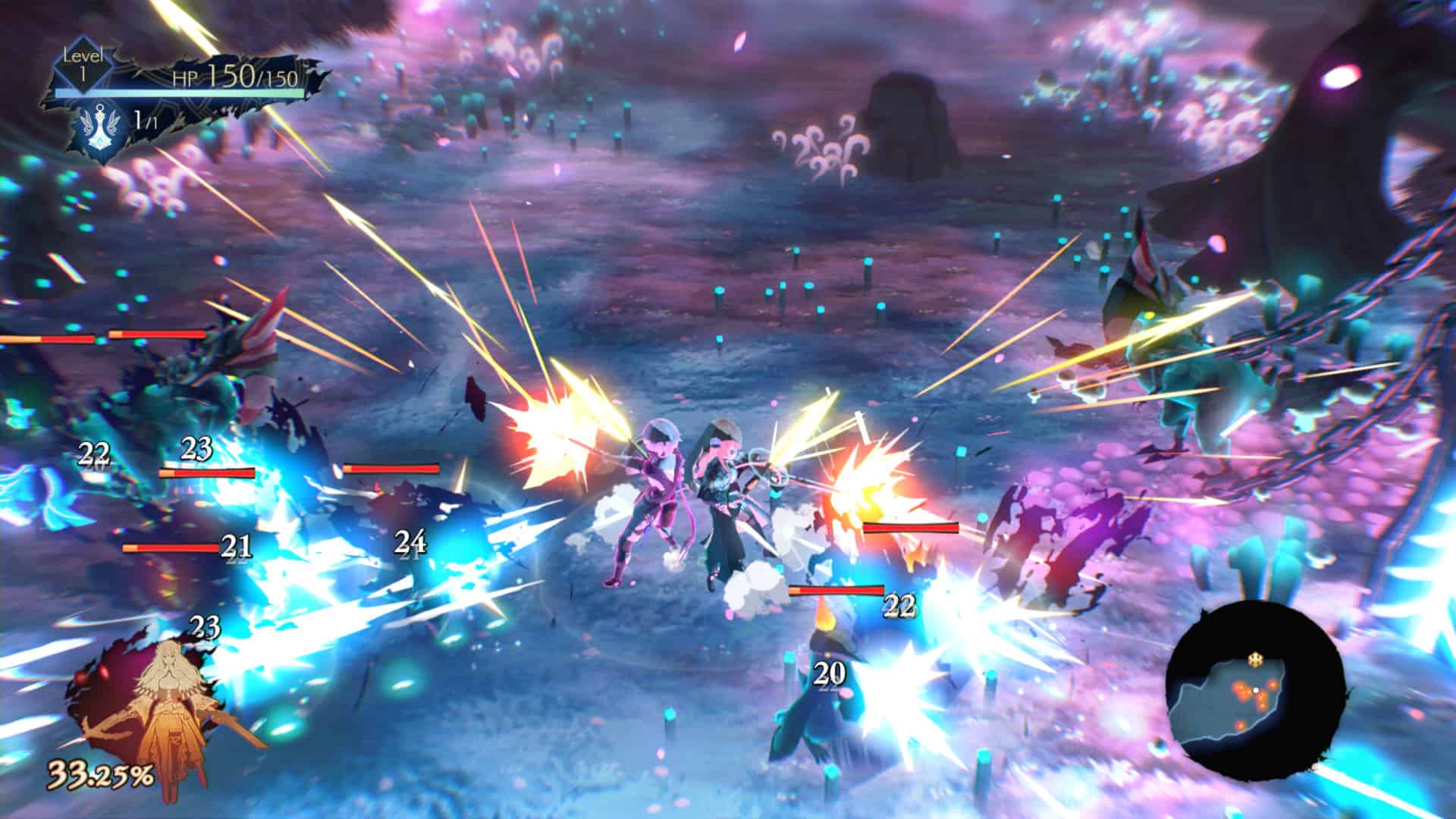 Oninaki is a tense and exciting hack-and-slash game. Players need to gather allies and Daemons to fight alongside them to defeat their ghastly enemies. It looks to fast-paced, with a lot of weapons and spells to keep the evil forces at bay. Oninaki will be passing over to stores on August 22 this year, on Switch, PS4 & Steam.