Free DLC costumes are coming to Marvel’s Spider-Man to tie in with Spider-Man: Far From Home. The costumes are based on the Stealth Suit and the Upgrade Suit that Tom Holland’s Peter Parker wears in the new MCU movie.

Marvel’s Spider-Man, released for the PS4 last year, takes place in a setting distinct from the films, comics and cartoons based on the character. However, the player can unlock variant costumes that resemble different outfits the character has worn across multiple continuities. These range from iconic alternate suits worn by Spider-Man, to more obscure references to Spider-Man lore. 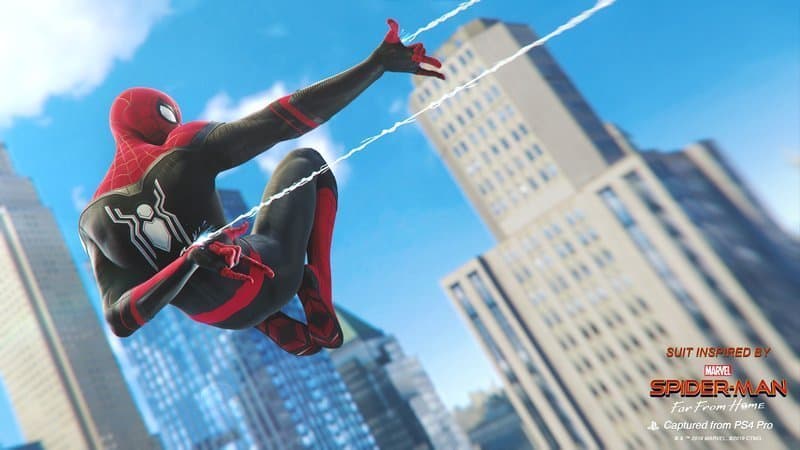 James Stevenson, Community Lead at Insomniac Games, announced the new skins on the official Playstation Blog. “While we’re busy working away here at Insomniac Games, we couldn’t pass up the opportunity to once again team up with Sony Interactive Entertainment, Marvel, and Sony Pictures Entertainment to celebrate the release of Spider-Man™: Far From Home in cinemas on July 2nd! As such, we have released a new update for the game via Patch 1.16* that will bring two FREE brand-new suits from Spider-Man: Far From Home to the game.”

The game already contains three costumes based on Tom Holland’s MCU version of the character. These include the Iron Spider suit he wears in Avengers: Infinity War, the DIY suit he wears prior to meeting Tony Stark, and the suit he wears in Spider-Man Homecoming. With these two new costumes , that brings the number of suits based on the MCU up to five. There was also the costume based on the Sam Raimi trilogy that was released for free alongside the DLC episodes.

It is hard to argue against free stuff. Marvel’s Spider-Man was an enormous success,  beating out Playstation titans like God of War and The Last of Us to becoming the fastest selling PS4 exclusive. As such, patching in two of MCU Spider-Man’s newest costumes is both a good way of promoting the film, and rewarding players for sticking around and supporting the game. 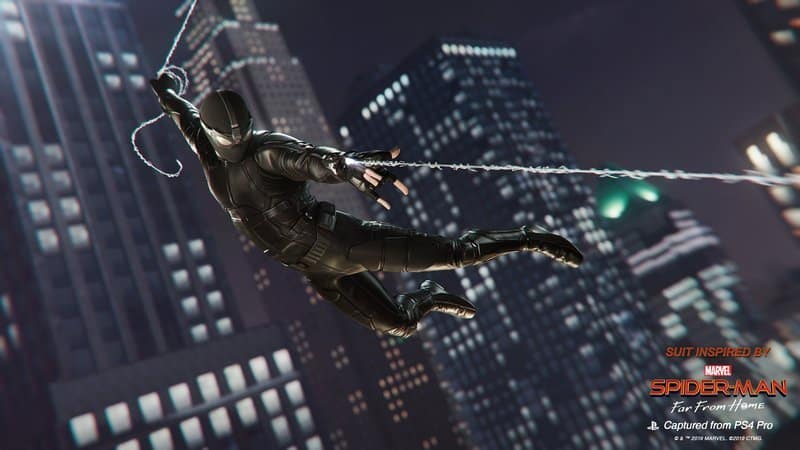 This is similar to how DC Comics have sometimes promoted their film adaptations in video games. Both Batman: Arkham Knight and the Injustice games contained costumes which resemble outfits from films like Man of Steel, Batman v Superman: Dawn of Justice and Wonder Woman. Fortunately, the film tie-in costumes in Marvel’s Spider-Man are free, which has not always been the case for DC Comics.

The new suits will be introduced alongside Patch 1.16. Players should be able to access it from the pause menu alongside other unlocked suits. Unlike some other suits, these do not come with additional Suit Powers. However, this is still a pretty great means of cross-promotion. If you just got out of Spider-Man: Far From Home and want to dress up the PS4 Peter Parker like Tom Holland, Marvel and Insomniac have you covered.