Recently announced by Nintendo is the new Switch Lite model that will be hitting shelves in September, but there is also a newer Switch coming later this year as well.

This new Nintendo Switch model is stated to carry a battery life of 4.5 – 9.0 hours, a significant improvement to the current Switch’s battery life of 2.5 – 6.5 hours. It has only been announced by Nintendo of Japan for release sometime in August, so no details on when it may be hitting western shores as of yet. The following Tweet, once translated, reveals the announcement.

As is to be expected the actual battery life you receive will depend on the title being played, with The Legend of Zelda: Breath of the Wild reportedly getting around 5.5 hours of gameplay on the improved model, compared to around 3.0 hours on the current model in ideal settings.

As far as I can tell there does not seem to be any other significant improvements to this new model unless Nintendo is just not ready to state what else may have been upgraded. 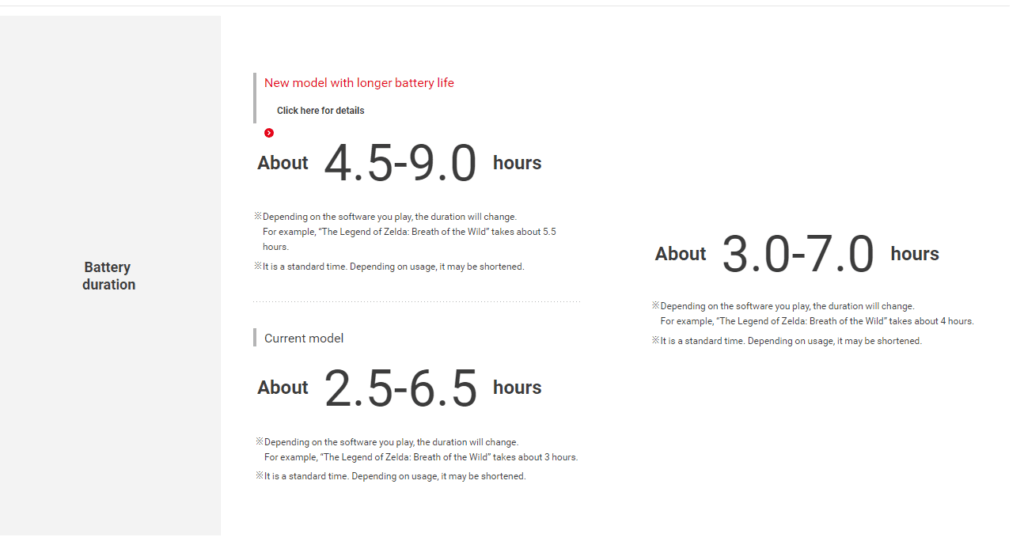 It is interesting to note that the Switch Lite, which is a purely portable device, is stated as only having a battery life of 3.0 – 7.0 hours, which makes me wonder why it did not also receive the same extended battery life as this updated Switch model.

My guess is that this newer Switch model is due to replace the existing version over time, but it is confusing that Nintendo doesn’t seem to be advertising updated packaging or a way to clearly identify which model you are actually picking up in stores, at least at the time of writing.

This announcement also seems to crush any hope us fans had for a Pro model launching in 2019, as it would be extremely unlikely for Nintendo to announce a third model this year causing further confusion amongst the general public.

What do you think of this updated model? Let us know in the comments below.