Blizzard has altered Overwatch matchmaking to make it easier to form balanced teams. With the Role Queue feature, there is less pressure to choose your player character at the start of a match. It will also make it easier for players that prefer certain roles to find matches where they can fill their preferred niche.

The way Role Queue works, players entering Competitive and Quick Play modes pick their class (out of Tank, Support or Damage) before the match even starts. Then, the matchmaking system will set up a team with two tanks, two supports and two damage heroes. Once in a team, players choose their hero from their chosen class. At the end of each match, players can return to the main menu and pick a different class if they want.

One benefit to this system is incentivising more balanced team compositions. By necessitating a quota for each class, players can enter matches faster by choosing unfilled niches in parties. The system will further reward players that pick roles that are in high demand with in-game rewards, like loot boxes. 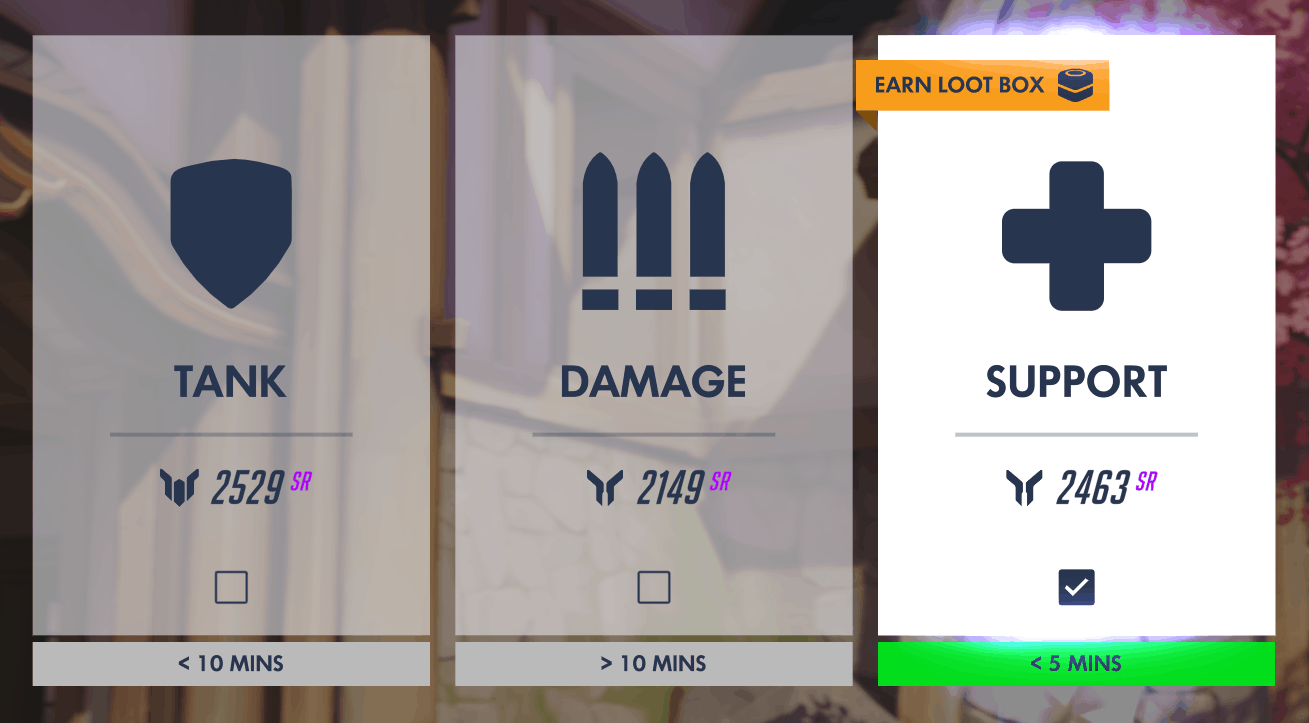 According to Blizzard, the purpose of Role Queue is to “improve match quality, give players more control over their gameplay experience, and provide more positive social experiences between teammates.” By ensuring that players can stick to a preferred role, or branch out to fill niches, it removes the tension of the first 40 seconds of trying to allocate who does what in a team.

Other balance features include ranking players on the basis of their skill in each class. This will give them Skill Rank which puts them in separate tiers for each class, going from Bronze all the way to Grandmaster. This will ensure that players aren’t placed in high-ranked matches as classes they are unfamiliar with.

The Role Queue update is a big overhaul of how Overwatch matchmaking works. However, it might make players think more tactically regarding which classes they pick in the future. Furthermore, it will make teams more balanced, which might make matches more enjoyable. This addition comes after Blizzard’s crackdown on cheaters in Overwatch.

Role Queue will be fully available for Quick Play and Competitive Play beginning on September 1 for the start of Competitive Season 18.