Tetris 99 to get offline multiplayer, but only through paid DLC

When Tetris 99 surprise dropped earlier this year, it shocked almost everyone. With it we had a new addition to the Battle Royale genre, but it wasn’t one many expected. Still, curious audiences pursued and it ended up actually being an enjoyable online experience. Now, it gets its second batch of offline DLC content since the first in May and now it will have multiplayer play.

This first batch of paid DLC content was titled the Big Block DLC and with it offered players the chance to hone their skills by battling it out against 98 CPU bots instead of real human players. Along for the ride was also the incorporation of a Marathon mode. This new DLC will become packaged with the Big Block DLC and simply be named DLC 2, as per a listing on Nintendo Australia’s site. 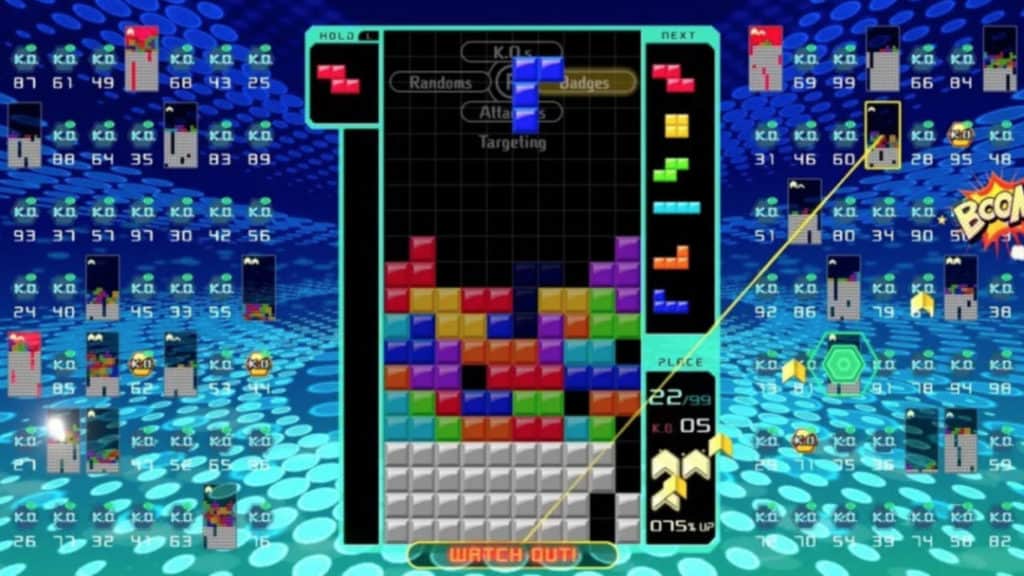 It’s curious then to see just how a local offline multiplayer version of this game will work. Don’t go struggling to find 98 friends to cram into your lounge to battle it out for this DLC just yet, the Switch only allows for four. So, due to this it may be that up to four of you can battle it out against bots or its just a max four free for all which could make for some quick and fast fun.

For now, players will just have to wait as the release is only slated for sometime before December 31st. “In the second DLC, we plan to add a new mode that lets you play offline with your family and friends,” the listing of the DLC reads. The Big Block DLC can be purchased from the Nintendo E-Shop for an additional $15 to the already free Tetris 99.

Will you be checking the game out and doing your best to break blocks faster than your friends? Let us know in the comments below.