Super Smash Bros. Ultimate has received its newest premium DLC fighter. The latest addition to the roster is Hero from the Dragon Quest series.

Rather than being from any specific entry in the franchise, Hero is sort of an amalgamation of the different nameless protagonists. In addition to the new DLC fighter, new DLC Mii Fighter costumes inspired by the Dragon Quest series are now available.

The Dragon Quest RPG franchise has been steadily releasing new instalments since 1986. Although obtaining a mostly niche following in the West, the series is phenomenally popular in its home nation of Japan. Stories of lines stretching around the block and hundreds of students skipping school in Japan whenever a Dragon Quest game abounded. Although rumours of the Japanese government passing a law that Dragon Quest games must be released on weekends were just the stuff of urban legend,  every main series instalment until Dragon Quest X was released on a weekend. Make of that what you will.

In Super Smash Bros. Ultimate, Hero fights with a combination of physical attacks and magic spells. Using the B button, Hero can cast spells like Woosh to gain altitude, and Zap and Frizz to attack at a distance. Each spell can be charged to higher levels to make them more effective. It is Hero’s B+Down command that really mixes things up, however. With the “Command Selection” ability, the player is given four menu commands, reminiscent of the turn-based battle command menus from the Dragon Quest series.

From there,  Hero can choose from one of four randomly selected abilities, which have a large variety of results. These including flying into the air, making a huge explosion, raising one of Hero’s stats, or firing a spell that can has the chance to destroy an enemy’s stock. For balance, almost all of these abilities run off a rechargeable MP meter, with more powerful spells using more MP. As such, players can’t just spam powerful abilities over and over, even though the metre recharges quite quickly. For his Ultimate Smash ability, Gigaslash, Hero summons all the heroes from previous Dragon Quest games to help him perform an ultimate attack against the opponent. 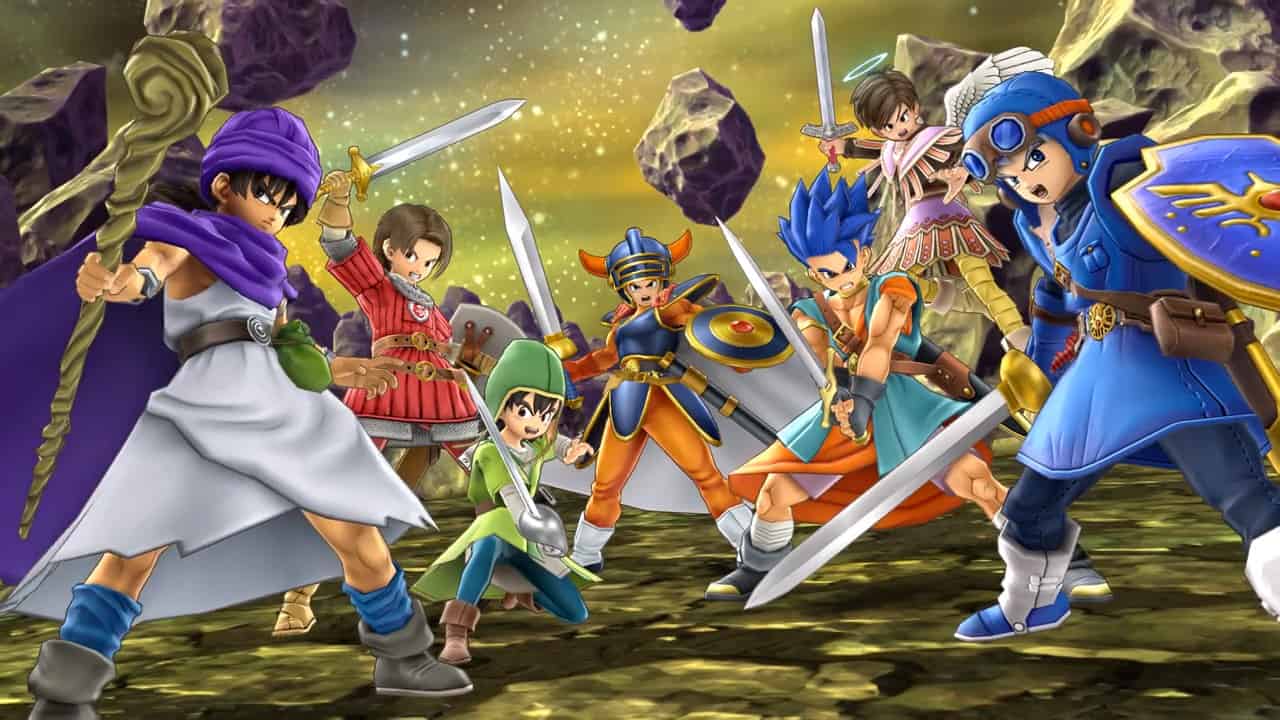 In a similar vein to previous DLC characters, Piranha Plant and Joker, Hero is quite mechanically unusual, yet fun to play. There is a strong emphasis on randomness in his Command Selection ability, making playing as him a chaotic affair. Still, fans of the Dragon Quest franchise will love the callbacks to the franchise in spell names, and his different palette swaps. Purchasing Hero also unlocks the Yggdrasil’s Altar stage. As separate purchases, players can now buy costumes based on the Dragon Quest, such as Erdrick’s Helmet and Armour, a Slime helmet, and more. 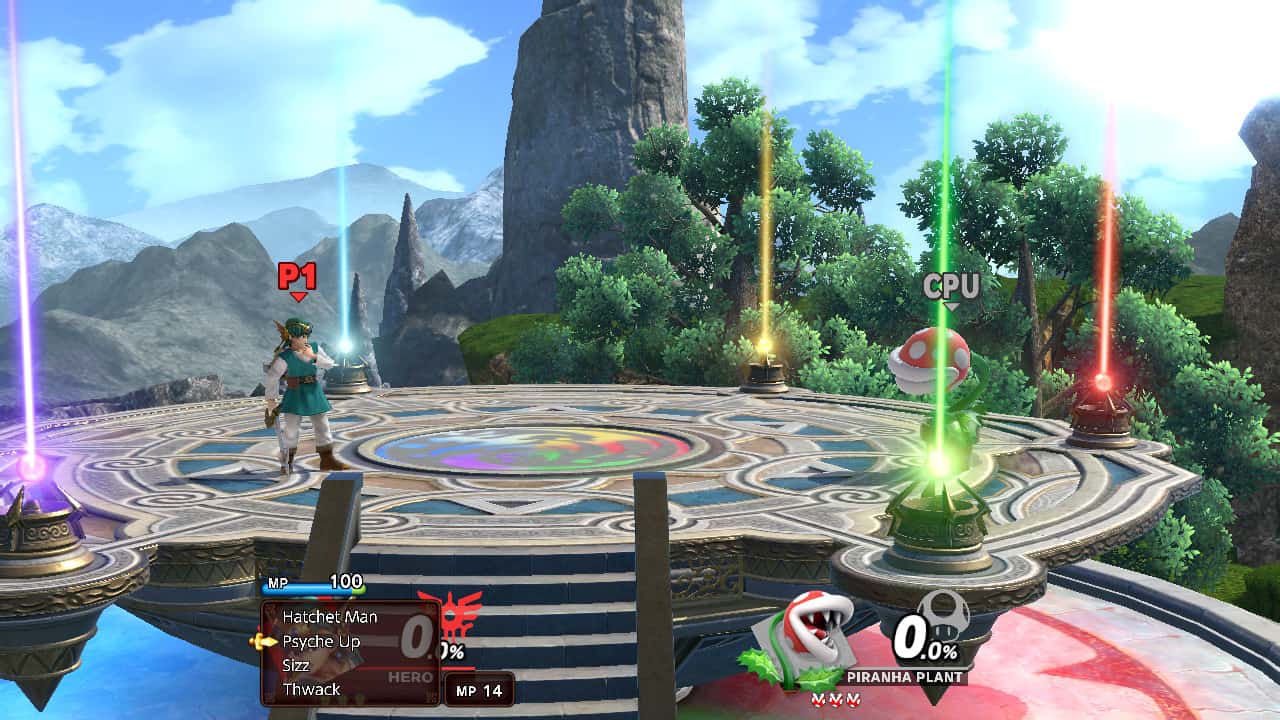 Along with the new premium DLC content,  Version 4.0.0 has arrived for Super Smash Bros. Ultimate.  This has added a new Very Easy difficulty setting for offline Adventure mode. Some terrains in Stage Builder mode have been altered. For online play, Online Tourney mode has been added. Furthermore, players in Spectator Mode can predict the winner of fights, and win in-game items and coins for a successful guess.

It sounds like Super Smash Bros Ultimate is still being strongly supported after several months. After Hero, the next revealed Fighter is Banjo & Kazooie from the Banjo-Kazooie franchise, which will be released later this year. Two more mystery DLC fighters are yet to be revealed as part of the Super Smash Bros. Ultimate Fighters Pass.