Shortly after Anthem’s Lead Producer, Ben Irving, left the company, Bioware has had another high profile exit. Fernando Melo, Lead Producer of the upcoming Dragon Age 4, has departed Bioware. It isn’t known who will replace him in this role, or what this means for Dragon Age 4’s production.

Fernando Melo has been involved in the Dragon Age franchise from the beginning, working as a senior producer on Dragon Age: Origins and Dragon Age II. He was made head of online development in 2011. When Mass Effect: Andromeda began production in 2015, Melo worked on its online components. Then, he was made Lead Producer of the upcoming Dragon Age title, codenamed “Morrison”.

Tonight I got to write my name up at our local pub, alongside many other amazing peers over the years, and it reminded me of a lot of folks no longer here that I miss dearly. pic.twitter.com/MFQELPM2jr

According to Melo, his departure is due to wanting “time to disconnect and explore a couple ideas for next chapter in my career”, suggesting that it is unrelated to the closely-timed resignation of Anthem’s Lead Producer, Ben Irving. Melo has not stated what the next step in his career will be, but like Irving, he could be taking up a new position with a different gaming studio.

Melo seems confident that Dragon Age 4 is in good hands back at Bioware, however. In his parting email to colleagues, he states that “with a great leadership team in place, a fantastic creative vision, and some of the best devs in the world, Morrison is well on its way to becoming the definitive Dragon Age experience”. 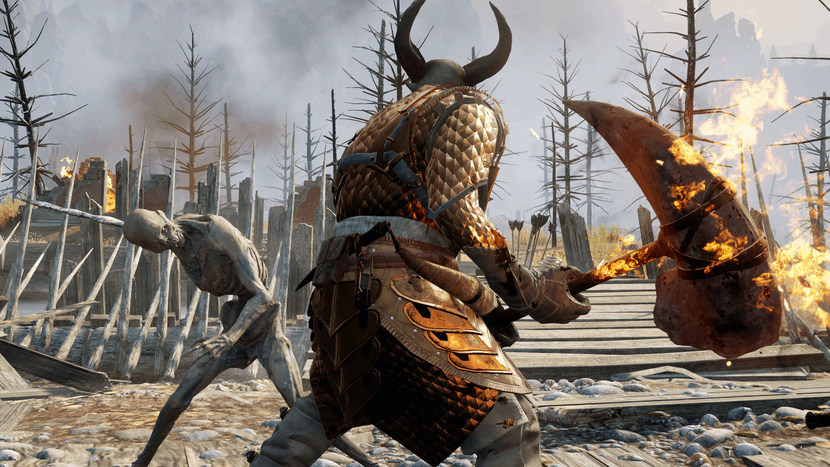 Two Lead Producers leaving Bioware in as many days isn’t a great look for the company. It is entirely possible that they both departed coincidentally for personal reasons. Hopefully, this doesn’t suggest some kind of internal strife at Bioware which could endanger Dragon Age 4’s development.

Dragon Age 4, the latest in Bioware’s fantasy RPG series, was teased last year at the Game Awards 2018. It looks like it will tie up the lingering plot threads set up by 2014’s Dragon Age Inquisition. No release date or period has been suggested yet, but it seems to be well in development.

1 million trees have been planted thanks to Alba: A Wildlife Adventure