Ion Fury (formerly known as Ion Maiden) is a fun little love letter to 90s FPSs. Unfortunately, the gameplay isn’t the only throwback to the 1990s,  as Voidpoint, the developers behind Ion Fury, also made various homophobic and transphobic comments, both on their developer Discord channel and in the game itself.

At first they apologised for the comments, and stated that the language would be removed from the game, and that the studio would be making a $10,000 donation to the LGBT non-profit, The Trevor Project. Since then, the studio has backtracked on its decision to remove the homophobic content from the game, although it will still be making that donation.

The Discord comments were captured on a Resetera forum thread, finding lots of evidence of transphobic comments.  In one screenshot, Ion Fury lead developer Terminx writes, “Yeah if you’re trying to decide your child is trans at birth you have mental problems and probably shouldn’t be a parent [in my opinion].” Later on, a different Ion Fury developer, Daedolon, asks, “[B]ut mutilating a perfectly healthy body WHILE you have depression and other big mental issues won’t [cause suicides]?”

It goes without saying that those comments were unacceptable, and Voidpoint made a response, apologising for the transphobic language. “We recognize these statements are insensitive, unacceptable, and counterproductive to causes of equality”, the studio wrote. “We take full responsibility for any damage that has been done to the relationships we’ve worked so hard to build.”

“Moving forward, Voidpoint will institute a zero-tolerance policy for this type of language and all employees and contractors will undergo mandatory sensitivity training. As part of our efforts to contribute to the work that must be done to further support these communities, we are donating $10,000 from Ion Fury’s release day proceeds to The Trevor Project. We are also patching Ion Fury ASAP to remove all unacceptable language.”

Said unacceptable language in Ion Fury includes a bottle of soap that labelled “OGAY”, and some particularly undesirable text in a secret location accessible via hacking the game. At first, it looked as if the studio was going to go through with altering the game, until the review bomb hit. Soon after the initial apology, the game was hit by a tidal wave of negative Steam reviews. Many of these reviews don’t have much playtime logged, and the common theme is complaining about “censorship”.

The highest rated negative comment so far states that “by all accounts, Ion Fury itself is an excellent game and an excellent product, a labour of love from a time passed by, and from my own playtime with it i would agree with that assesment (sp). I would recommend it to anyone strictly on that basis.

However, I speak for myself foremost, but it also seems that i speak with a *lot* of other customers when i say that it feels like the release of this game, which was so much anticipated, has more or less been ruined by what has happened here with the real downspiral being triggered by 3D Realms decision to kowtow to a hate mob, clearly against the expectations of their own customers. This incident has become, in my opinion, an exemplar of what *not* to do.”

Fortunately, , Valve’s reworking of the Steam Reviews algorithm prevented Ion Fury’s overall rating from being impacted too much. However, it clearly spooked Voidpoint into backtracking on their initial promises. On their Steam Store page, the developers made a post stating that “Ion Fury Game Content Will Not Be Censored“.

We will absolutely NOT be censoring Ion Fury or any of our other games, now or in the future, including but not limited to by removing gags such as gaming’s most controversial facial wash.

We do not support censorship of creative works of any kind and regret our initial decision to alter a sprite in the game instead of trusting our instincts. 3D Realms and Voidpoint stand together on this matter.

Last but not least, please respect our need to keep our community forums clean from hateful messages, spam, or off-topic threads. We recognize our mistake and have received your message loud and clear! 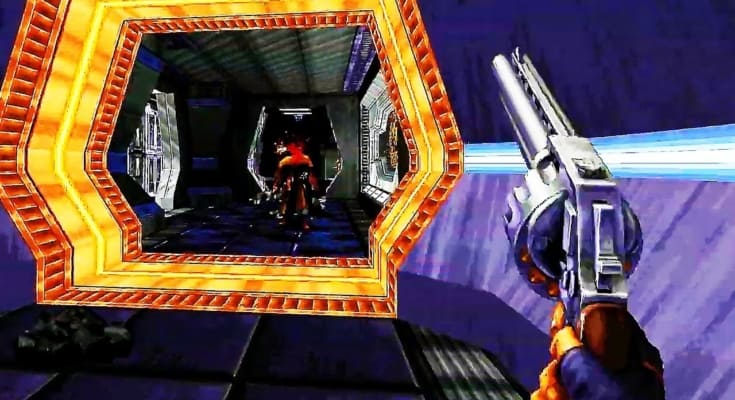 Ignoring the fact that voluntarily editing your own content to better suit your audience is not what censorship means at all, this is rather disheartening. The developers were so close to making the right move, and it was squandered. Sure, the homophobic content in-game is pretty out of the way and unintrusive. However, that just confirms that it wouldn’t have hurt the game to remove it.

In light of the forum posts,  publisher 3D Realms has confirmed that Voidpoint will be undergoing sensitivity training. Furthermore, the developer will still make the $10,000 donation to The Trevor Project. It is still cold comfort considering the developers backed down a mass effort by review bombers to keep in homophobic content.