Finally, I can look as good as and be Dwayne ‘The Rock’ Johnson. Sort of. Jumanji: The Video Game, originally announced back in June, received its first brief gameplay glimpse for the soon to be released movie tie-in. The new trailer showcases some swashbuckling arcade-y fun such as getting into fist fights, avoiding traps and defending points.

It’s still curious as to why this game exists. While the 2017 film the game it’s based off was by no means a failure, being the fifth highest grossing movie of that year, it came out to very average reviews. Still, Jumanji: The Video Game is coming and it won’t be too far off either. (Historically it’s not like movies need to be “decent” to spawn a trash video game tie-in – Ed)

The game also shares the likeness of the movie’s star studded cast, including Dwayne Johnson, Jack Black, Karen Gillan and Kevin Hart. Each character looks to have their own abilities. Jack Black’s character has a comical body slam move while  The Rock’s naturally uses his strong fisticuffs. Also along for the ride is some apparent gunplay and traversal where players will dodge traps while running from foes such as hippos and human enemies. It doesn’t look to take itself too seriously and hopefully the game uses this in it’s favour. 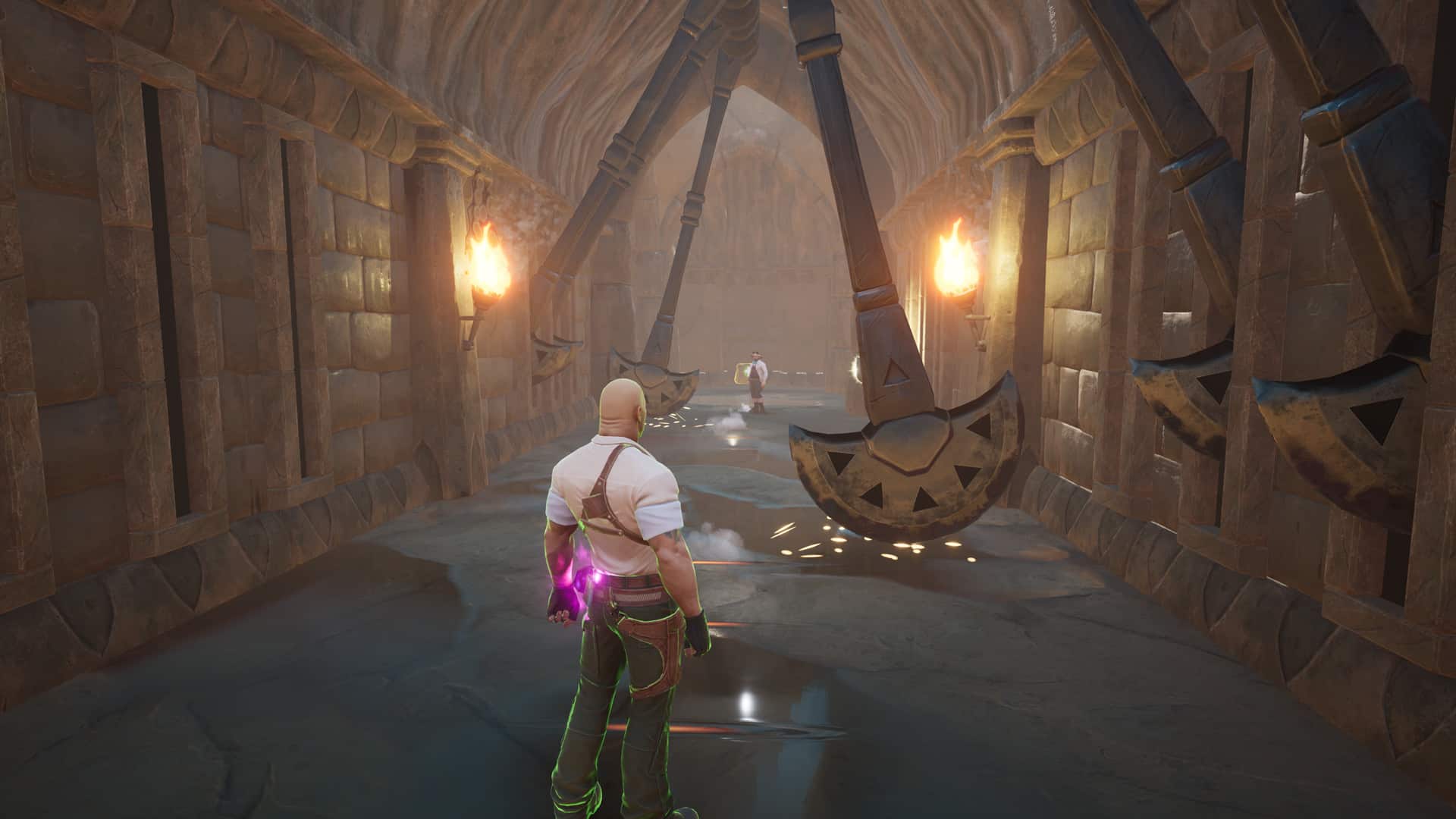 Jumanji: The Game is developed by Funsolve and published by Outright Games. It can have up to four player local co-op, online co-op or solo mode with AI assistance. If done right, the game could be a bit of a fun time killer that is both charming and a solid co-op experience. Think last year’s Strange Brigade.

Jumanji: The Game is based off both its 2017 film and upcoming sequel. It also will be released on November 8th, a week earlier than initially planned. It’ll arrive on Xbox One, PlayStation 4, Nintendo Switch and PC. Are you in for some riotous, swashbuckling fun this November?