It’s hard to believe we’re getting a new Pokémon game for the Nintendo Switch in just under 3 months. But we are, it’s real. In roughly twelve weeks we’ll have Sword & Shield. Our largest look at the game ever came with a Direct just prior to E3. Now, Nintendo have recently released a new trailer in an attempt to further gather hype, including some very interesting additions to the Gen 8 Pokédex.

The trailer featured new Galarian forms we’ll encounter in Galar, including some interesting spins on earlier monsters. We got to see an interesting variant on the Zigzagoon that is now black and white, and also a curious new Galar design of  Weezing. Another familiar friend thats along for a reinvented ride is the Galarian Linoone, which can evolve into an Obstagoon. Also in Galar is a new form changing monster. They go by the name Morpeko and have a “full belly” and “hangry” mode, if you felt you needed a relatable Pokémon.

This two minute trailer was seemingly jam packed, because we also got a look at some rival trainers and a new team. We meet a stylish Bede and a very gothic Marnie. Marnie doesn’t come alone either though. With her we have our new team, Team Yell, a team that of course are Marnie’s number one fans. The team sport a similar look to Marnie, with dark clothing, chokers, studded ankle chains and punk boots to match. 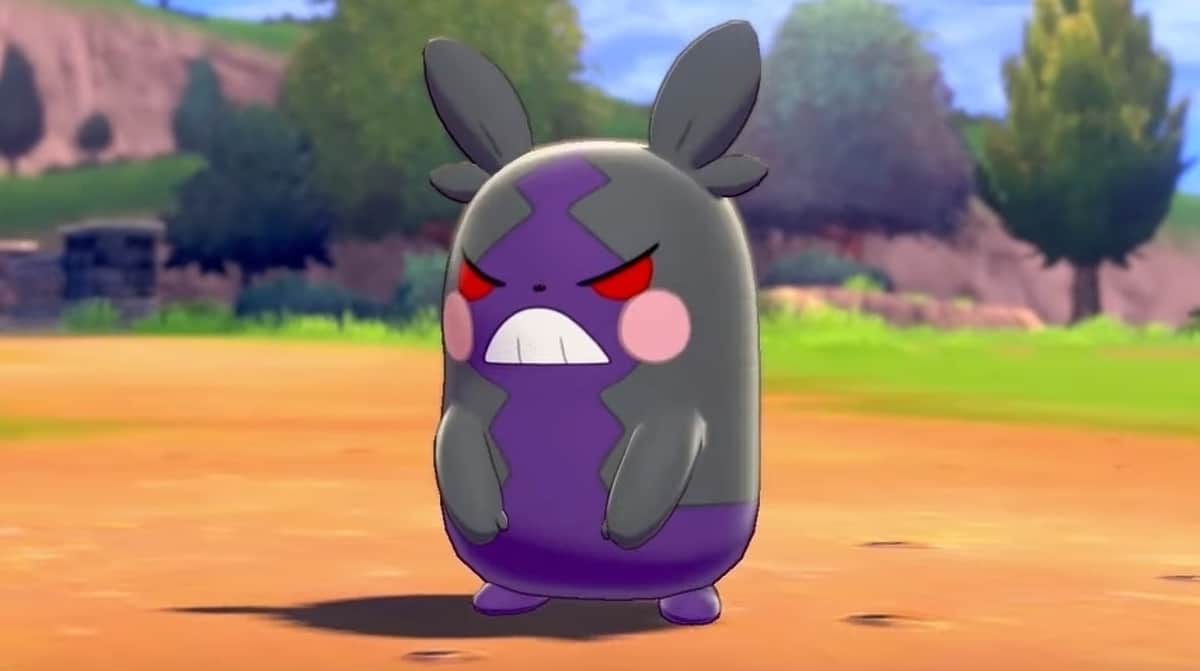 Nintendo just keep being generous, giving and giving with their teases for Sword & Shield. Pokémon: Sword & Shield releases on the Nintendo Switch on November 15th. Whether it’s because of the new relatable form changing Morpeko, interesting new trainers and team, or the odd Weezing choice, will you be jumping into Galar come November?