Dragon Ball Z: Kakarot is looking great. I watched Dragon Ball Z as a kid, the 30 minute episodes weren’t long enough. A battle would take a week, it always kept me glued. I played some of the Dragon Ball Z beat ’em ups over the years. Awesome graphics and battles for sure but it was always feeling a bit light on the story. I always wanted the full on narrative RPG experience and man does Dragon Ball Z: Kakarot look like it’s serving it up hot. Not only that but at Tokyo Game Show (TGS) 2019, Bandai Namco announced the release date will be January 2020 so Christmas is coming a little late this year.

They also showed up with some gameplay, showing off the open world and random battles. The dream of interactive media back in the day was to feel as though you’re actually a part of the video game world. Many games have come close, but Dragon Ball Z: Kakarot looks like it’s finally able to make you feel as though you’re playing the TV show. Here is some of the live stream from TGS including the presenters playing live.

Ooomph those are some classic battles played in real time with anime style realness. Check out the effects when you drive the enemy into the ground, leaving a trail behind them. There is no proper Kamehameha on show just yet, but I can’t wait to go Super Saiyan and show them who’s boss. Long before Kazuma Kiryu was the Dragon of Dojima and busting heads, Goku was the guy that you only mess with if you didn’t know better.

Pay close attention, you will see cars driving around in the background. You run into characters at the side of the road offering a side quest or two. I’m already thinking about whether to walk, run or fly to my destination. 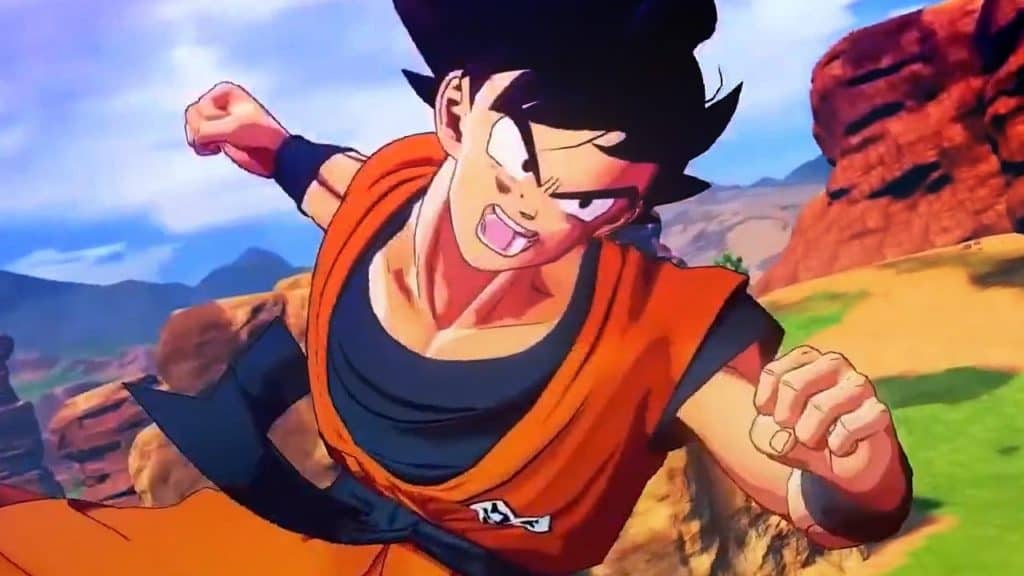 If you are a little tired of those big AAA open-world adventure games with a bunch of additional collectables (I know I am) and want to get some colour back in your life, keep an eye out for this title. More progress and gameplay from Dragon Ball Z: Kakarot will emerge as it nears its release date, and so far it looks like it is going to turn out brilliant.