Dragon Quest XI on Switch is one of the best RPG’s ever, in your pocket

The Nintendo Switch is continually growing in its library of amazing RPG’s, plenty of which have been ported over from their original versions years prior. Whether it’s quirky but complex JRPG’s like Ys VIII: Lacrimosa of Dana, underrated gems like Dragon’s Dogma or even big AAA beasts like The Witcher 3, the sheer volume of quality, amazing adventures on the handheld home console hybrid is astounding, only growing more each passing month.

So it’s no surprise that Dragon Quest XI S: Echoes of an Elusive Age – Definitive Edition has found its way onto the Switch, and it’s also no surprise that it remains to be one of the best RPG’s of all time, but is now playable portably – and that’s probably enough for most of you to go out and buy it right now.

Here’s what I said in my review a year ago:

“Dragon Quest XI: Echoes of an Elusive Age may very well be the best Dragon Quest ever made, and therefore one of the best JRPG’s of all time. It’s certainly in the running for being the most gorgeous, with lush environments, incredible monster design and detailed, varied towns to explore. But its foundation is the battle structure which, in my opinion, has been refined and tweaked to a point where it’s incredibly accessible but still incredibly complex as your party expands. It’s a perfect blend of old-school mechanics with a satisfyingly modern style that makes this stand out as one of the most enjoyable RPGs ever made.”

Pretty glowing stuff, right? And I still feel the same today. Loading up Dragon Quest XI on my Switch brought all these positive memories flooding back. The amazing art style, the iconic soundtrack, the fun and friendly characters, the addictive combat… it’s all there, but now I can take it to work and play it on my lunch break. 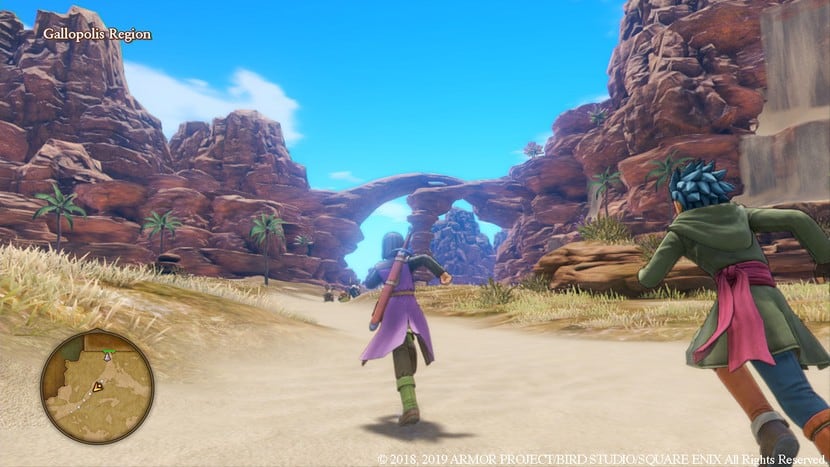 That’s not to say that portability is the only thing that’s different in this version of the game, but if you’ve already played it upon launch last year and were hoping for big changes, you won’t find them here. It also goes without saying that the graphic fidelity has been scaled down a little bit. Side-by-side comparisons will show clear blemishes and a drop in resolution, but it’s not something I really noticed or was overly bothered by as I sunk my teeth into this re-release in handheld mode. On your TV? Yeah, it’s a bit noticeable.

Other additions include the full Japanese voice-over which will make fans of authenticity pretty happy; I didn’t find the English voice acting in Dragon Quest XI to be as grating as other dubs, but I know some people have a clear preference. 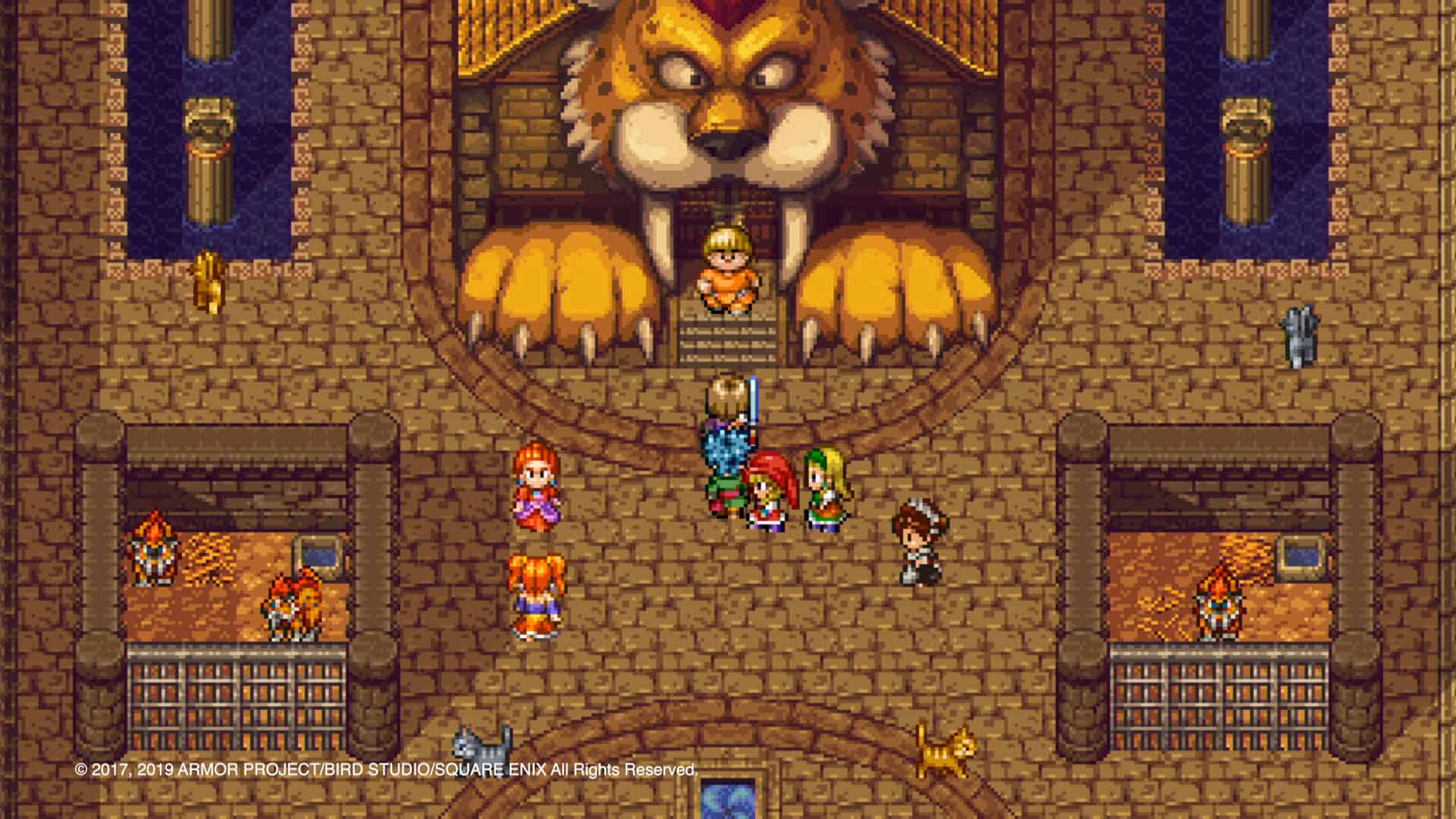 The other new element is a 2D pixel-art graphical mode that was available on the 2017 Japanese 3DS version. It’s very colourful and is a different way of playing a game that I already love, feeling very retro but with the story beats and characters from last year. It can be switched to only at churches (and isn’t always seamless) but is a truly cool addition. It’s not just visual either, it really makes it feel like an entirely different game in how it plays. You can even change the music back to a more retro vibe if that’s something you’re keen on.

Overall, your mileage on Dragon Quest XI on Switch will depend heavily on how much you love Dragon Quest. I love it, so I love the fact that I can play it in handheld, and have it in my bag to pull out while I’m on the train or taking a long lunch. The series as a whole has really found a home over the last several years with several iterations featuring exclusively on the 3DS, so Dragon Quest XI certainly feels at home on the Switch. If you’ve played it before and loved it, yes it’s worth playing again. If you were holding out for this version, it’s a fantastic way to experience one of the best modern RPG’s in recent memory.