PAX Australia may have already been huge this year as is. So, with there already being a lot of games and studios on the show floor, standing out was hard. Luckily, Sydney developer and publisher Blowfish Studios came through this year with five games on display this year. With this, they proved both quality and quantity with the talent coming from their studios. Here’s what they had to show: 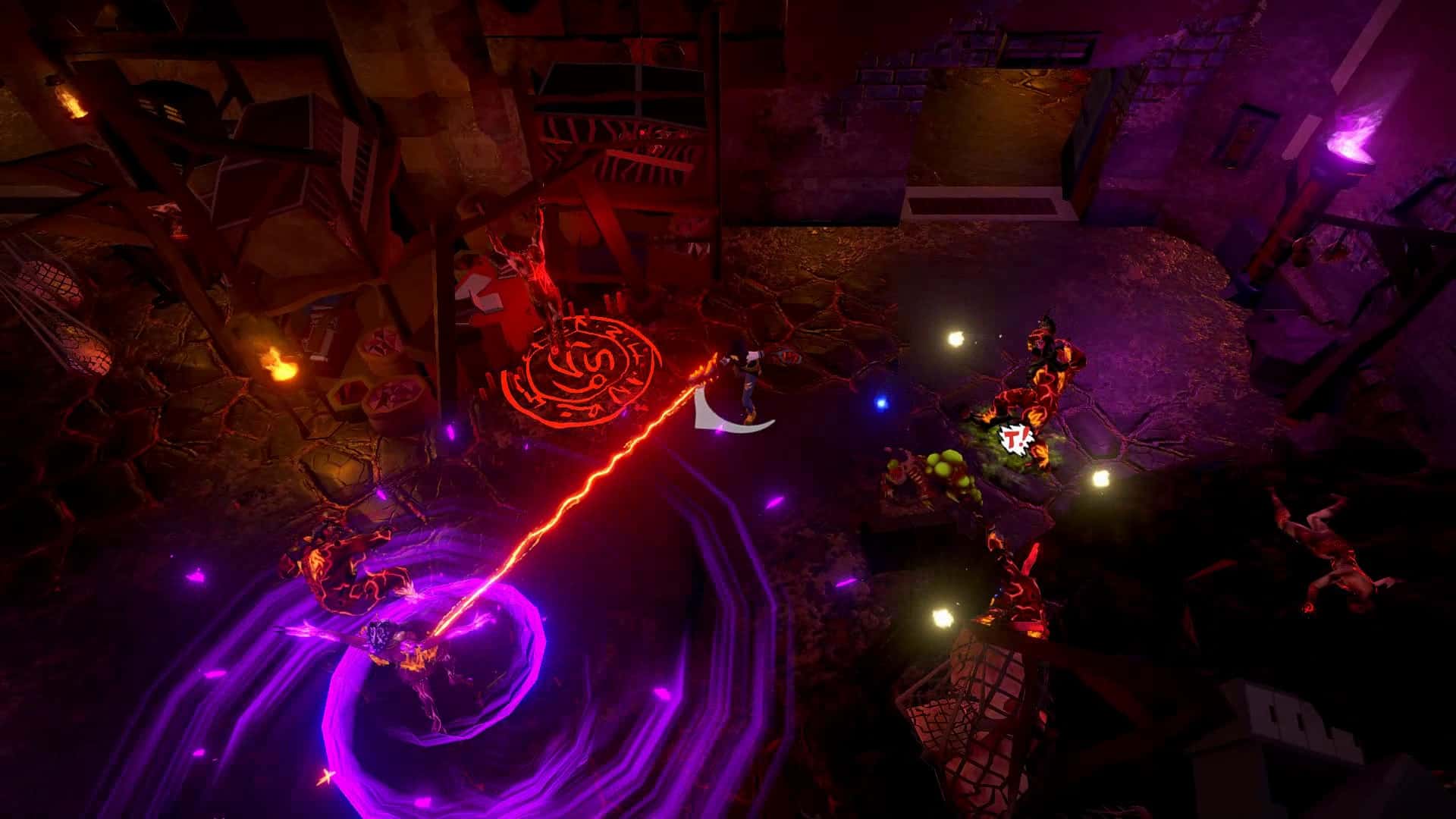 One interesting entry at the booth was Obey Me. It plays as a top down hack’n’slash. You’re Vanessa, a former human turned demon that’s partaking in an all out war that’s been going on. A war that’s pitted angels and demons against each other as mankind and their souls hang in the balance. If playing the game in co-op, the second character will play as Vanessa’s trusty sidekick Hellhound dog known as Monty. It plays a lot like an interesting mesh of dungeon crawlers and hack’n’slashers like Devil May Cry. You’ll be using abilities as well as slicing and dicing your way through some baddies, dodging where necessary.

Obey Me is coming soon for the Nintendo Switch, Xbox One, PlayStation 4 and PC. It was developed by Error 404 Game Studios with Blowfish Studios publishing.  If you’re a comic fan and want a fix of the game’s world in the meantime, they currently have an accompanying comic run! 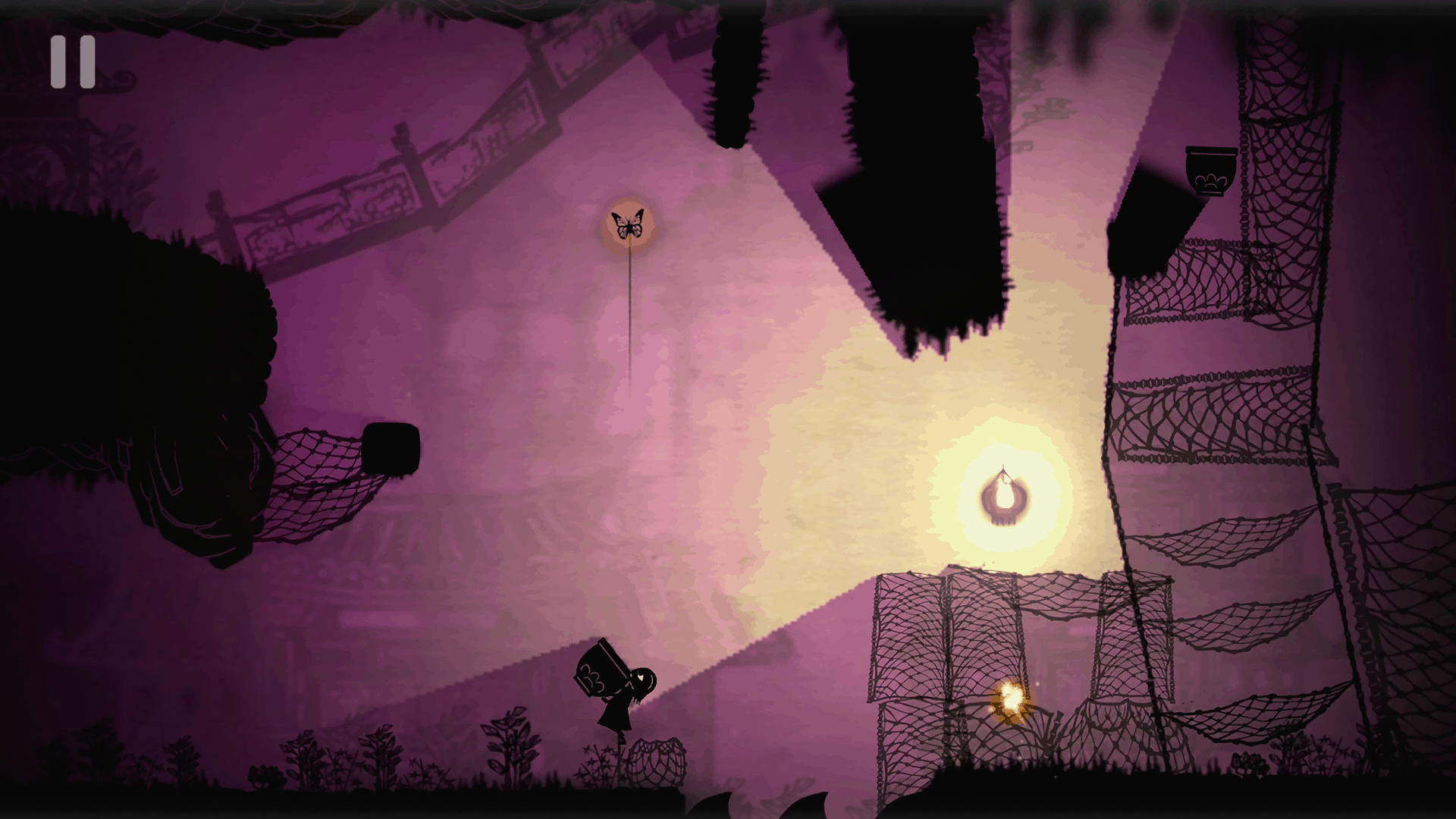 I’ll always commend puzzle games for trying something new. Projection: First Light is just that. You play as a young girl named Greta on the journey of self enlightenment. On your journey, you’ll face many obstacles in your way and in some instances even be unsure of where to turn. Here’s where the gameplay mechanic comes into play and shines. You control the lighting of your environment, casting shadows to reveal areas, paths and tools to help you progress. It’s a tough and brain testing puzzler, but I have to commend it for how smart it is.

The game’s development was a collaboration project between Shadowplay Studios, Sweaty Chair and Blowfish Studios. Projection: First Light is out now for Apple Arcade, with Nintendo Switch, PlayStation 4, Xbox One and PC planned for 2020.

Now this one really excites me. Infliction is a horror game developed by a one man team studio by the name of Causitic Reality. If the trailer is giving you big Silent Hill P.T vibes then you’d be right. Causitic Reality states it as a big influence. You’ll be exploring a previously warm and loving home, doing your best to uncover what just went wrong. You’ll be looking through memos, photographs and more to learn of the dark secrets that made this a fractured home.

Infliction is out now for Steam, with plans for Nintendo Switch, Xbox One and PlayStation 4 in the future. We did a write-up of this one a few months back. Expect some good scares with this one. 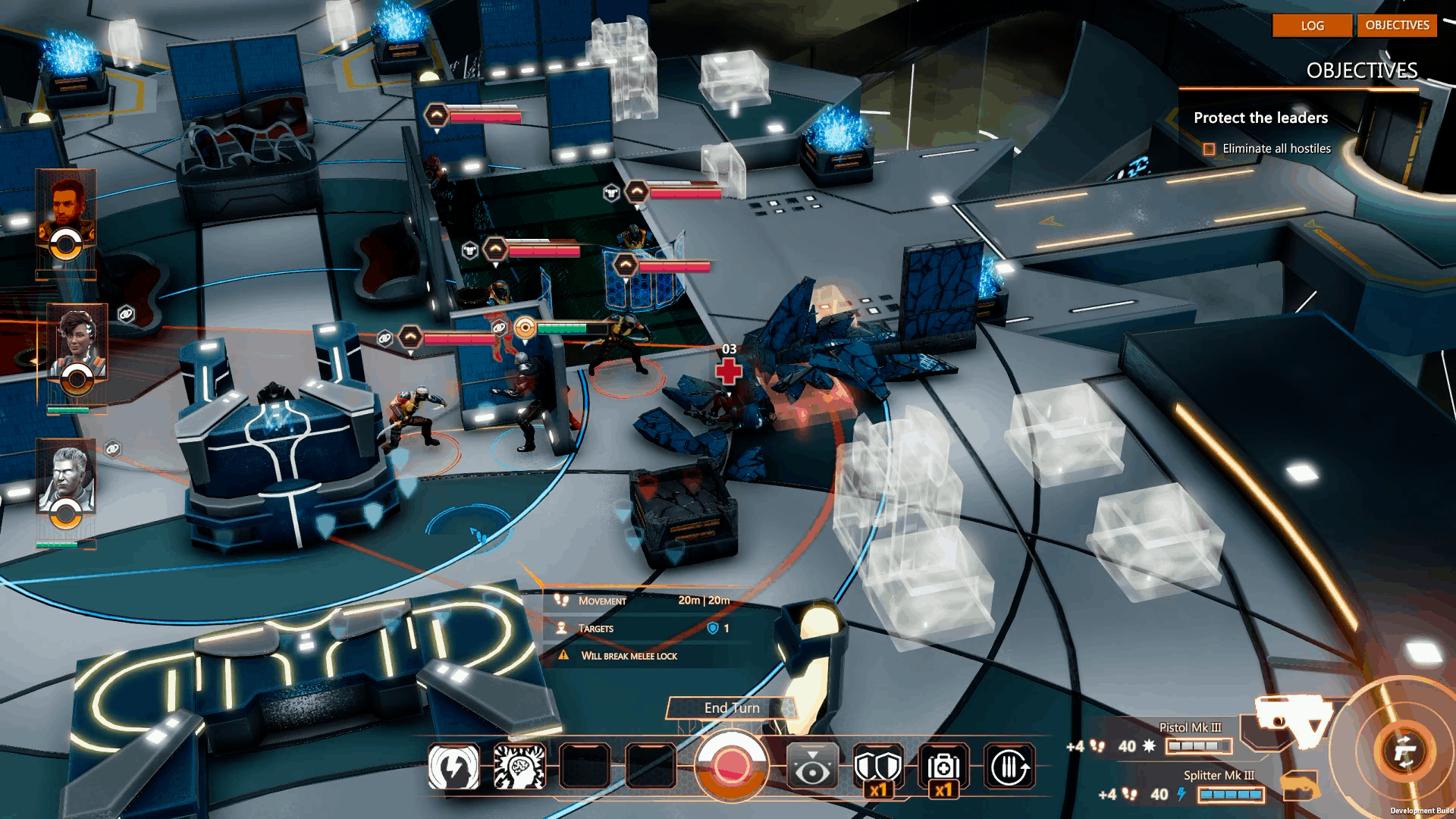 If, for some reason, none of these are tempting you then maybe Element: Space will. It’s a turn-based tactical RPG that promises to have a new spin on the genre. You’re a captain, assembling an elite squad to not only fight but expose a very shady organisation. It’s set in a futuristic space setting and has a non-linear story with multiple possible endings. What more could you need?

Element: Space was developed by both Inca Games and Sixth Vowel, while being published by Blowfish Studios. It’s available now on Steam, with plans for Xbox One and PlayStation 4 in the future. 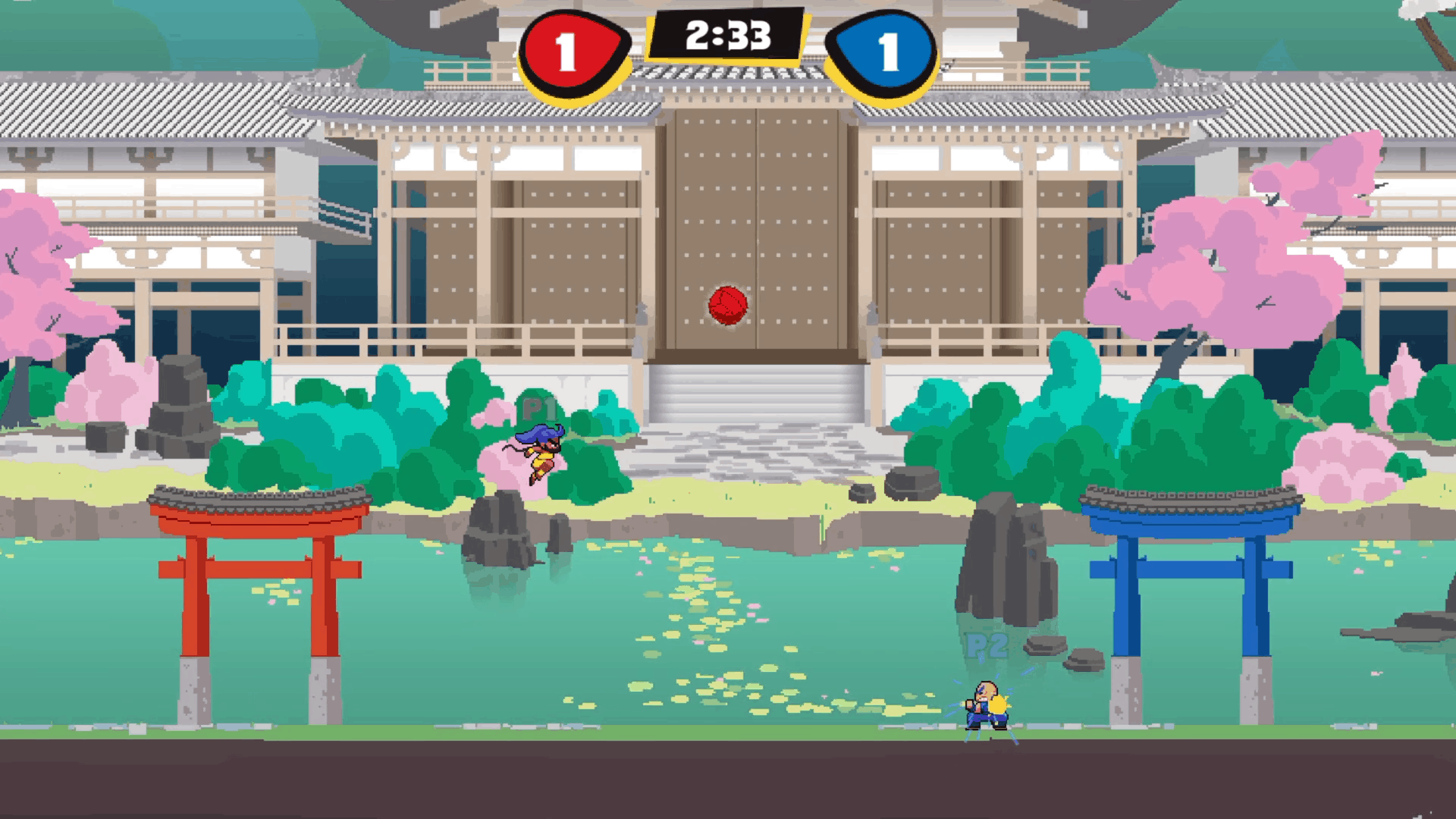 Last, but certainly not least on the list is KungFu Kickball. It’s described as a ‘team-based sports platform fighter’ where you’ll team up with friends and go against foes in the fantasy sport of a soccer match infused with KungFu. It drew big crowds each day of the conference and justly so. It has some cute art and makes for wacky fun, frantically sending kicks at both your enemies and the ball.

KungFu was developed by WhaleFood Games​ and published by Blowfish Studios. It’s due out in Q1 2020 for Nintendo Switch, PlayStation 4, Xbox One and Steam. It certainly looks to be some wild competitive couch-play fun. 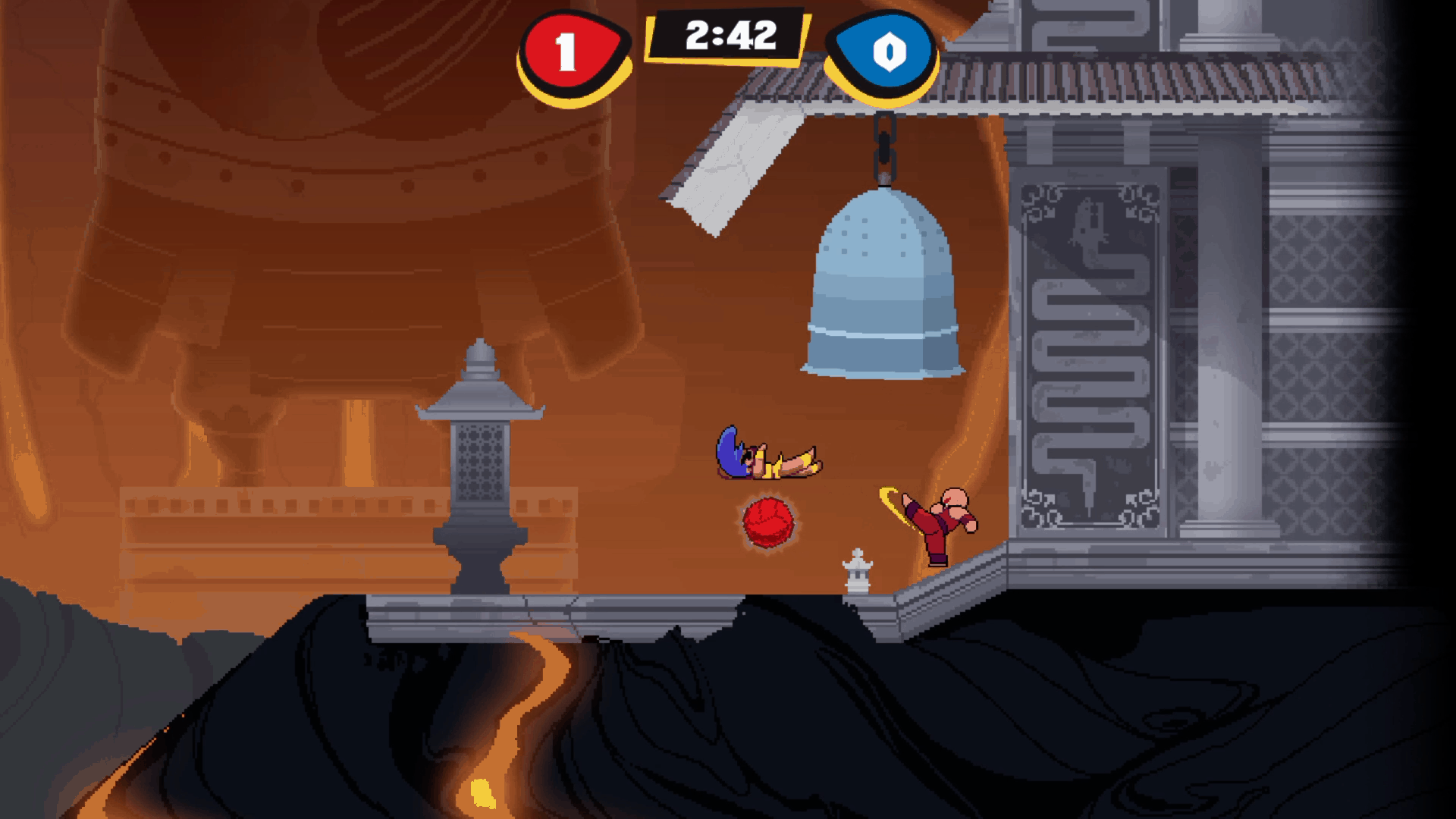 So there you have it. Blowfish Studios certainly have proved they mean business with their PAX showing. Whether it be horror, mobile gaming, tactics based games or just some crazy local fun, they seem to have it all. What interests you most about their display?