Cybermonk, from Feed Games, is an odd game that oozes style. It’s a competitive puzzler. Four players take to roles of two tribes that are trying to assert the dominance of their scripture by shooting lasers into their goal. Hey, I did say it was odd. the game’s main mechanic revolves around using mirror blocks to redirect the laser away from your opponent’s goal and into your own.

But you need to be careful, those lasers will disintegrate you if you touch them. I never thought I would see the Zelda block and reflection puzzles turned into their own game, but here we are. And its a heck of a lot of fun. 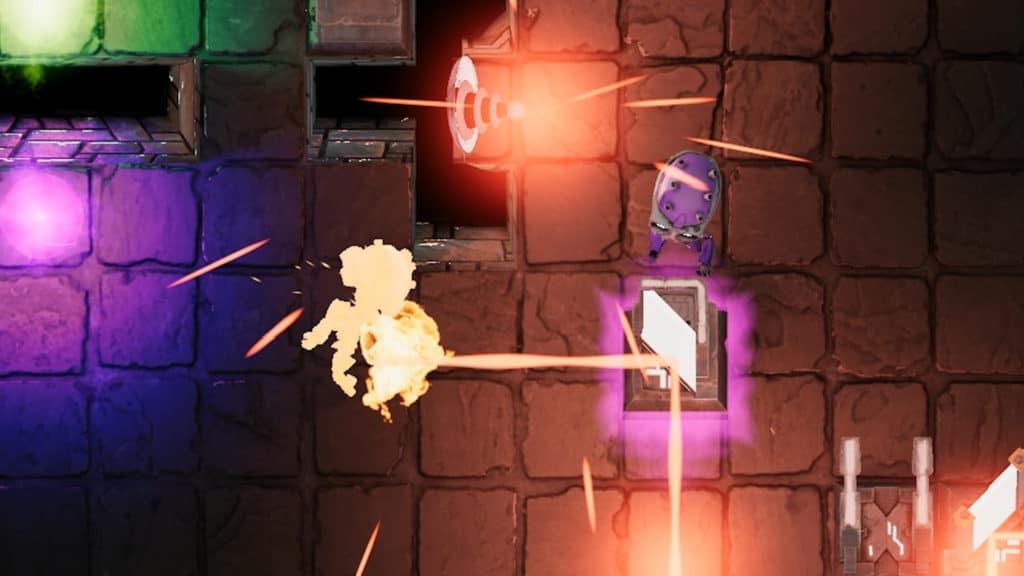 My hands-on experience with Cybermonk was only brief. I played only two or three rounds. But that was more than enough to not only get a feel for how the game controls, but also have a blast. The visuals are slick, as these harsh sci-fi maps are bathed in neon. The little monks look like they came straight out of Star Wars or Battlestar, and the game overall just possesses this visual attitude that just scratches my aesthetic itch.

Matches consist of a first to three format, and they can get incredibly intense. Moving blocks into the right position, making sure the other team doesn’t sabotage your efforts, and in turn trying to sabotage your enemy. There ends up being a lot of moving pieces, or blocks, in this case, to keep track of. 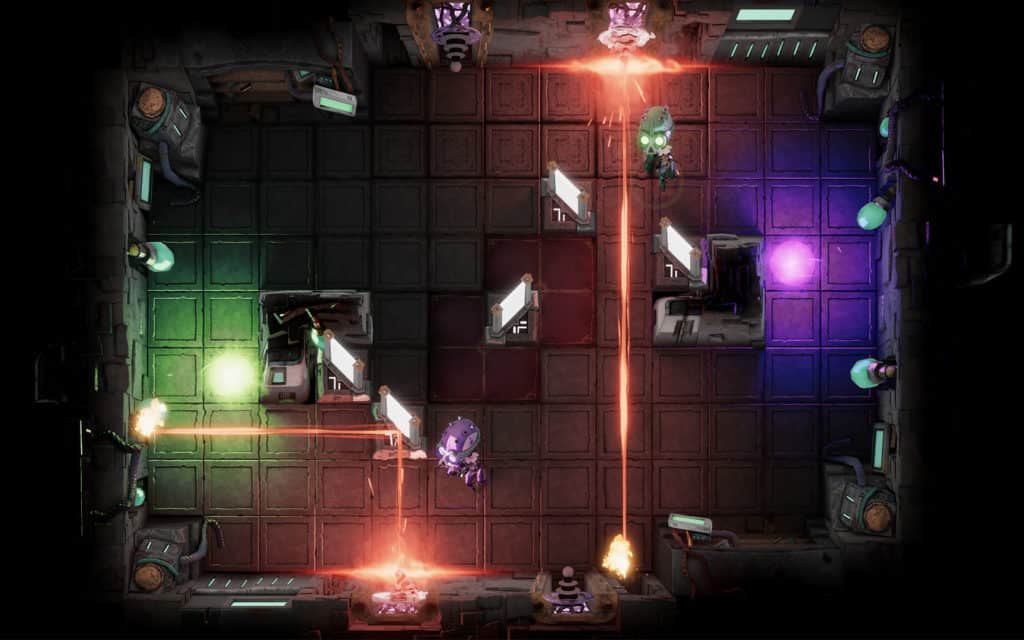 The game was born out of last year’s game jam, and the team at FEED has been working diligently on it ever since. Their other title, Negative Nancy was a huge hit at PAX this year as well. There’s no release date yet, but the team is aiming for sometime next year.