Fortnite may have its future up in the air this week but at least there’ll be other similar namesakes around. Fork Knights is an indie that certainly caused up a bit of a stir in its heated gameplay at PAX.

The concept is simple and yet, it works so well. Fork Knights is a competitive local multiplayer fighter à la Smash Brothers. You’re thrust into a variety of stages on platforms, plagued with not only other enemies you must defeat, but environmental hazards to be avoided. The catch? You’re a cute animated piece of food, using cutlery-like swords to parry and skewer your opponents.

Myself and Editor-in-Chief at Checkpoint, Luke, got the opportunity to play it on the PAX Rising floor with the developer of the game. The developer, Screenshock Games had come all the way from New Zealand. As we were jumping, dodging, blocking and skewering each other in-game, they explained the process of making the game.

They mentioned how they first created the characters and just had them as simple pieces of food with limbs. A chunk of meat, a doughnut and a pineapple, so on and so on. They then explained their urgency and need to add a little flair and backstory to their cast of characters. From that spawned creative character names and outfits to match. I played as the doughnut character, sporting a police officer’s uniform and aptly called Dough Boy while Luke played a formally dressed Marshmallow called PoshMello. 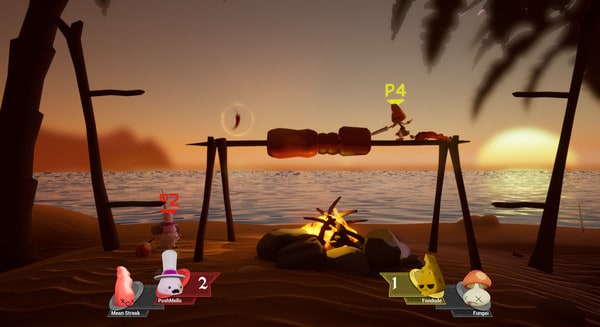 This change was definitely for the better. It made for a fun game bursting with charm and laughs. It took the joy and (at times) comical strategy that comes from Smash Bros, the character of Overcooked and brewed it up all into this neat little package. So much laughter was shared in Fork Knights. Whether it was a Ham character being chopped to bits or a Marshmallow roasting in a fire, it was comparable to last months Untitled Goose Game

It’s also worth noting that the game won Student Game of The Year at Chromacon in New Zealand earlier this year. The build they had for Chromacon even had the game running through the use of a rigged up barbecue. It’s such a cool and fun thing to present your game that we had to include an image below. 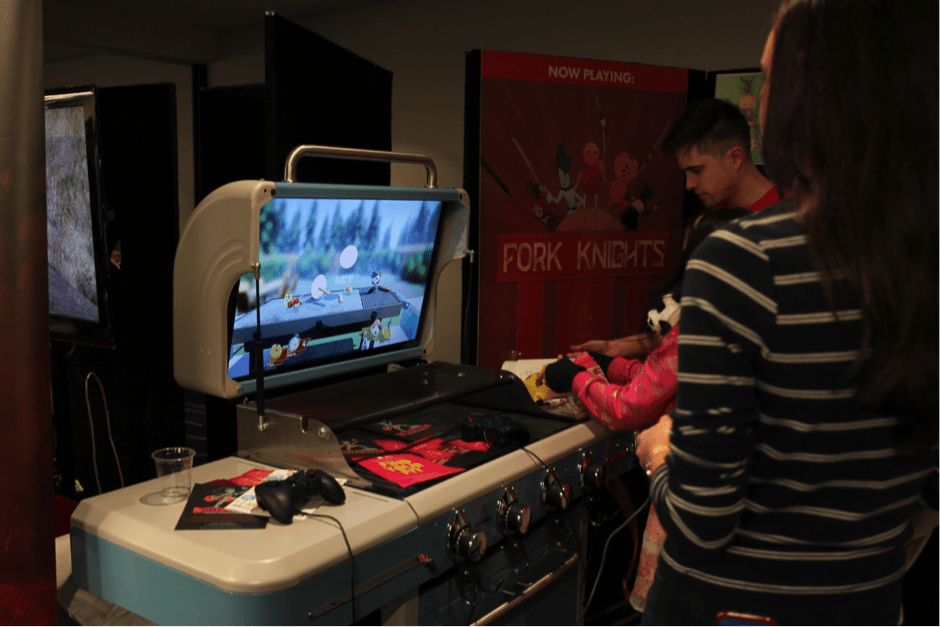 Fork Knights is available now on Steam. It requires a connected controller to use and is local competitive play only for the moment. Why not grab some friends and skewer some bits?