I must say despite being a known advocate of Sega, I had never played a Super Monkey Ball game before PAX Aus 2019. I know of the series, AiAi (protagonist of the series) was in Sonic & Sega All-Stars Racing, and their levels were a nightmare. Super Monkey Ball is notable as a launch title for the GameCube and the first Sega game released on a Nintendo System. But let’s put history aside for a second and talk about Super Monkey Ball: Banana Blitz HD, a remake of the Nintendo Wii launch title. I was pretty keen to play and see what it was all about.

The Nintendo booth is always packed at PAX, I went back a few times to check this game out and there were always queues no matter what time of day. This one wasn’t played on a big screen but on a number of Nintendo Switches in handheld mode. It was pretty cool to see some Sega staff on hand promoting the game and handing out Monkey Balls to players. On about my 4th visit to the booth though I managed to arrive at a quiet period, get hold of a Nintendo Switch, and with no one waiting behind me I gave this game a good play. 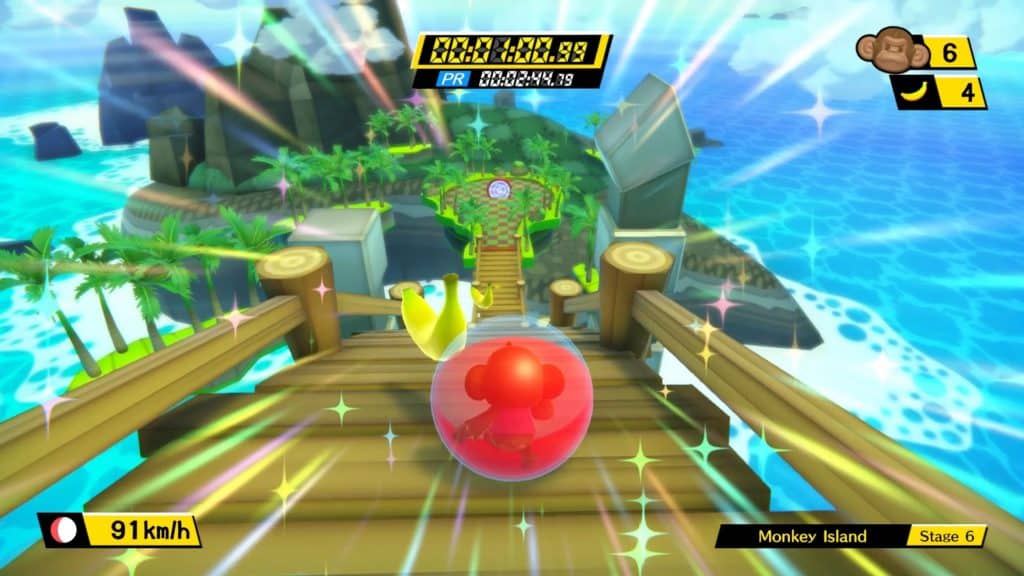 I don’t know why, but I expected motion controls for some reason, like tilt the controller to move the monkey. Again though, having not played the game before, I had a Marble Madness kind of feeling where I expected to move the landscape rather than the character. I guess given it is a remaster, not a remake and not a new game, maybe building different controls into handheld and docked was a bit tricky. But that’s okay, the thumb stick works fine and after a couple of levels I got the hang of the controls.

I managed to make it through the whole first world, which was about 8 levels from memory and I beat the first boss on my first try. It was pretty forgiving in that the levels had fences to keep me from rolling off. But I’m sure as you work your way through all of the approximately 100 levels of the main game things will get tricky very quickly. I did notice I set a couple of records on the console I was playing, which was good for my ego. I had a couple of goes at some of the party games as well. One was a pretty cool Space Invader style game and another was an Olympic hurdle game that was pretty tricky. 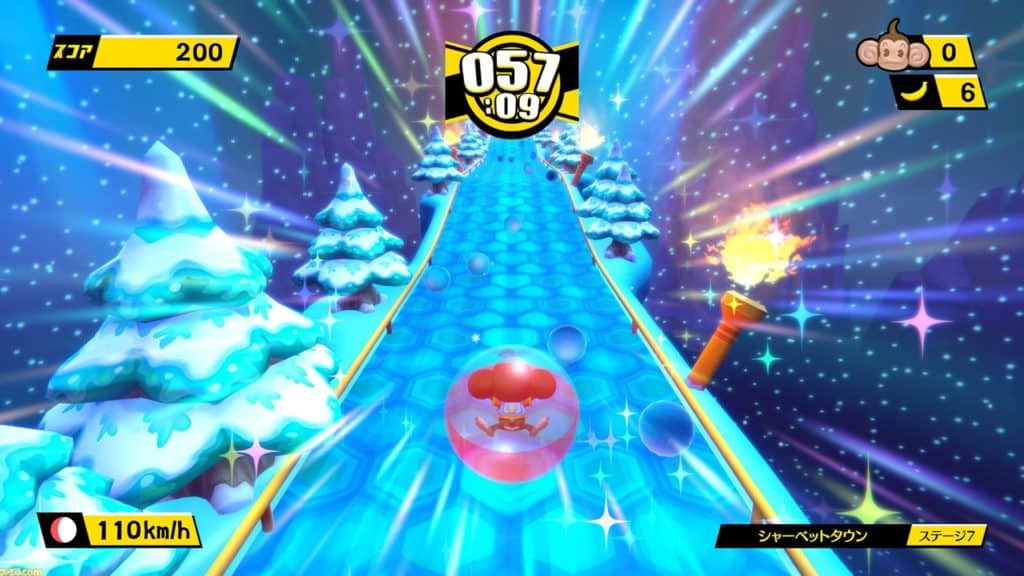 Of course, after PAX Aus concluded, it had been announced that Sonic the Hedgehog is now an unlockable character in the game. Had I known that, maybe I would have held up the crowd for 100 levels but it was not to be. Either way though, my play through was a blast and this is definitely a game worth keeping an eye out for. It features loads of levels and content plus a bunch of party mini games.

Super Monkey Ball: Banana Blitz HD is due for release 29 October for PlayStation 4, Nintendo Switch and Xbox One with a Steam release due shortly thereafter.