Every year, PAX has an impressive number of indie games for attendees to discover, and this year was no different. One of the games I became immediately hooked on was Ticket to Earth, an Australian strategy game originally released in 2016 by Robot Circus. In 2017 the game was released on mobile as well. Since 2016, Robot Circus has released more game content in the form of four additional episodes, with the fourth and final episode released on 16 October 2019. Each episode continues the story further and adds new levels to the game.

Ticket to Earth tells the story of Rose, an orphaned gardener trying to defend her community and the ones she loves after her planet is struck by disaster. In order to do this, she becomes a ‘peacekeeper’ – the planet’s local police force – battling enemies ranging from roaches, to ghosts, to evil pyromaniacs. Along the way, she uncovers a much bigger mystery, and ends up fighting murderous criminals and a corrupt government.

To tell the story, each battle in the game is sandwiched between two cutscenes. These scenes progress the story further and highlight new aspects of the futuristic Ticket to Earth world. As your progress through the game’s main quest, you meet new allies who each have their own backstory and can fight alongside you. Often when completing missions, you also have the option to fight as Rose, or as another unlocked character. Each character comes with their own unique perks, powers, weapons and abilities, and has their own unique story missions.

But where Ticket to Earth shines the brightest is on the battlefield. Through its turn-based and tactical combat system, Ticket to Earth cleverly blends RPG, strategy and puzzle elements. The game’s battles take place on a grid with four different kinds of coloured tiles that, when collected, unlock specific bonuses in the shape of stronger attacks or healing powers. During each turn, every character gets two actions during which they can move along lines of identical tiles horizontally, vertically, or diagonally. The more tiles your character can connect in one action, the deadlier your attack will be that turn. Each time you win a battle or complete a mission, you’ll also be granted tokens; these can be spent on weapon upgrades or new skills for Rose or for her allies, giving you more strategic advantages when fighting increasingly stronger enemies. 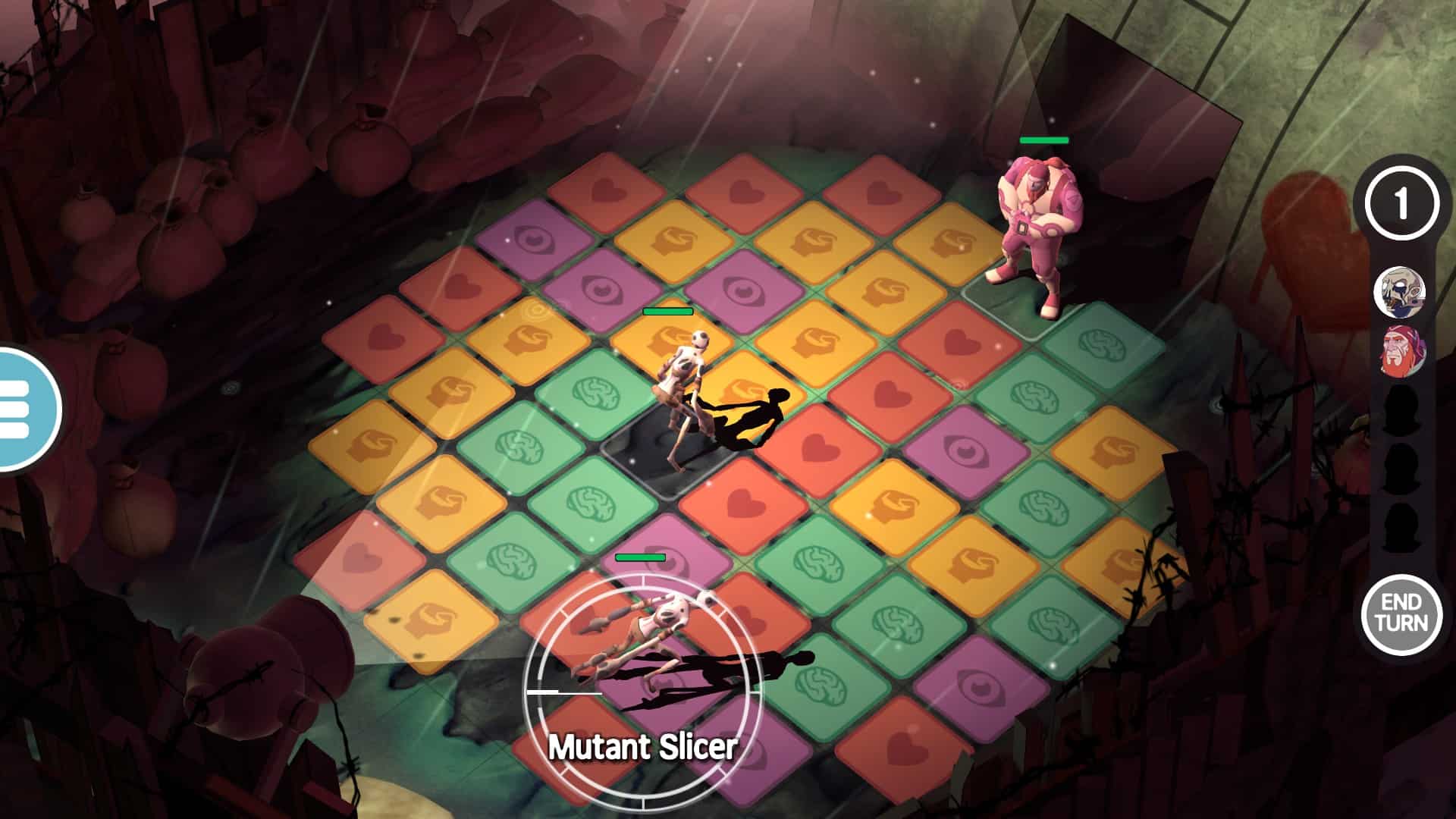 While the basic structure of the battles remains the same throughout the game, I find that Ticket to Earth’s variety of enemy abilities coupled with its intelligent AI, gripping story, and colourful 2D graphics make for an enormously addictive game from start to finish. While the game’s setup is simple and easy to learn, it is hard to master, as battles get progressively harder as you progress. Each new episode also add more dynamic content and mechanics to the mix, either in the shape of new characters, enemies, or abilities. This is just as well, because the changing mechanics will keep you on your toes, and will be sure to hook you in one turn at a time.

If you’re a fan of strategy and puzzle games and enjoy playing on mobile or PC, Ticket to Earth will be a great match for your library. The game is currently available on Steam, Google Play, and The App Store.