In Hideo Kojima’s first independent blockbuster, Death Stranding, we see a world divided. A cataclysmic event has altered the barrier between the living and the dead. Fear makes everyone separate, destroying the relationships formed between one another.

As Sam Porter Bridges, you are there to connect people together. In later levels, you are even delivering eggs and sperm to ensure that genetic diversity is preserved. Suffice to say when people aren’t leaving their own personal bunkers, it isn’t exactly conducive to passing on one’s genes. In this world, the decreased sexual activity is having some real negative impacts. There’s a decline in birth rates, and those that do breed are… well let’s just say the gene pool is not exactly expanding. But in amongst all this discussion of sexuality, Death Stranding has some lore that seems a little acephobic.

Well… I already knew Kojima liked reading the first paragraph of a wikipedia page and then throwing what he thinks it is into his game… but I’ll admit, I was not expecting him to make a radical misunderstanding of asexuality the secret antagonist of his new game about pee -R pic.twitter.com/lyft0LAlY3

This story revolves around a piece of flavour text that has sparked some controversy. Within the game an interview article, entitled “An Asexual World”, discusses asexuality as it relates to the apocalypse. The article refers to young people’s “sexless lifestyle”, originating before the Death Stranding. The interview touches on demisexuality, and how the fictional Death Stranding has further caused people to be less focused on sexual activity. Overall, it concludes that whilst fertility is steady, a decreased birth rate is attributed to a lack of intercourse. Ultimately, this seems to be simply a branch of Death Stranding’s major theme of a lack of human connection bringing ruin upon the world.

So what’s the problem? Well, the game recognises asexuality as a sexual identity, but the implications seem to run counter to such ideas. As a sexual identity, asexuality is characterised by a decreased sexual desire. Someone who is “ace” may have a “romantic” attraction or be aromantic. Similarly, demisexuality is a lack of sexual attraction, until a strong emotional connection has been formed. Panromantics, as the article suggests, feel romantic attraction unrestricted by gender. So on one hand – hooray, they explained sexual identities! But they’ve also fallen into the classic trap when talking about sexual identity, which is the role of “choice”. Neither of these identities should be deemed “lifestyles”. Sexuality and personality may mix in the crazy complex soup of one’s identity. Although asexuality is not the same as abstinence or celibacy. Aces aren’t dealing with a case of “don’t feel like sex”.

I should know. I don’t talk about it often, but I identify as ace. 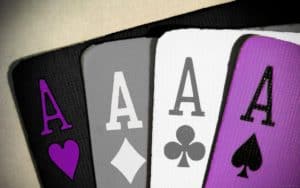 Asexuality is an identity fraught with uncertainty. To be certain, I know not if I will always identify as such. To identify is to examine the sexual nature of those around you, and find a difference in your experience. I’ve changed a lot as I’ve grown up. I’ve evolved past the Disney stereotype of all romance being heterosexual. But, it took much longer to realise that maybe it doesn’t apply to me at all. Maybe romance and sex, perceived human ideals, are something I might not need to chase. All fiction holds up this belief. The belief that love and sex are the two apexes of humanity. This makes it hard to grow up ace. There is such an ambiguity in the world at times and the way Death Stranding handles asexuality disappoints me. The asexual community deserves better.

Unfortunately, the greater community doesn’t understand asexuality. Aces still get told that they “haven’t met the right person” or are “too picky”. In truth, these people may never find “the one” that will awaken their more standard sexuality. These people don’t need help or encouragement, they need the acceptance and understanding that they do not align with conventional sexual libido. These people aren’t broken, lonely introverts. They are simply outside the “traditional standard” sexual identity. But fiction like this is telling a very different story. 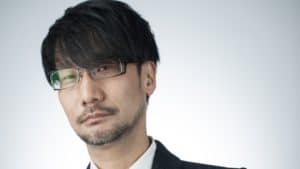 Death Stranding is a game about the death and rebirth of society. It’s about connecting humans that have been separated by tragedy. Like many things in this game, asexuality is merely a buzzword, a decorative element in Kojima’s creation. This article interprets asexuality as a choice, in particular, one that could be perceived as a moral failing. We need to connect to make the world whole, despite fear. The protagonist, Sam, embodies this clearly. He doesn’t want to connect, he doesn’t care if things fall apart or if America falls. Asexuals are cast in a similarly disparaging light. Taken as a whole, asexuals aren’t specifically cast as villains, but they’re definitely not helping. Their laziness, their apathy, their cowardice, all allow for the continued decline of births and ultimately society.

Kojima has a track record of cherry-picking information. Asexuality is merely the most recent example. Talking about how the apocalypse can affect human relations is interesting fiction. I love the concept. Talking about how sexuality and human relations can feed into the apocalypse and vice versa. But as always, we need to be careful with how we broach such topics. Seeing asexuality in a fictional future is interesting and exciting, but we need to keep in mind the very real issues faced by people in the real present day.