Diablo IV is officially unveiling itself from the depths of BlizzCon 2019. The reveal presents Diablo’s niece Lilith as apocalypse incarnate with several gameplay features across two trailers.

At the opening ceremony of the BlizzCon 2019, Blizzard finally announced the sequel to 2012’s Diablo III. The series is known for its addictive, dungeon-crawling gameplay and setting the standard for Action RPGs with its predecessors. Despite several leaks and poor reception to the Diablo Immortal reveal last year, the darkness within loyal fans is screaming to get their hands on the fourth entry.

A nearly ten-minute CG cinematic shows off the game’s darker, gothic tone and the looming threat of Lilith. Her return to Sanctuary follows a dark ritual summoning eons after her initial exile. An “age of darkness and misery” is on the sorrowed horizons of the Diablo universe. In true Blizzard fashion, the visuals and animation within this epic are astounding. The grotesque feel of the upcoming title clearly harkens Diablo and Diablo II‘s atmosphere, as does the following gameplay.

The team goes on to speak about the game’s seamless and MMO approach, for the first time ever in the series. “Sanctuary will be a contiguous, seamless landmass comprising diverse regions ranging from the burning desert of Kejhistan, to the verdant werewolf-infested forests of Scosglen, to the harsh and rugged wilderness of the Dry Steppes”. The devs are clearly focusing on multiplayer in the newest edition, providing opportunities for whole groups or clans of players to encounter each other in the same shared world. They can team up to defeat bosses or rifts, or potentially compete in Player-vs-Player (PVP) combat.

Players will be able to customise their character builds through skill trees as usual, accompanying the addictive loot system they all know and love. Legendary set items return to harness the true power of ancient relics, runes and rune word combinations. Surprisingly, to really make it an MMO, personalised mounts will be available for trotting across the corpses of millions of demons. 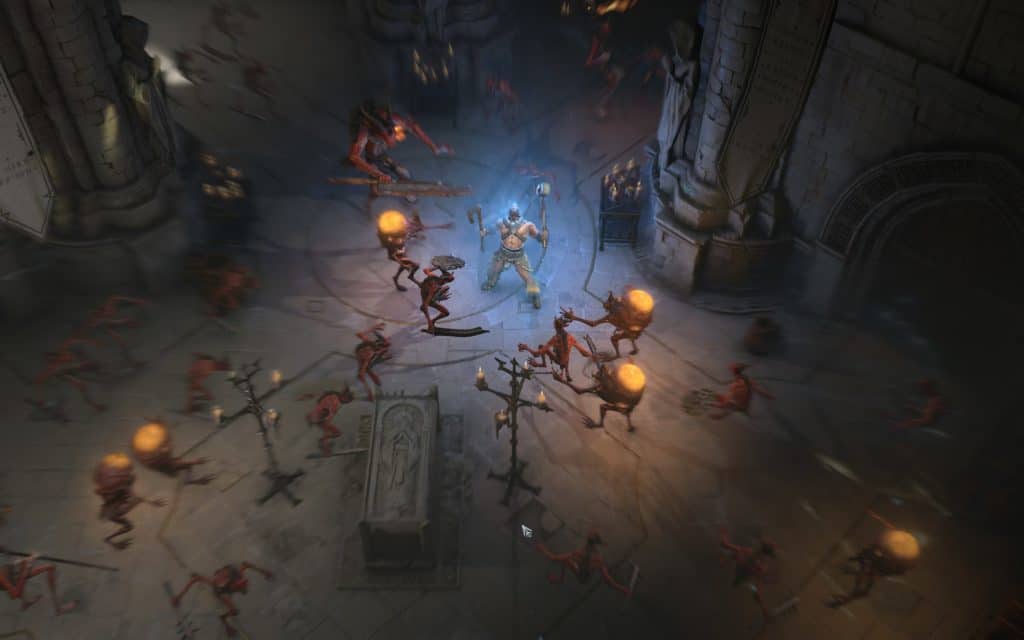 The gameplay video confirms the series will return to the isometric, action gameplay it’s known for despite rumours of an FPS looter-shooter. Unfortunately, only three classes are known to be playable at this time, all having familiar yet powerful new mechanics and skills. The conventional Barbarian wields the strength and arsenal of a one-man army, attacking brutally with every strike. The Sorceress renders the elements to her will with Area Of Effect (AOE) bolts of lightning, icy rain, and meteoric strikes to dominate demons.

Finally, the Druid makes a comeback to the dreary realms, last playable nearly 20 years ago in Diablo II. The ferocious shapeshifting class can take the form of a grizzly bear or werewolf to fight alongside the creatures of the wild. Controlling the elements of Earth, Wind, and Storm; the Druid may be one of the most dominant classes in Diablo history.

Blizzard is bumping up the tech to push the boundaries of the Diablo experience. They left this statement following the reveal:

“Diablo IV is being developed using modern technology that pushes the franchise to dark, new depths. This technology is at the heart of everything players will see, hear, and feel — delivering much higher fidelity and more engrossing experience. It opens up countless possibilities for the Diablo series, from smooth character animations, such as the Druid’s fluid shapeshifting, to the seamless, vast overworld players will travel across in search of the next loot-filled underground dungeon. Ultimately, Diablo IV will ground players in a grittier and deadlier world.” 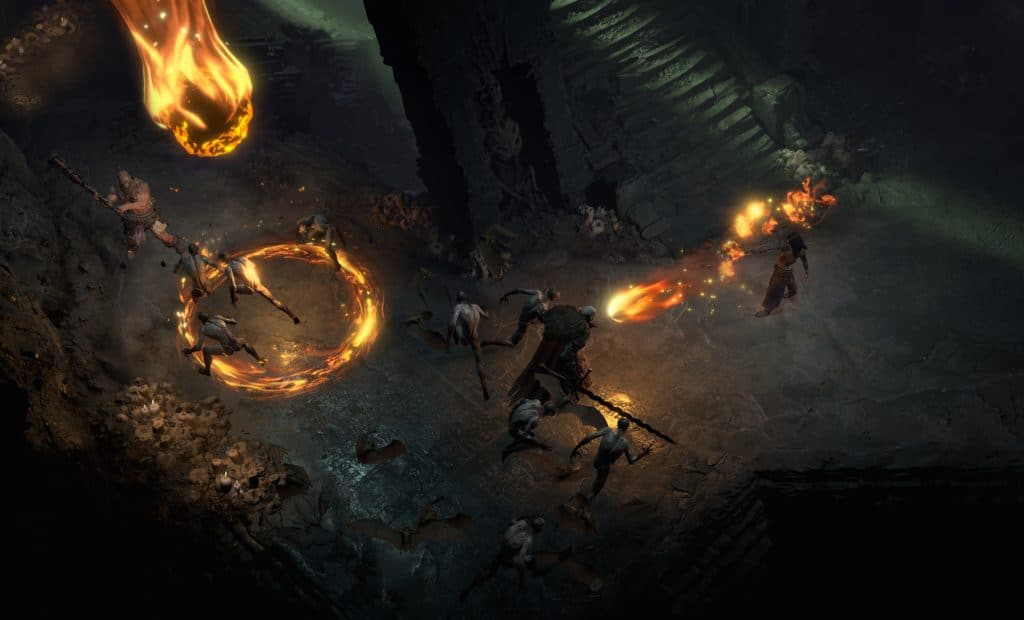 Whether you’re a fan of Diablo III’s resurgence or a diehard D2 or D1 fanatic, the future for the series is excitingly eerie. Merging the look and feel of the original two with the modern technology and mechanics of the last instalment is certainly a wise choice. We’ll be peering into the abyss, searching for more info on Diablo IV as it comes to light. Keep watch of our website and social media for all the news.