After the recent news of the Sonic the Hedgehog film’s redesign appearing in public, many were wondering if that meant a new trailer would be arriving soon. And lo and behold, here we are! I honestly could not be more hyped. Watch below and you might see why:

Oh lord, I love him already.

So, now that I’m done screaming, let’s break down what we see in this new trailer.

First of all we have the updated look for Sonic himself, which is much closer to his classic look from the games. Larger eyes and more cartoonish proportions have given him a much more youthful but grounded appearance that fits the world quite well. Every detail seems to be directly inspired by his regular look, barring the blue arms which may be thanks to Sonic Boom. 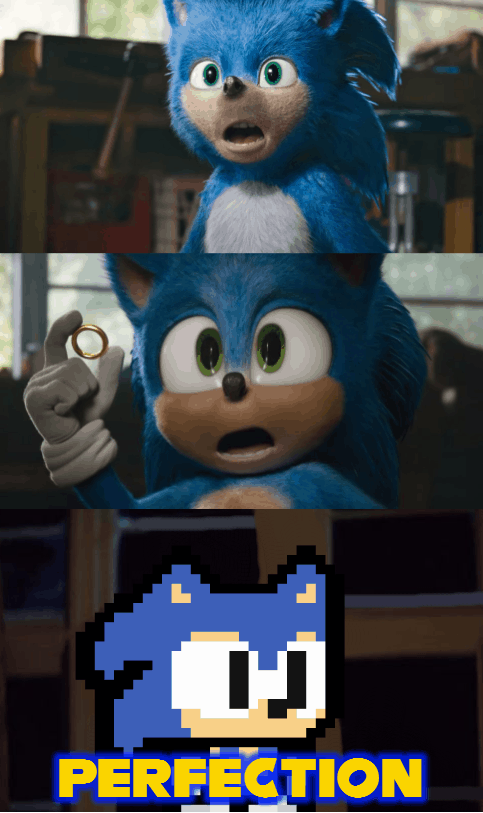 Another great thing to note is that Sonic’s personality seems to be really on-point. He’s still an enthusiastic ball of energy who loves to mess around, but that’s also tempered by his fierce loyalty to his friends. This is no longer Sonic the Hedgehog in name only.

On top of that, we get to see more of the now-confirmed DOCTOR ROBOTNIK, who’s a good blend of intelligence, arrogance and… a little bit of unhinged? Certainly believable as the man who would be egg. And of course, he’s rude to his assistant, because of course he would be.

Another welcome addition is we can see several references to the games themselves. A sign that USED to show people to Hill Top, as well as Green Hill itself making a visual and musical appearance, and finally a moment where Sonic speeds down the great wall of China, which could be a call-back to Sonic Unleashed.

Overall, with this new design and it’s presence within these new scenes, it’s certainly an easier premise to swallow. I’m an optimist, so I think this could very well be the next good (or at least decent) video game film. And hey if not, there’s also that Mortal Kombat film being made here.

Sonic the Hedgehog hits cinemas on February 14, which should make for a great Valentines Day gift for fans. I know how I’ll be celebrating at least.