Left 4 Dead may return… in VR!

News has alerted the horde! After a 10 year absence in the gaming world, frantic zombie series Left 4 Dead is apparently getting a brand new entry, and it’s going to be Made 4 Headsets! Ready to see just how ugly a Tank is up close?

Word of a new entry broke thanks to Tyler McVicker of the Valve News Network, who stated the following on Twitter:

Videos are finally back tomorrow.

Boneworks is out on Tuesday.

The game awards is in a few days, with new Half-Life Alyx news.

Get your minds ready, it’s about to blow.

This follows Tyler’s discovery of a number of references to Left 4 Dead 1 and 2 within the code of Source Engine 2 and Steam VR, making mention of Zoey and Francis’ old codenames Teengirl and Biker, as well as various infected, amongst other tidbits. A full list is available here for those interested in the nitty gritty (with thanks to Jack of all Controllers).

Tyler is a respected member of the Valve gaming community, and has the technical know-how to back up his claims, so this is looking like quite the safe bet. We may well see Valve’s first successful attempt at reaching a third entry in one of their series in the near future. The “can’t count to 3” joke’s days are numbered.

Wow, who knew L4D VR could lock on to Sonic & Knuckles?
(Graphic design is my passion)

Now I can imagine that for many, the VR part may have stuck quite a bit. Well, word has it that back in 2017, Left 4 Dead 3 was actually not only in development, but almost completed! It was ultimately cancelled however due to limitations within Source 2 at the time, which also helps to explain Valve’s rather limited game output until the reveal of Half-Life Alyx last month. The shared platform and development silence are no co-incidence it seems.

So, what can we expect from a third Left 4 Dead outing? With there not being any media to go on, we can at least speculate on a few matters, such as the nature of certain staple mechanics. Getting pounced by a Hunter may now require you to push it away, and if a Tank hurls a car at you, can you save yourself by ducking out of it’s path? Most importantly, when someone online hogs all the med kits, will we be able to flip them off? 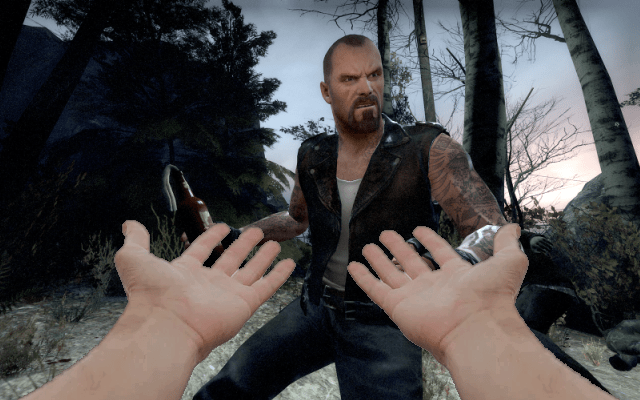 “Dammit x_419ZombiSlayer_x! You knew I needed that more than you!”

A frenetic series like this opens up a great deal of possibilities, and while it has been some time since their last foray into the series, if anyone can pull this off, it’s Valve. Just have fresh undies ready if you hear a witch nearby.

It’s unlikely that we’ll hear any official word on Left 4 Dead’s new entry anytime soon, with Alyx only having just been revealed, so sit tight and get your red jacket cleaned while we listen out for any ungodly screeches. When we hear something, we’ll come running. As will they.