Australia’s largest distributor of big red “SALE” banners is feeling the bite from changing retail habits. EB Games has announced that, by the end of January, unprofitable stores across the country will be closed down.

EB Games made an official announcement of the mass closures in a message to Kotaku Australia. In the statement, the company announced that “like all businesses, we are constantly evaluating our property portfolio to ensure that our stores mix is in-line with the ever changing retail landscape. After careful consideration we will be closing 19 unprofitable stores at the end of January. Where possible, staff were offered the opportunity to work in surrounding stores.”

However, EB Games also announced that new “hybrid stores” that combine EB Games and Zing Pop Culture will open throughout 2020. “These hybrid stores, combined with our strong omni-channel offering, 6 million loyalty members and 300+ locations across Australia, will see EB Games continue to be one of Australia’s largest specialty retailers.” 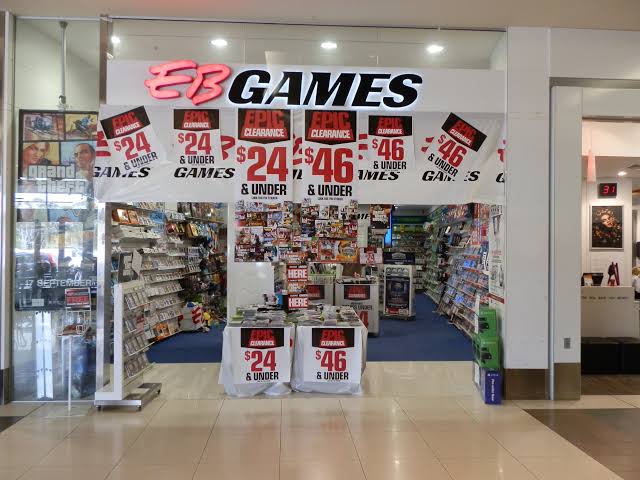 Of course, it is never a good sign to see stores closing when it means that employees will lose their jobs. Hopefully as many workers as possible will be offered similar positions at nearby locations. However it indicates a growing trend in retail sales in general, and the video game industry especially.

Free-to-play digital titles are significantly eclipsing the revenue from AAA physical sales, particularly in 2019 where there was not many big hit AAA games released. Furthermore, the ratio of digital vs physical sales of video games, at least in the USA, has greatly shifted in favour of digital sales over the last decade. Gamers just aren’t showing up to buy their games from stores as much as they used to. This has resulted in stores closing or shifting their business online.

This has not boded well for physical retail outlets looking to compete with the convenience of streaming and digital storefronts. By combining its EB Games and Zing Pop Culture brands under hybrid storefronts, hopefully physical retail stores can hang on a bit longer.

These are the stores that have been removed from the EB Games Store Locator.

The stores will be offering stocktake sales of between 20%-60% of store inventory throughout the month before they close.