Plague Inc. sales in China skyrocket due to Coronavirus outbreak

Sales of the popular pandemic simulator Plague Inc. have surged as a result of the recent Coronavirus outbreak, particularly among Chinese gamers. The disease has infected upwards of 800 people in China so far and led to 26 deaths. Chinese players are looking to Plague Inc. to learn how it could spread. However, Plague Inc.’s creator, James Vaughan, has cautioned players to seek professional sources of information before his game.

Developed by UK studio Ndemic Creations, Plague Inc. first came out eight years ago for mobile devices, before being ported to PC and console. The game tasks you with using a virus to wipe out humanity, with various factors like disease sympoms, how quickly it kills its host and spreads, and the different ways it can travel across populations, being taken into account. It has been lauded by scientific outlets like the Centre for Disease Control for the amount of detail present in its simulations of how modern pandemics can spread. 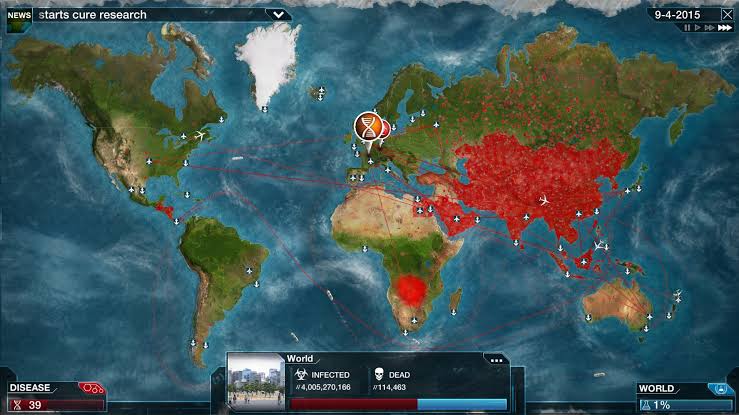 Vaughan, however, doesn’t see Plague Inc. as a primarily educational tool. “The Coronavirus outbreak in China is deeply concerning and we’ve received a lot of questions from players and the media,” Vaughan said. “Plague Inc. has been out for eight years now and whenever there is an outbreak of disease we see an increase in players, as people seek to find out more about how diseases spread and to understand the complexities of viral outbreaks.

“We specifically designed the game to be realistic and informative, while not sensationalising serious real-world issues. This has been recognised by the CDC and other leading medical organisations around the world. However, please remember that Plague Inc. is a game, not a scientific model and that the Coronavirus is a very real situation which is impacting a huge number of people. We would always recommend that players get their information directly from local and global health authorities.”

Plague Inc. may not depict a wholly realistic scenario of a pandemic. However, Chinese players are still finding it helpful to conquer the perceived threat of the disease. According to one user on Chinese social media site Weibo, “The best way to eliminate fear is to look fear straight in the face”.