Pokémon Mystery Dungeon: Red Rescue Team (for the GBA) and Blue Rescue Team (for the DS) were originally released in 2006. Taking place in the world of Pokémon, the player controls a Pokémon who used to be a human, and has amnesia. Teaming up with a partner Pokémon, you must build up a rescue team and explore mysterious randomly changing dungeons. It spawned many sequels on the DS and 3DS, which will hopefully see remasters of their own in time. 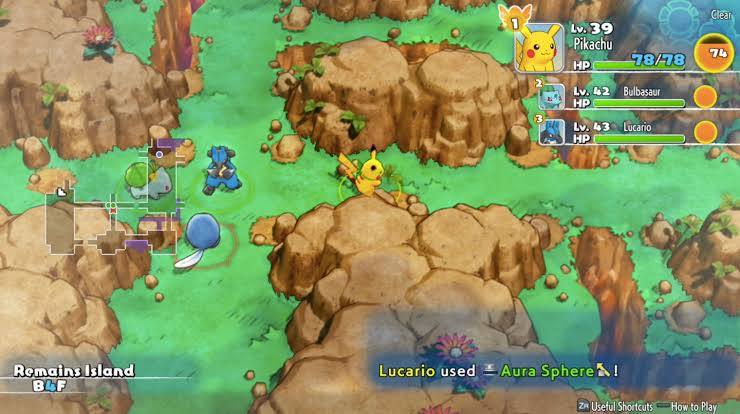 Pokémon Mystery Dungeon: Rescue Team DX appears to preserve the same narrative from the original games, as well as the gameplay. However, the visuals overall have been significantly overhauled, with the original sprites being redone with a cel-shaded, watercolour kind of look to them. The brief appearance of a Lucario suggests that Pokémon introduced after Gen III may be included in the remaster. However, we will have to wait and find out more details over the next few weeks.

Fortunately, fans won’t have too long to wait. Pokémon Mystery Dungeon: Rescue Team DX will release for the Switch on March 6, 2020.