Return to Dunwall with the Dishonored tabletop RPG

Dishonored, Arkane’s stealth-action franchise, is receiving a tabletop RPG adaptation. It is being worked on by Modiphius Entertainment, in conjunction with Dishonored’s co-creative director Harvey Smith. The game will use a streamlined version of the company’s proprietary 2d20 system, which was also used in their Star Trek Adventures and Conan tabletop RPGs.

Dishonored was originally released in 2012 as something of a steampunk spiritual successor to the old Thief games. Set in the Empire of the Isles, the games emphasised exploration and moral choices as you track down targets and decided whether to use lethal force. The creators of the upcoming tabletop game have collaborated with various artists and writers who have worked on the franchise to ensure that the final product will “live up to the fans’ expectations”. 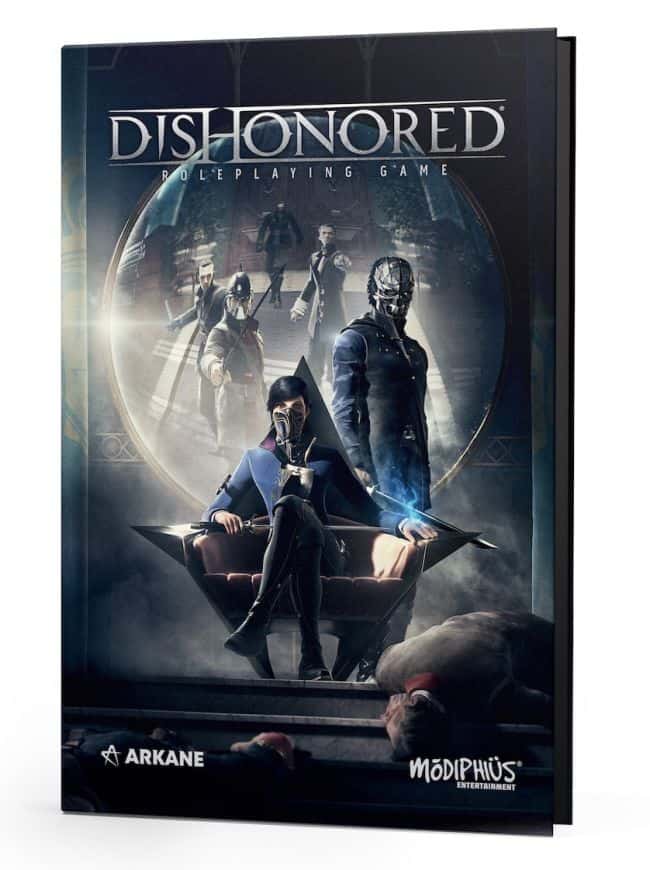 Dishonored: The Roleplaying Game will release with a 300-page rulebook, which will contain everything the players need to run their own adventures in the Empire of the Isles. In addition to a ton of lore and backstory of the setting, it will also include “The Oil Trail”, a four-act mini-campaign that will introduce players to Dunwall. There will also be custom dice, cards, and other accessories to add to the experience.

Fortunately, fans of Dishonored won’t have too long to wait to explore Dunwall with their friends. Dishonored: The Roleplaying Game is set to release in Winter 2020. Many great games have been successfully adapted to tabletop format. Dark Souls and Divinity: Original Sin are some recent examples. As a series with deep lore that has been all about player freedom, Dishonored should be a great fit as a tabletop RPG. Arkane are probably too busy working on their upcoming title Deathloop to return to the Dishonored franchise anytime soon. Hopefully this upcoming RPG lives up to the expectations of both tabletop fans and fans of the series.