Chucklefish’s indie strategy game Wargroove is getting a heap of free new content next month. The Double Trouble expansion will bring new unit types, commanders and a new campaign which can be played solo or co-op. The new content will be free to download to anyone who owns the main game.

The three commanders joining Wargroove’s roster are known as the Outlaws. Wulfgar, Vesper and the twins, Errol and Orla, have their own Groove abilities and are playable in the new campaign, as well as arcade mode. The new units are Thieves and Riflemen, who have their own advantages and disadvantages against other unit types and terrains. A new Lava biome will also be introduced. There are also planned updates to the custom Editor tools, giving people who enjoy using Wargoove’s in-game map and campaign editors more to work with.

According to the developers, the Double Trouble expansion was conceived while Wargroove was in its final stretches of development. “We knew that we wanted to expand upon Wargroove’s story and create some new characters, but a real focal point for us was the local co-op gameplay element”, they stated on their blog. “As a studio we always really enjoyed playing Wargroove together, so creating a shorter campaign that could be played couch co-op felt like a no-brainer”. 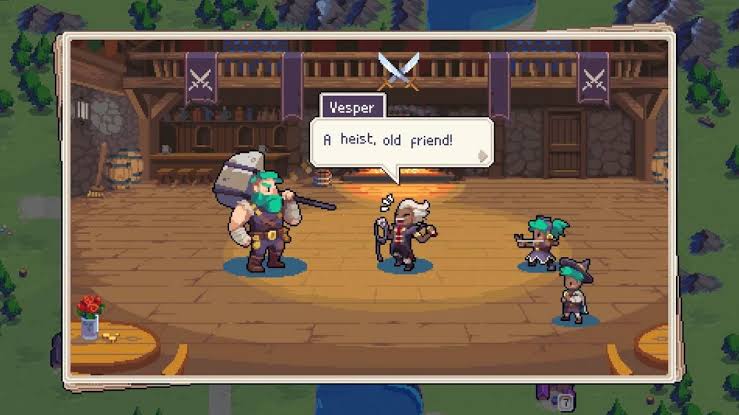 On top of the new gameplay content, there will also be new tweaks to the online multiplayer component of Wargroove. Online lobbies will be added, allowing players to host online matches and campaigns. Competitive online quickplay maps are also on their way.

The Wargroove: Double Trouble expansion will be freely available on February 6th. Chucklefish has also stated that a PS4 port of the game is “on the way, date to be revealed soon”. Whether you’re interested in co-op play or prefer playing Wargroove solo, the prospect of more great Wargroove content for free is a lot to look forward to.