Final Fantasy VII Remake might be the queerest FF yet

A new trailer for Final Fantasy VII Remake dropped over the weekend. It’s the first bit of news we’ve gotten since the game’s release was delayed last month. This trailer reveals several remade characters and events from the original game, including baddies Scarlett and Palmer, and the Choco/Mog summon, mercifully renamed Chocobo & Moogle. The trailer also shows a few new or reworked scenes that weren’t in the original game. The most intriguing of these new scenes takes place at the Honey Bee Inn.

Appearing early in the original Final Fantasy VII, the Honey Bee Inn is a sex club in the city of Midgar. The staff are entirely female, and it is run by the sleazy Don Corneo. In order to confront him, protagonist Cloud must collect parts of a feminine outfit. He needs to appear as a woman to be considered attractive enough to be let into the Don’s estate.

The whole thing is played as a bit of a joke. The game seems to emphasise how demeaning it was for Cloud (a man) to wear a dress and a wig. Even worse, there’s a scene in which Cloud has to bathe with a group of large muscular men. He doesn’t want to do it, but he needs to in order to be given part of his outfit. Also, these men don’t seem to care how Cloud feels about it. Such a queerphobic portrayal might have been considered acceptable when the game released in 1997, but it certainly wasn’t acceptable for queer folk then, or now. 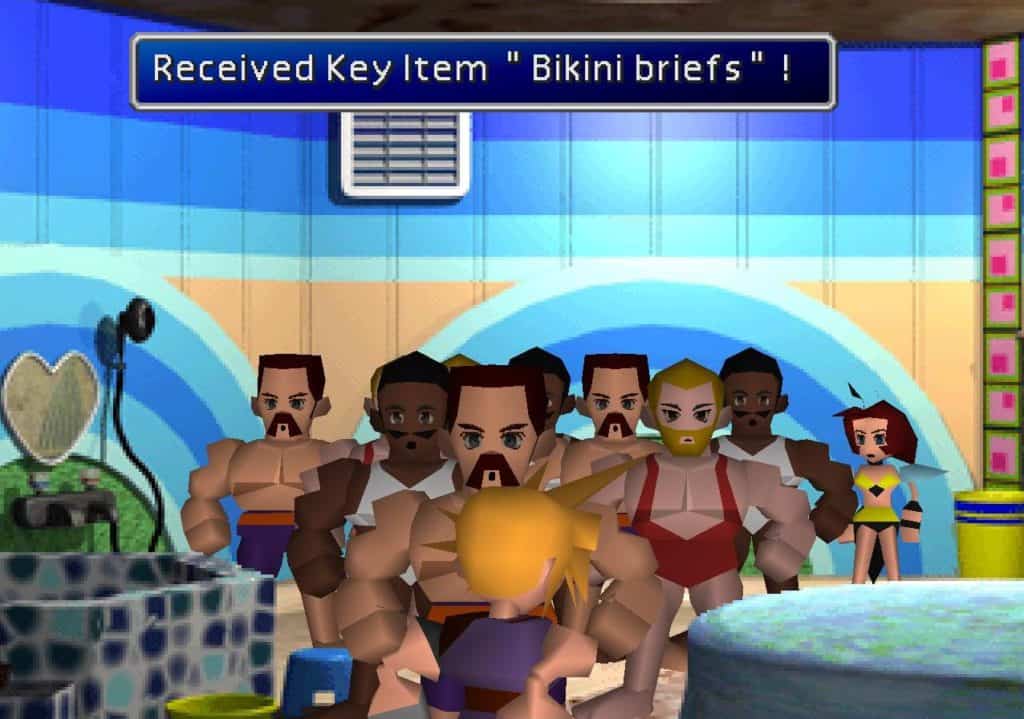 The jury’s still out on how the remake will handle this section of the game. However, this new trailer shows a tiny glimpse of hope. This time, the Honey Bee Inn (or part of it) is a bar with a very burlesque feel. A male-presenting dancer brings Cloud up on stage, and the rest of the performers give him a makeover under a flurry of feather fans. Then this dancer utters a line which frankly blew my mind to be hearing in a Final Fantasy game:

“True beauty is an expression of the heart. A thing without shame, to which notions of gender don’t apply.”

This statement by itself is a huge deal, considering how the original game spent a long time treating femininity as a punchline. Like I said, time will tell how cringe-free the Inn will end up being in Final Fantasy VII Remake, but hopefully there’s a lot more openness and positivity like we’ve seen so far.