The Final Fantasy VII Remake has had its release date delayed to April 10, 2020. According to a statement posted on the game’s social media accounts, director Yoshinori Kitase apologises for the delay.

The remake was originally slated to release on March 3. Kitase states the delay is “to ensure we deliver a game that is in-line with our vision, and the quality that our fans who have been waiting for deserve”. He goes on to describe the delay as a “tough decision” to make. 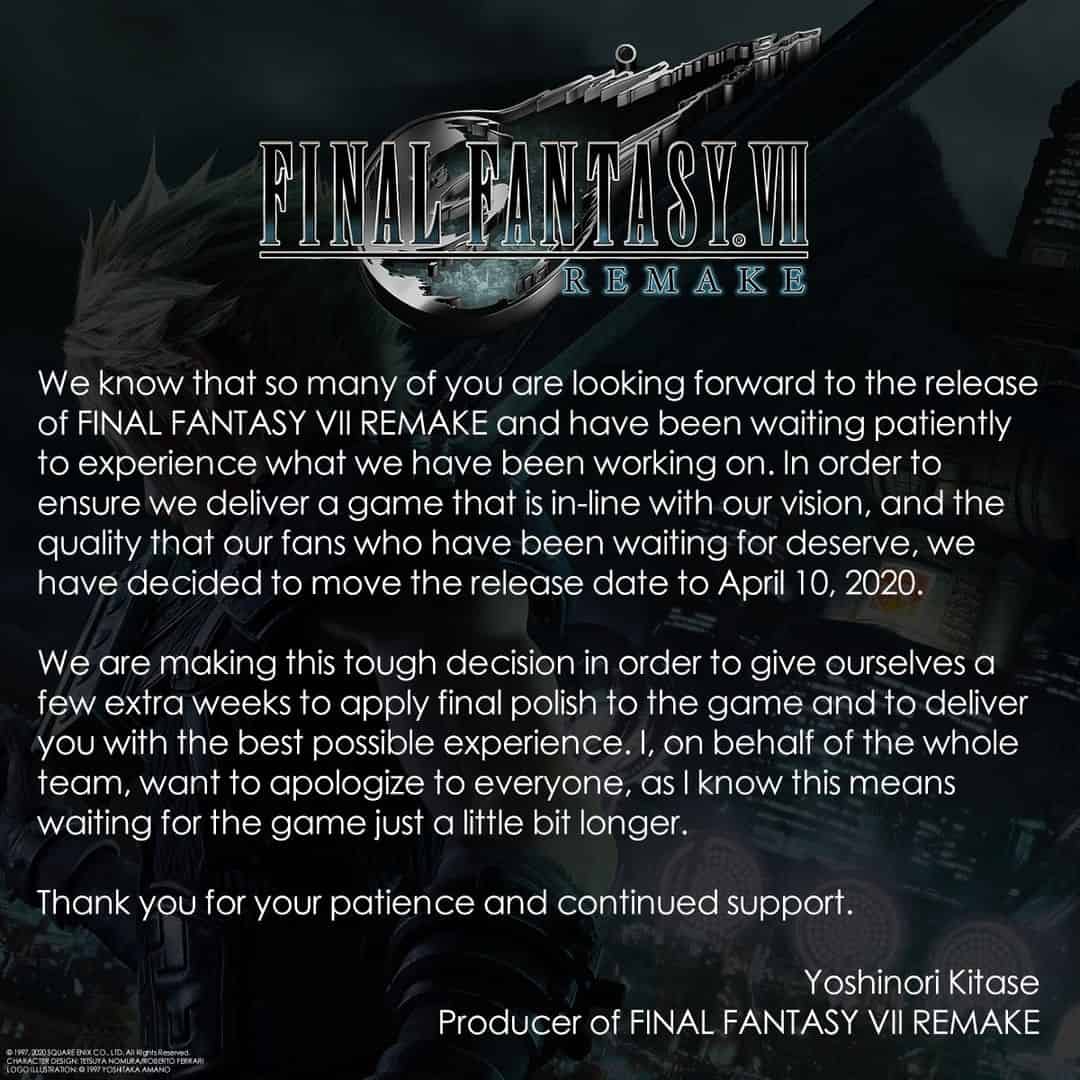 The original Final Fantasy VII released in 1997 for the original PlayStation. Considered groundbreaking for its time, the game was the first in the series to use 3D graphics, pre-rendered scenes, and a retro-sci fi world setting. A remake was requested by fans and message boards for over a decade after the game’s release.

The remake was first announced at Square Enix’s E3 2015 press conference. Since 2019, there have been a steady stream of gameplay trailers, screenshots, and voice actor announcements from the dev team, helping ensure fans that the remake was, in fact, going to come out. 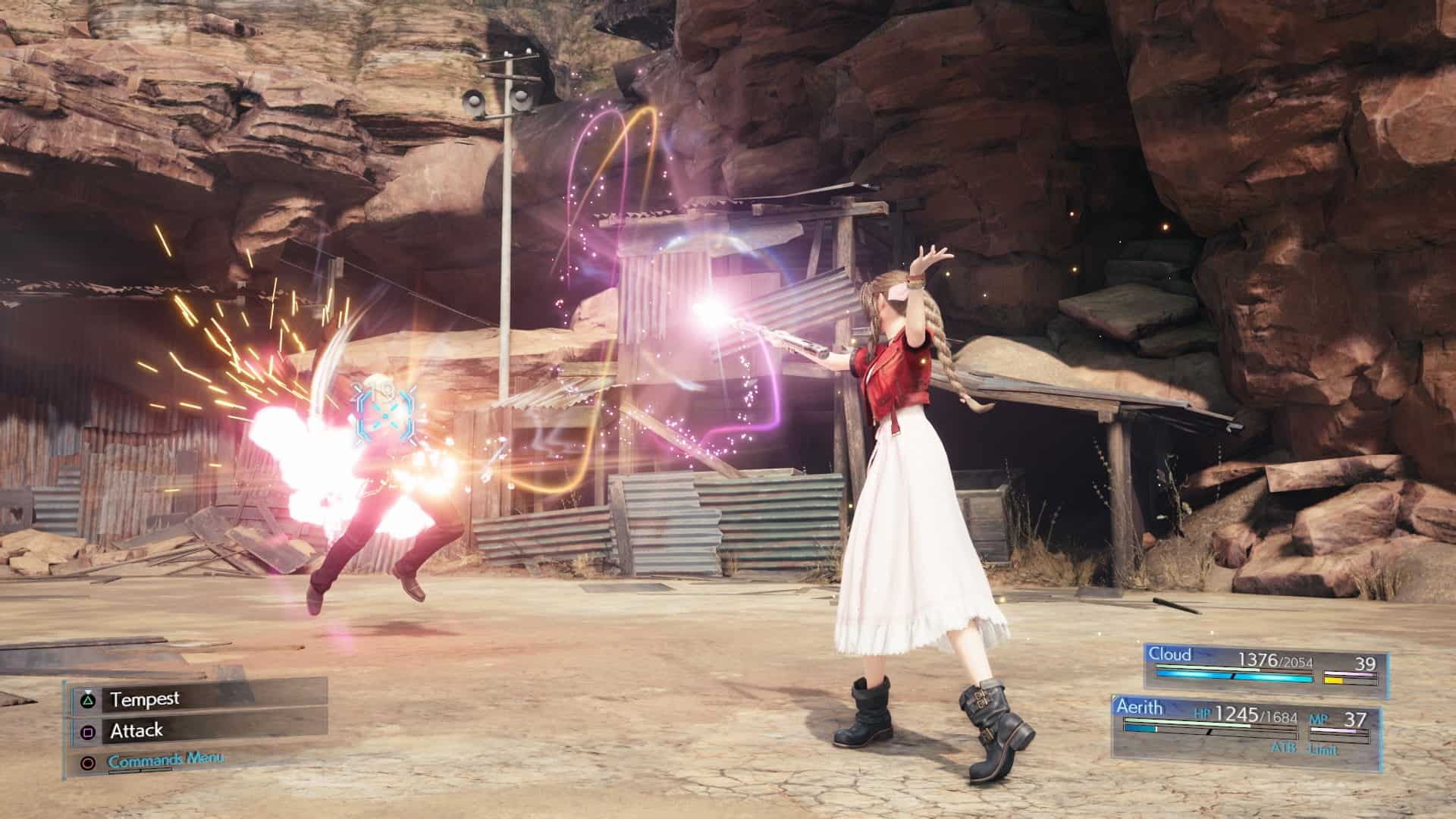 As previously reported, the game is only Part 1. It’s a remake of the first few chapters of the original Final Fantasy VII, expanded to be a full game. Unlike the PS1 original, the remake will feature full 3D environments, voice acting, new scenes and characters, and a battle system combining real-time action and turn-based elements. While Part 1 of the remake nears completion, Part 2 is currently in development at Square Enix.

The Final Fantasy VII Remake will now be available April 10, 2020 for PlayStation 4.