Sonic 2 and Puyo Puyo 2 out now on Nintendo Switch

The Nintendo Switch may have missed out on the Sega Megadrive Collection but it is being shown plenty of love from Sega and M2. With their continued Sega Ages series of enhanced ports, there is a steady stream of goodness to be found on the Switch online store. The latest releases are Puyo Puyo 2 and a game some consider to be the best Sonic game of all time, the seminal Sonic 2. The jury may be out on that one, but we can all agree M2 are wizards when it comes to porting these games for new consoles and are constantly turning in high quality versions of classic Sega games.

Puyo Puyo 2 is one of the biggest arcade games of all time in Japan. For those of us in the West you may most likely remember Dr Robotnik’s Mean Bean Machine on the Mega Drive which was a re-skinned version of the title. Or they may have played Puyo Puyo in one of the Yakuza games at some point. For those unfamiliar, it is a Tetris like game but you match colours rather than shapes. It is famous for its competitive play and is totally worth checking out. 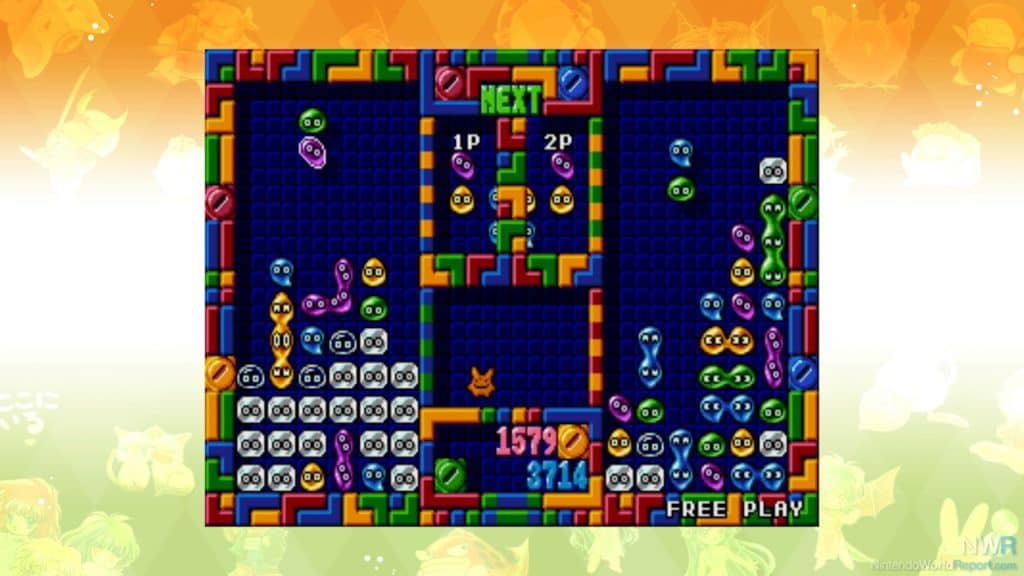 Puyo Puyo 2 is a solid game for sure, but the star of the show here is definitely Sonic 2. Released in 1992 it is one of the first games to have a simultaneous launch date in an age where it was not unusual to have a year or two between first release and arriving on our shores here in Australia. It features an awesome soundtrack by Masato Nakamura (from J Pop band Dreams Come True) and of course was the debut of Miles “Tails” Prower.

This release features a couple of enhancements, for example the Drop Dash move from Sonic Mania. It also includes Sonic 2 featuring Knuckles, which was previously only playable by utilising the lock on cart technology of Sonic and Knuckles and plugging your copy of Sonic 2 into it. This lets you play through the game as Knuckles, which was a surprising feat back in the day and could be a first for some. It also features Super Sonic Mode which allows you to go Super Sonic from the start of the game, but of course it’s more fun to run through the awesome special stages and collect your Chaos Emeralds to earn that pleasure.

To be honest both of these games are solid contenders for purchase. Retro inspired games are all the rage at the moment. The online market place is filled with pixel art, low poly games and imitators, most of which are pretty average to say the least. But hidden amongst the trash is the real deal.

Sega Ages Sonic 2 and Puyo Puyo are out now on Nintendo Switch.