Cyber Shadow, an upcoming retro-styled 2D action game, has been announced with a flashy new trailer. The game, which is being developed by Mechanical Head Studios and published by Shovel Knight developer Yacht Club Games, sees the player control a cyborg ninja who slices robots in half with his sword. Its release date is currently undetermined, but it will release for PS4, Xbox One, PC and Nintendo Switch.

In Cyber Shadow, you play as a techno-ninja in the future, appropriately named Shadow. In your quest to rescue your clan in the post-apocalyptic Mekacity, you must fight giant bosses and other enemies that stand in your way. Similar to Yacht Club’s Shovel Knight titles, the game takes many influences from classic 8-bit titles, such as Ninja Gaiden. This includes retro-inspired cutscenes and graphics and a chip-tune-inspired soundtrack produced by Enrique Martin and Shovel Knight composer Jake Kaufman.

Despite not being developed by Yacht Club Games, the gameplay shows some parallels with Shovel Knight. Similar to the Blue Burrower, Shadow can jump on enemies with his sword to damage them from above. The ability to slice into airborne objects and enemies to gain height and momentum also calls to mind the later released Spectre of Torment campaign for Shovel Knight. Of course, Shovel Knight was very good, so if Cyber Shadow has the same level of polish, then it is definitely something to look forward to.

According to Yacht Club Games, Cyber Shadow has spent the last ten years being developed by its lead developer Aarne “MekaSkull” Hunziker, and has spent the last year being polished and fine-tuned with Yacht Club Games. The game was pitched to its publisher as “an NES-style game that had the level design principles of Mario, the skills and action of Ninja Gaiden, the enemy designs of Contra, and the dark visual aesthetic of Batman”. As a developer who has excelled in making faithfully updated retro-inspired platformers, Yacht Club Games seems like a good fit to oversee Cyber Shadow’s development. 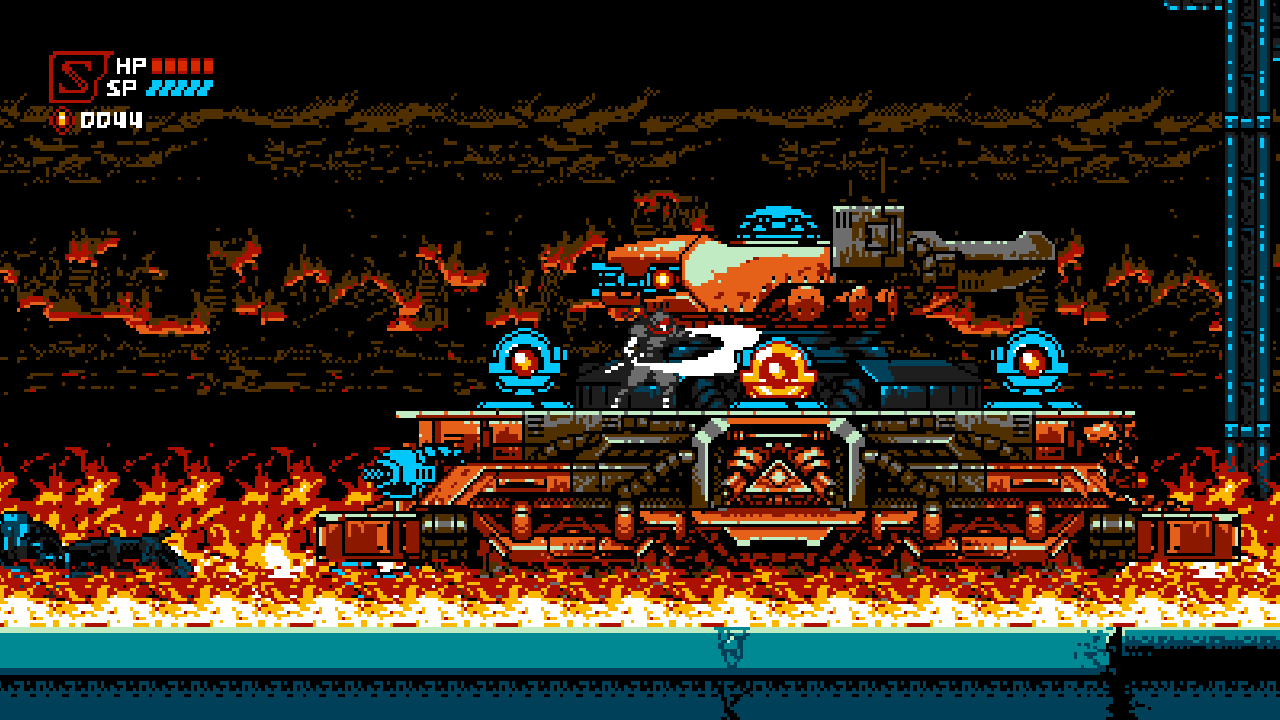 Cyber Shadow is scheduled to be released in later this year on Nintendo Switch, PlayStation 4, Windows PC via Steam, and Xbox One. It will be available via Xbox Game Pass on both PC and Xbox One.