E3 2020 officially cancelled due to Coronavirus

After a whole lot of speculation and assumptions, E3 2020 has just been officially cancelled by the Entertainment Software Association (ESA). Their full statement can be seen below.

“After careful consultation with our member companies regarding the health and safety of everyone in our industry – our fans, our employees, our exhibitors and our longtime E3 partners – we have made the difficult decision to cancel E3 2020, scheduled for June 9-11 in Los Angeles.”

“Following increased and overwhelming concerns about the COVID-19 virus, we felt this was the best way to proceed during such an unprecedented global situation. We are very disappointed that we are unable to hold this event for our fans and supporters. But we know it’s the right decision based on the information we have today.”

“Our team will be reaching out directly to exhibitors and attendees with information about providing full refunds.”

“We are also exploring options with our members to coordinate an online experience to showcase industry announcements and news in June 2020. Updates will be shared on E3expo.com.”

“We thank everyone who shared their views on reimagining E3 this year. We look forward to bringing you E3 2021 as a reimagined event that brings fans, media and the industry together in a showcase that celebrates the global video game industry.” 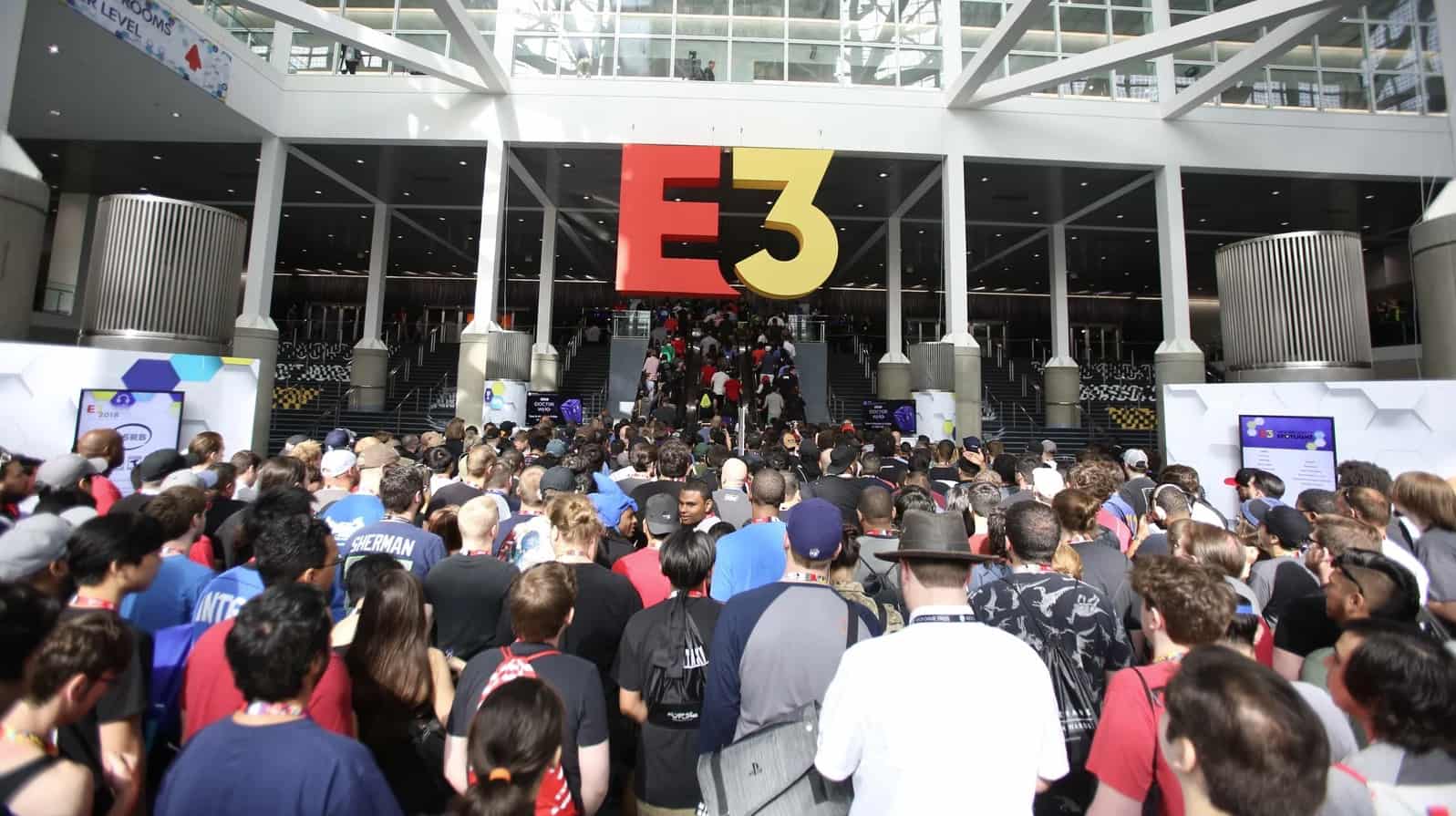 The Electronics Entertainment Expo (E3) is set to cancel or postpone the 2020 event amidst rising Coronavirus fears. The conference is one of the biggest in the world with gaming companies using the event to reveal release dates and gaming exclusives.
The news comes just weeks after the 2020 Games Developers Conference (GDC) was cancelled. GDC was supposed to be held in San Francisco from the 16th – 20th of March. Big players such as Facebook, EA, Amazon, Epic and Sony all pulled out of the GDC before the event was officially cancelled.

E3, which is scheduled to run from June the 9th – 11th, is always held at the Staples Center in the city of Los Angeles, a region of the United States that has declared a state of emergency due to the Coronavirus last week. Twitter erupted with rumours about the possible cancellation of the event, with Devolver Digital tweeting “Cancel your E3 flights and hotels, y’all.” 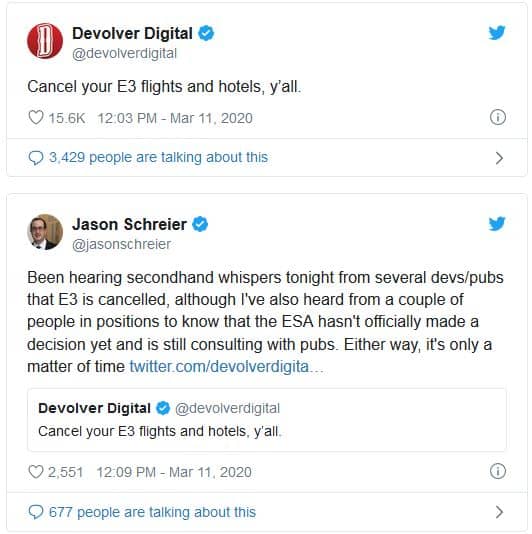 Jason Schreier, news Editor of Kotaku and author of the awesome “Blood Sweat and Pixels”, retweeted Devolver Digital saying that he has “been hearing secondhand whispers…from several devs/pubs that E3 is cancelled.”

The event’s official website states that they “are monitoring and evaluating the situation daily” which means closely paying attention to the Centers for Disease Control and Prevention (CDC) and the World Health Organisation.

2020 marks E3’s 25th anniversary and big names such as Nintendo, Microsoft, Epic, Bethesda, Capcom and Bandai Namco have all confirmed their attendance. Sony would not be in attendance, nor were they in 2019 and EA and Activision both reported they will also not attend in 2020. With two new consoles (from Xbox and PlayStation) aiming to be released at the end of 2020 and the ESA saying that this year will be their chance to “reinvigorate the show and, frankly, shake things up”, it’s a sad to think that the event may not take place.

The ESA is expected to make an official announcement soon.