The latest guest character in Ubisoft’s online hack-and-slasher, For Honor, is the titular Prince from the Prince of Persia franchise. Until April 2nd, For Honor players will have access to new skins and loot, as well as a new map to play on, during the Blades of Persia event. Meanwhile, the Prince will act as an adversary to both sides while the event is active.

The crossover’s feature event is called Ruler of Time. This event type plays similarly to a standard Dominion match, however players also have to overcome the Prince of Persia. As in The Sands of Time, the Prince can rewind time when in mortal peril, restoring himself to life after a deathblow with half his health. In addition, his time and sand manipulation powers allow him to teleport, slow time, and summon ethereal spears to trap opponents.

The map the event takes place on is based on the existing Knight’s Harbour map, albeit with lots of added Prince of Persia references. Blades of Persia also includes an Event Pass for all players, with 30 tiers of free, Prince of Persia themed gear, weapons, and loot. In addition, there are two new skins and a new execution animation available for purchase with in-game currency. 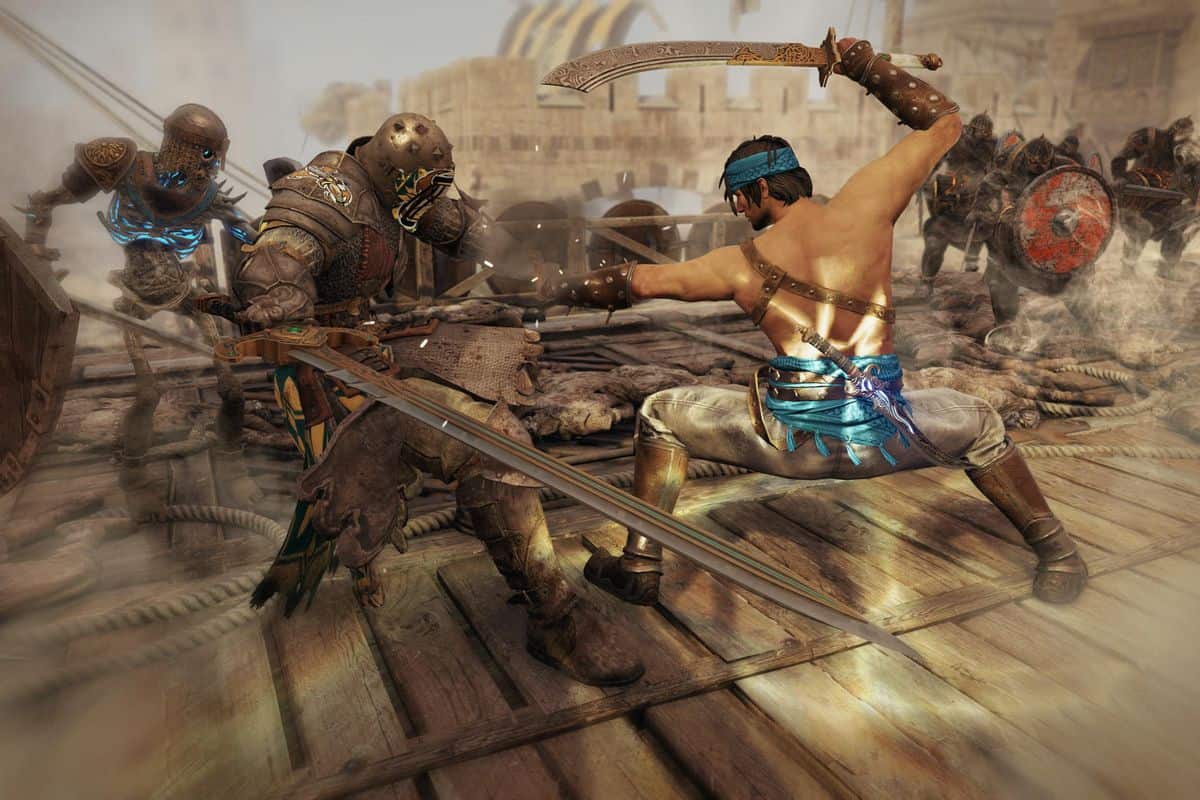 According to the Warrior’s Den livestream, the developers have announced that this is only the first chapter in a two-part event. In the second stage starting March 19th, the Prince will be replaced by the Dark Prince from Prince of Persia: The Two Thrones. This is not the first time a Ubisoft franchise has crossed over with For Honor; the Assassins Creed franchise had their turn in December 2018. This is the first time that it has been a franchise that Ubisoft is not currently making games for, raising potential hopes for a Prince of Persia revival.

Despite coming out three years ago, Ubisoft has been steadfast in supporting For Honor. Aside from these crossovers, new modes and content have been regularly added, often for free. Ubisoft has shown no sign that support for For Honor is going to end anytime soon. Players have until April 2nd 2020 to log in and participate in the Blades of Persia event.