Levi’s collabs with Nintendo for this Super Mario clothing line

Last week, the US clothing brand Levi’s teased us on Twitter that some collaboration with Nintendo (specifically Mario) would be taking place. While Mario is certainly no stranger to crossovers, we usually get them in the form of sports games and spin off titles, rather than from a clothing label. It doesn’t take a genius to work out what a clothes maker might do with the Mario IP, but we hadn’t received official details on the matter until today. As might be obvious, the collaboration has been revealed to be a clothing line themed around Super Mario iconography.

The Levi’s X Super Mario apparel range apparently includes a large variety of different types of clothing: jackets, pants, shirts, overalls, plus all kinds of accessories. The line will feature not just the red plumber himself but all sorts of characters, enemies, and items. 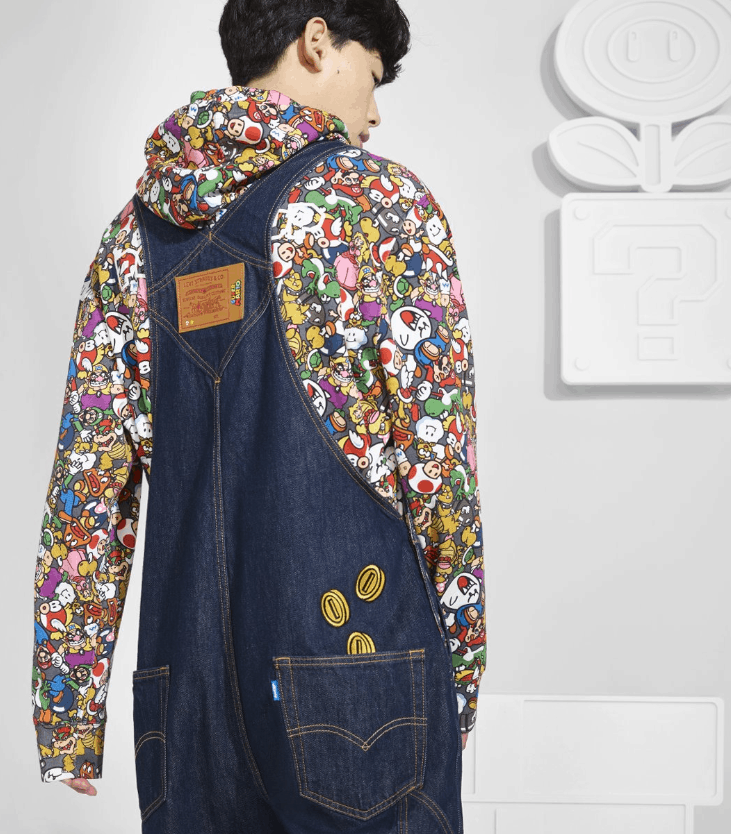 In a press release to fashion news outlets, Levi’s remarked “For Levi’s, working with Nintendo’s Super Mario fit like a glove. Ever since Levi Strauss patented his first studded jeans in 1873, the brand from California has stood for outstanding design. The inventor of Super Mario, Shigeru Miyamoto, is also one of the most successful designers in the history of video games. Mario has appeared in over 200 games since 1981, making him a globally recognised icon, just like Levi’s.”

As Australia leaves the Summer months and heads into cooler weather, this may be the perfect time for Aussie nerds to pick up some denim featuring the all-star cast of Super Mario. The exact price range of this exciting collection hasn’t been revealed yet, but we can make an estimate. Generally, the Levi’s brand usually retails for around $60 and upward, and you can bet that the denim products will be a bit more on the expensive side at $100-$200. The collection is to be released on April 1 2020, but thankfully it doesn’t seem to be an April Fool’s joke. Check out the pics below for just some of the stuff that’s coming our way: