Xbox Series X has more details, and size likening to a fridge

It’s been a few months since the Xbox Series X reveal at The Game Awards last year. Since then, we’ve had a few sprinkling of teases and information about the incoming next gen console. Now, Microsoft has provided us perhaps the biggest chunk of information yet with a blog post.

Firstly, one of the big selling points Microsoft has been teasing for their new console is that it’ll look to be the most powerful Xbox ever. To achieve this, there’ll be all the big tech bells and whistles to get many excited. Hardware accelerated raytracing, more games running at 4k 60fps (or even 120fps for the more demanding games) are all expected. This feat looks to be reached by a high end custom designed processor. All that may be daunting and hard to wrap your head around if you’re of the less tech savvy like I. We have however included the full provided list of system specs below to get some of you very excited. 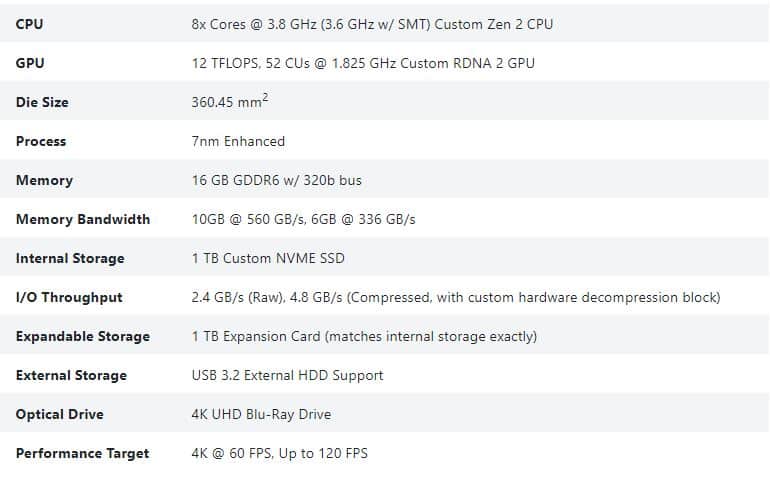 An exciting age for tech

Perhaps one of the most exciting functions of the Xbox Series X will be the system load times. Forever have gamers been stuck in slow start ups for online services (I’m looking at you GTA: Online) or even stuck in those long elevator ride loading screens in single-player games. Now, with the speed the next gen console’s SSD (solid-state drive), Xbox aim to be done with a big amount of this. The SSD combined with the processing power will let big, vast games load better and faster not only in loading screens but in real time.

That’s not all though. There’s a quick resume function in the Xbox Series X. What this means is it’ll allow for multiple games to be put on hold on the system. Say you start up Gears 5, then later decide you want to continue where you previously left off in Halo. Quick Resume lets you do this on the fly, starting up another game you’ve previously minimised. Getting right back into the action is promised to be that easy. A tech demo of the process has been included below.

An interview with Ryan Whitaker, Senior Designer at Xbox, was also provided, detailing the new controller for the console. It doesn’t look too vastly different from the Xbox One controller and instead looks like a nice polishing of the prior generation’s version. It’s going to be more comfortable and suitable for a variety of audiences. To achieve this, it has a reworked D-pad, rounded off and neater bumper and trigger buttons, a USB-C port and, most fresh, a share button for capturing game footage. You can read the full interview here.

Xbox Series X: Bigger than a banana but smaller than a fridge!

Now, if you’re familiar with the memes that came out of the Xbox Series X announcement, you’ll know the giant brick of a console has been likened to stuff like a fridge. Xbox have played along and done some fun marketing for the console with this. They’ve shared this post below that shows the next gen console next to a fridge for size comparison.

Tech journalist Austin Evans, who was one of the first of the public to get their hands on the Xbox Series X, went one step further and showed the console in comparison to a banana. Yes, you read that right.

So, there you have it. Whether you were curious about specs, the new controller or how the system compares in size to a banana, you now have it all. If you’re after the full blog post rundown, including information on improved latency and backwards compatibility, you can access it here.

Does all this news have you excited for the next generation of consoles when it launches this Holiday season? Let us know in the comments below. We’ll be sure to update you all with more information when it lands.