In this age of quarantine and social distancing, Animal Crossing: New Horizons has become an unexpected way of keeping connected in these difficult times. One unanticipated way the game has brought people together is by becoming a haven for protestors fighting for democratic rights in Hong Kong. This has caused China to ban the game from sale on eBay-style websites like Taobao and Pinduoduo.

China had not officially approved the sale of Animal Crossing: New Horizons in the first place. This had not stopped the game from being imported by second hand sellers. Since Chinese authorities discovered the game’s popularity on social media among dissidents, the game was banned from those storefronts. According to Daniel Ahmad, a senior analyst at Niko Partners specialising in the Asian video game industry, the ability for players to make politically-charged user-generated content that was circulating on Chinese social media triggered the ban.

In this case Animal Crossing is impacted by both points.

2. The game is extremely popular on social media and everyone knows about it.

Under Chinese law, video games must abide by several regulations and standards to be legally sold in the Chinese market. Games can’t contain anything that “threatens China’s national unity, sovereignty, or territorial integrity”. They can’t harm “the nation’s reputation, security or interests”, or promote cults, or “superstitions”. Game must not “incite obscenity, drug use, violence or gambling” , although loot boxes are permitted. They can’t include anything that “harms public ethics” or China’s “culture and traditions”. There also can’t be any “other content” that might violate China’s constitution or law, whatever that may be. Finally, they must also be published in China by a Chinese company. 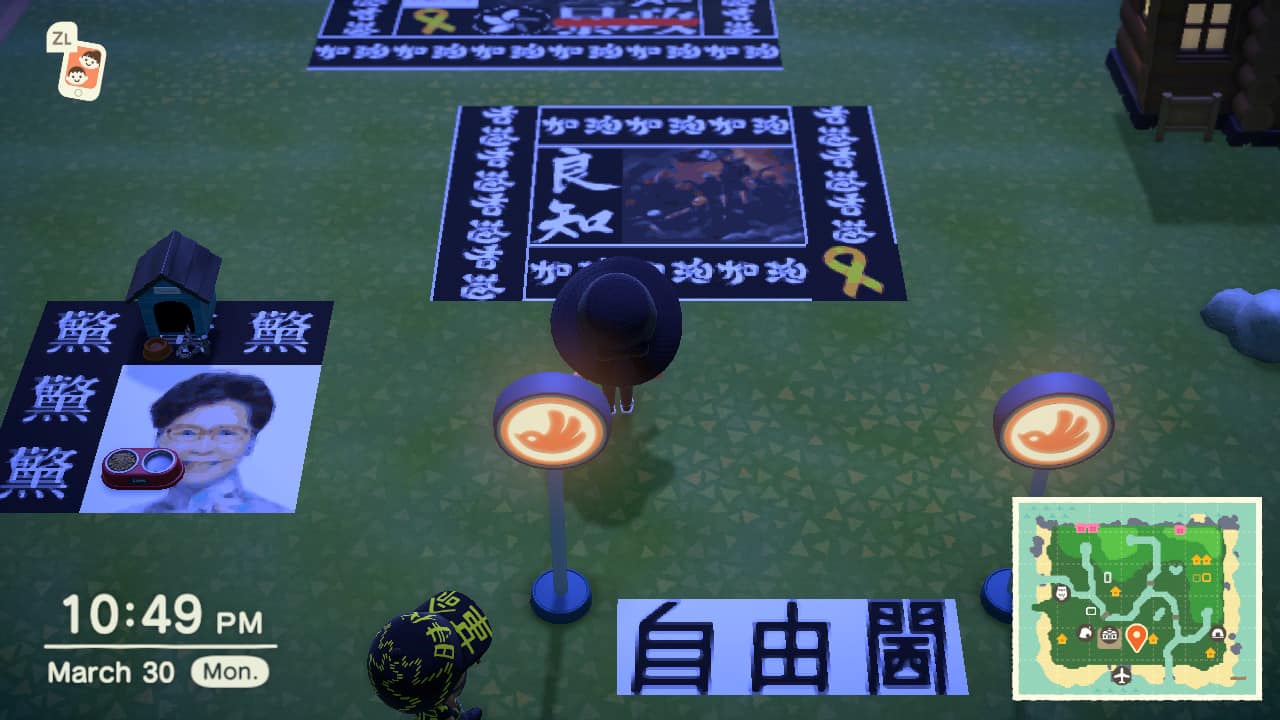 Despite China’s efforts to limit circulation, Animal Crossing: New Horizons, determined Chinese gamers have managed to get their hands on it. Offline, the game works fine in China, and can be accessed online by changing your eShop region. While the game cannot be officially bought online, it is still possible to obtain an under-the-counter copy from private sellers in the region.

The Chinese government exercises a strong influence over what games are permitted in the country. This has led to games like popular Taiwanese horror game Devotion being pulled from stores after being perceived to make fun of Chinese leader Xi Jingping. More recently, Plague Inc. was taken down from the Chinese App Store after its success was seen to distract from China’s own internal messaging regarding spread of COVID-19.

Protestors will always find new ways of getting their message out, it seems. If that means via adorable life sim video games, then that is what they will use.